The number of older people in the Irish workforce has almost doubled in the last 20 years. The pr...

The number of older people in the Irish workforce has almost doubled in the last 20 years.

The ESRI says this is forecast to rise further.

The results are from a new study carried out on behalf of the Health and Safety Authority (HSA) and launched by Minister of State Pat Breen.

The self-employed are the group most likely to work longer.

Among employees, those in public administration and 'other administrative' sectors are most likely to work for longer.

The ESRI says: "These sectors typically provide non-manual jobs and security of tenure.

"Across workers of all ages, those who have poor work-life balance, those whose health and safety is at risk because of their job and those in more physically demanding work are all much more pessimistic about their ability to work in their current or similar job until they are 60-years-old."

Almost one-in-five of those who left employment between the ages of 55 and 59 did so because of illness and disability.

A similar proportion left because of job loss, while 7% left for reasons of family care. 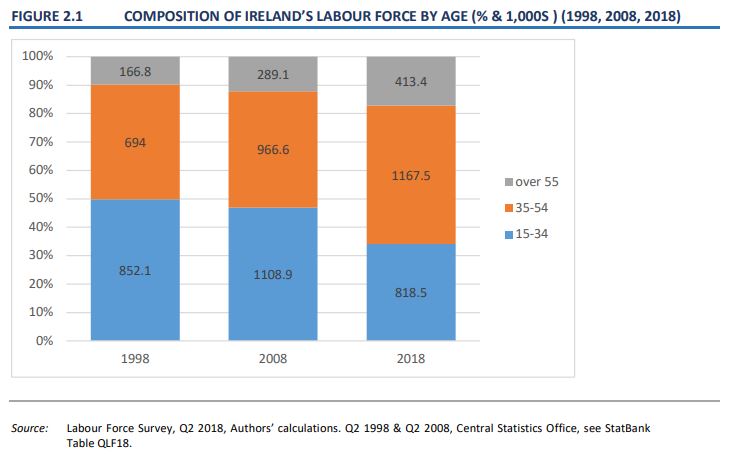 Just over 50% cited 'retirement' or 'early retirement' as the reason for leaving.

Leavers who previously held manual jobs are more likely to leave due to non-retirement reasons, compared to managers/professionals.

Workers in the construction sector and the retail sector are more likely to leave for non-retirement reasons, when compared to those in the industry sector.

While early leavers from the public sector are more likely to cite retirement reasons - and women are five-times more likely to have left early for care reasons than men. 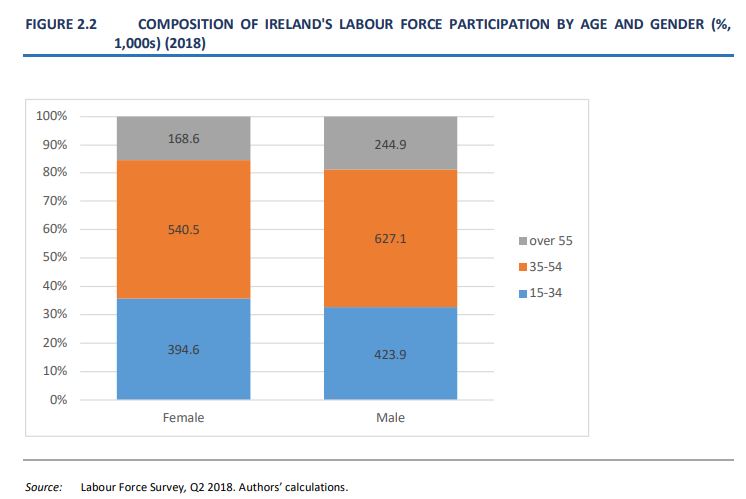 Workers aged 55 to 64 are almost two-times more likely to experience a death than workers under 55.

Workers over 65 are three and a half times more likely to experience a fatality than workers under 55 - but the absolute risk of death remains very small.

Dr Ivan Privalko from the ESRI is an author of the report.

"While the retention of workers aged over 60 in Ireland is higher than the OECD average, there is considerable scope to increase participation further.

"However, simply raising the minimum retirement age will not build sustainable jobs.

"Policies that take account of the variety of push and pull factors leading to early exits from the workplace, including the provision of safe working conditions, is critical to support longer working lives."

Dr Sharon McGuinness is chief executive of the HSA: "This new report from the ESRI shows that with older workers making up almost 20% of the total Irish workforce, there are real implications for all employers.

"Older workers are more likely to suffer a fatal injury, and this is the case regardless of the sector in which the worker is employed."

Urging Irish businesses to embrace the value of older workers, Minister Breen said: "An ageing workforce isn't a burden, it's an opportunity.

"Experience is a critical asset right now, and one that older workers have accumulated over the course of their careers.

"Businesses are going to struggle if they don't embrace older workers and make better efforts to retain and retrain them."