There is “no reason” to have religious symbols in schools, Atheist Ireland has said.

There is “no reason” to have religious symbols in schools, the chair of Atheist Ireland has said.

For generations, a crucifix on the wall or a statue of the Virgin have been common sights in schools across Ireland. However, as the nation becomes increasingly secular, the Government is drawing up plans that ensure new multi-denominational schools are “reflective” of the entire school community.

It should mean that pupils of faith backgrounds other than Catholicism feel their traditions are being honoured within school walls but Michael Nugent of Atheist Ireland thinks it is a missed opportunity.

“There’s no reason to have them [religious statues] there,” he told The Pat Kenny Show.

Adding, “There’s too many; say, if you take at the moment, to oversimplify the problem, you’ve Catholic iconography and therefore people who aren’t Catholic feel left out or alienated.

“If you add in other symbols for other religions… all you would do is you would have fewer people alienated but those that remain alienated would be even more alienated - because everybody except them have symbols there.”

For him, religious belief is on a par with a political ideology and no school in Ireland would suggest honouring a political creed. 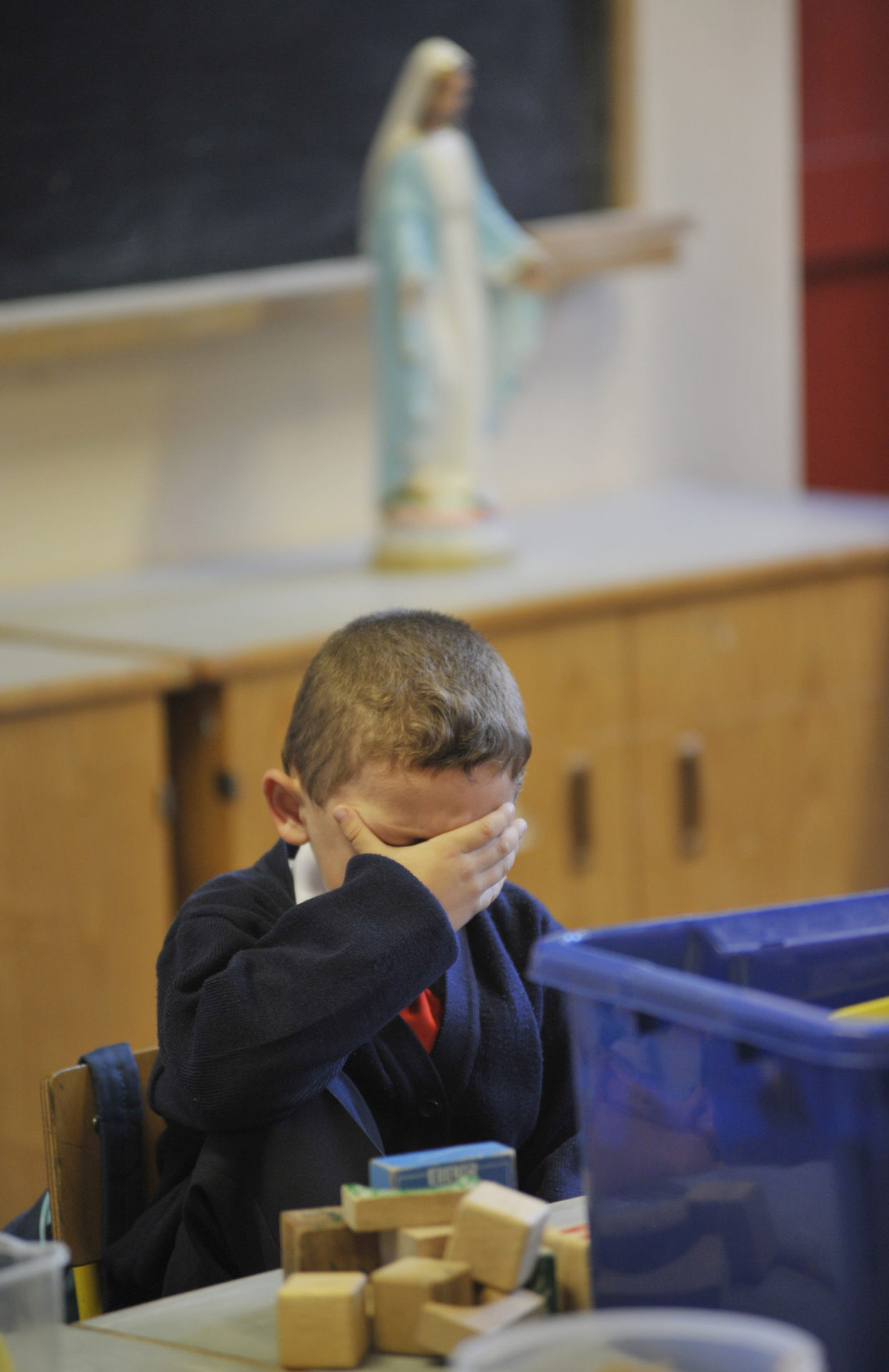 However, for journalist David Quinn, it is the views of parents who should be paramount.

“The parents are the ones who must chiefly be listened to,” he said,

“If most parents in ETB schools want to go down a road where essentially you’ve got a blank wall - 100% fine.

“But if they want them to be multi-denominational and if they want all the symbols in the world to be up in the school corridor, that’s fine too. So, long as they are properly consulted.”