Brexit talks to enter the 'tunnel' amid fresh hopes for deal

The European Union has given the green light for high-level Brexit talks to begin on proposals hammered out between the Taoiseach and the UK prime minister on Thursday.

The details of what they discussed are being kept highly secretive - however, the chief EU Brexit negotiator Michel Barnier outlined them to ambassadors from the EU 27 on Friday afternoon.

It means the talks will enter the 'tunnel’ over the weekend – Brussels jargon for highly-secretive talks between small groups of officials, aimed at hammering out a deal away from prying eyes.

It suggests that whatever Taoiseach Leo Varadkar and British Prime Minister Boris Johnson discussed on Thursday was significant enough for both sides to genuinely believe a deal can be reached.

Speaking after the talks in Cheshire, England Mr Varadkar said he was “absolutely convinced” that both sides want a deal and confirmed that he sees a “pathway towards an agreement in the coming weeks.” 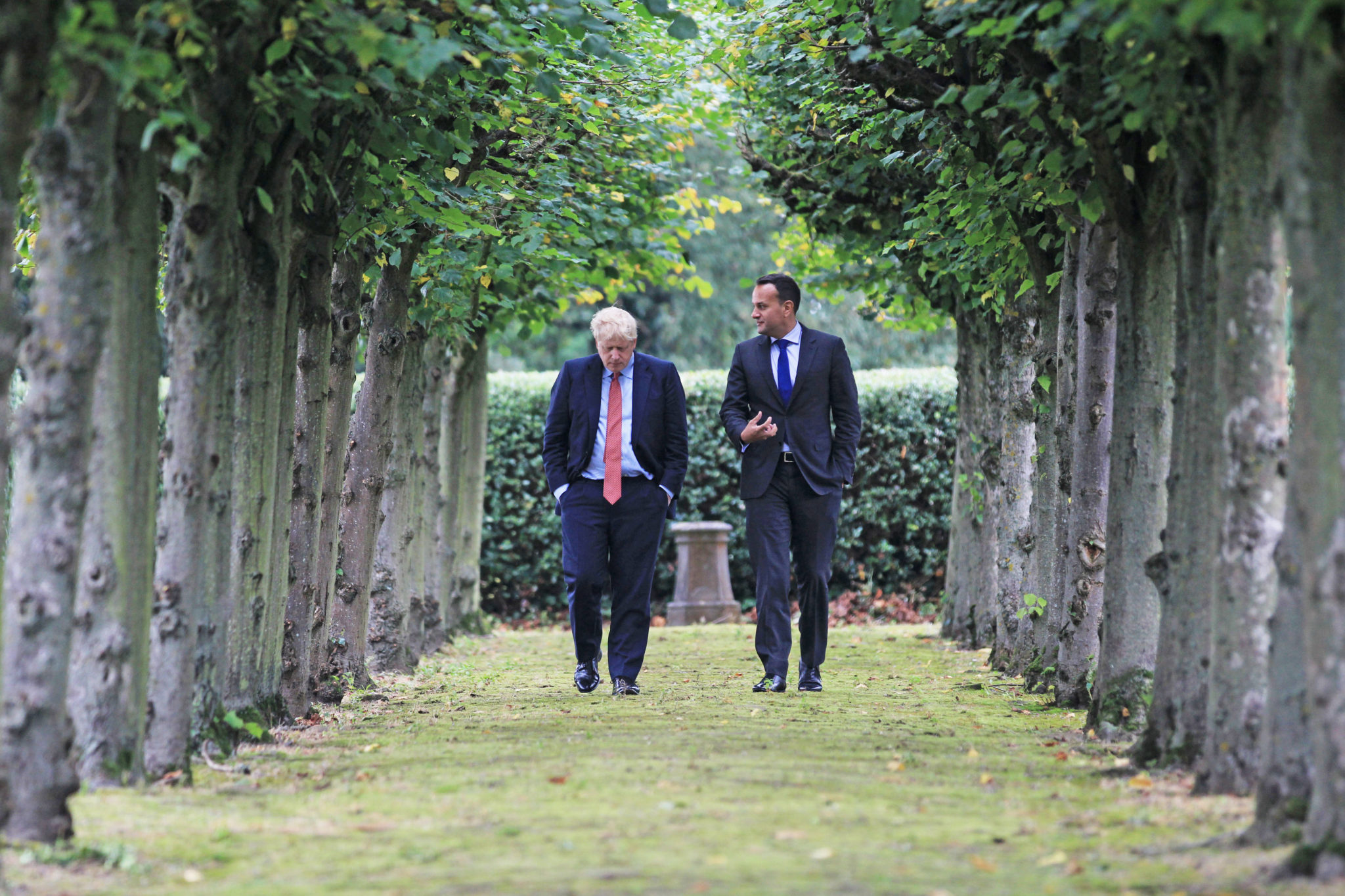 "We are regularly in touch with the prime minister and as a result he is aware of our views.

"We have been consistent in our opposition to the backstop, whether UK or NI only, and anything that traps Northern Ireland in the European Union, whether Single Market or Customs Union, as the rest of the United Kingdom leaves will not have our support."

Mr Barnier told reporters: “Brexit is like climbing a mountain. You need vigilance, determination and patience.”

My press statement in Nicosia on #Syria, #Brexit and Turkey’s illegal drilling activities off the coast of Cyprus: https://t.co/CY8bPulLoI pic.twitter.com/YLY8sjpU1v

The European Council President Donald Tusk welcomed “promising signals” that a deal may be possible in the coming weeks.

In a statement, he said: "When the Irish Taoiseach and the UK prime minister met they both saw - for the first time - a pathway to a deal.

"I have received promising signals from the Taoiseach that a deal is still possible.

"Technical talks are taking place in Brussels as we speak.

"Of course, there is no guarantee of success and the time is practically up.

"But even the slightest chance must be used. A no deal Brexit will never be the choice of the EU."

"I think at this stage probably the less said the better," he said. "Focus today very much switches to Brussels where Secretary of State Barclay is going to meet with Michel Barnier."

"I would anticipate that will lead to some more detailed proposals being laid down and then the possibility for talks to enter the proverbial tunnel."

He has revealed little about the detail of what was discussed – amid reports of “significant movement” from the UK side.

The three-hour meeting largely focused on customs and winning the consent of the people of Northern Ireland. 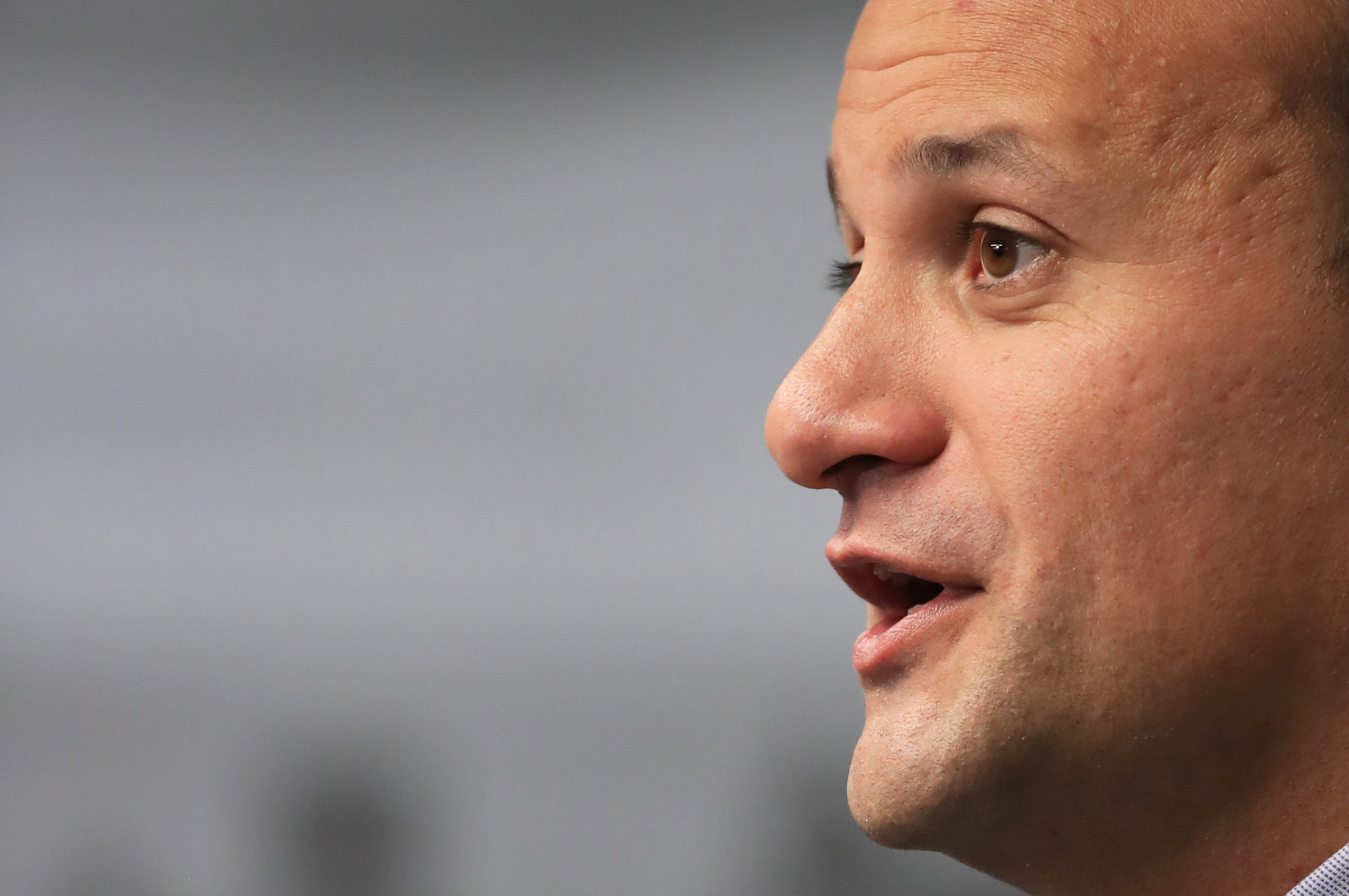 Speaking on his way home from the meeting, Mr Varadkar said it was “very positive and very promising.”

“I am now absolutely convinced that both Ireland and Britain want there to be an agreement that's in the interests of Ireland and the United Kingdom and the European Union as a whole, and I do see a pathway towards an agreement in the coming weeks," he said.

“There are of course issues yet to be fully resolved. The first is the issue of consent and democracy – ensuring that any long-term arrangement that applies to Northern Ireland has the consent of the people of Northern Ireland.

“The second is the issue of customs.”

He said he believes a treaty can be agreed by the end of October but warned that there is “many a slip between cup and lip and lots of things that are not in my control.” 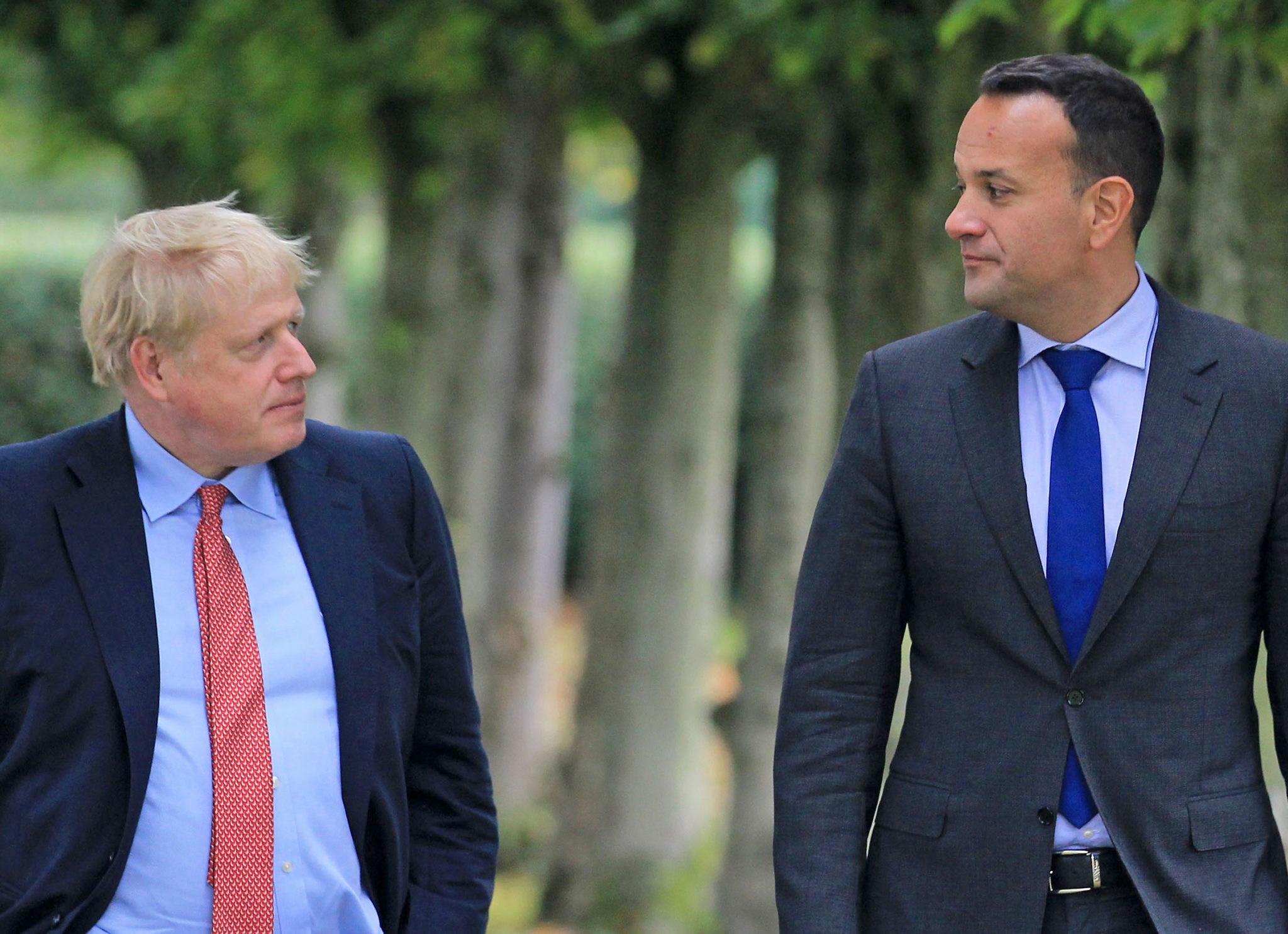 Reports earlier  in the UK indicate that Mr Johnson is proposing a form of “pared-down free trade agreement” removing the need for any tariffs on goods moving between the UK and the EU.

However, that plan would fall short of the meeting the objectives of the backstop as it would not remove the need for customs checks on some goods.

There are reports that there has been "significant movement" from the British side on customs - which could mean a revival of the backstop or a customs border in the Irish Sea.

Mr Johnson believes the vast majority can take place at ports and airports, largely removing the need for border infrastructure and related checks.

It remains to seen whether further movement will be required by the EU or Dublin.

Meanwhile, the Central Bank has warned of major job losses if the UK crashes out without a deal in three weeks' time.

It believes a no-deal scenario will see 73,000 fewer jobs over the next two years.

The bank expects the unemployment rate could rise to just under 7% 2021 in a no-deal scenario, compared to 4.8% if a deal is reached.

It is also predicting shocks to the exchange rate, trade and investment, particularly in the agriculture and SME sectors.

With reporting from Seán Defoe and Jack Quann