The first journeys under the new BusConnects plans began operating on Sunday morning as part of a...

The first journeys under the new BusConnects plans began operating on Sunday morning as part of a major overhaul of Dublin's bus system.

The network is switching to a 'spine' based, branching system, with routes on the so-called 'H spine' the first to get under way.

The entire system will involve the creation of around 230 kilometres of priority lanes.

There will be a total of eight spines, with various orbital, local and city-bound routes to cover areas and routes outside the spines.

Anne Graham, CEO of the National Transport Authority, outlined to Brianna Parkins on Newstalk Breakfast Weekends how the services are changing and the next phases of the BusConnects plans.

"They commenced operating today and they generally run from those locations through the Howth Road to the city centre.

"It's phase one of the BusConnects network, we hope to roll out phase two, which are the services that run along the Lucan Road, in October this year." 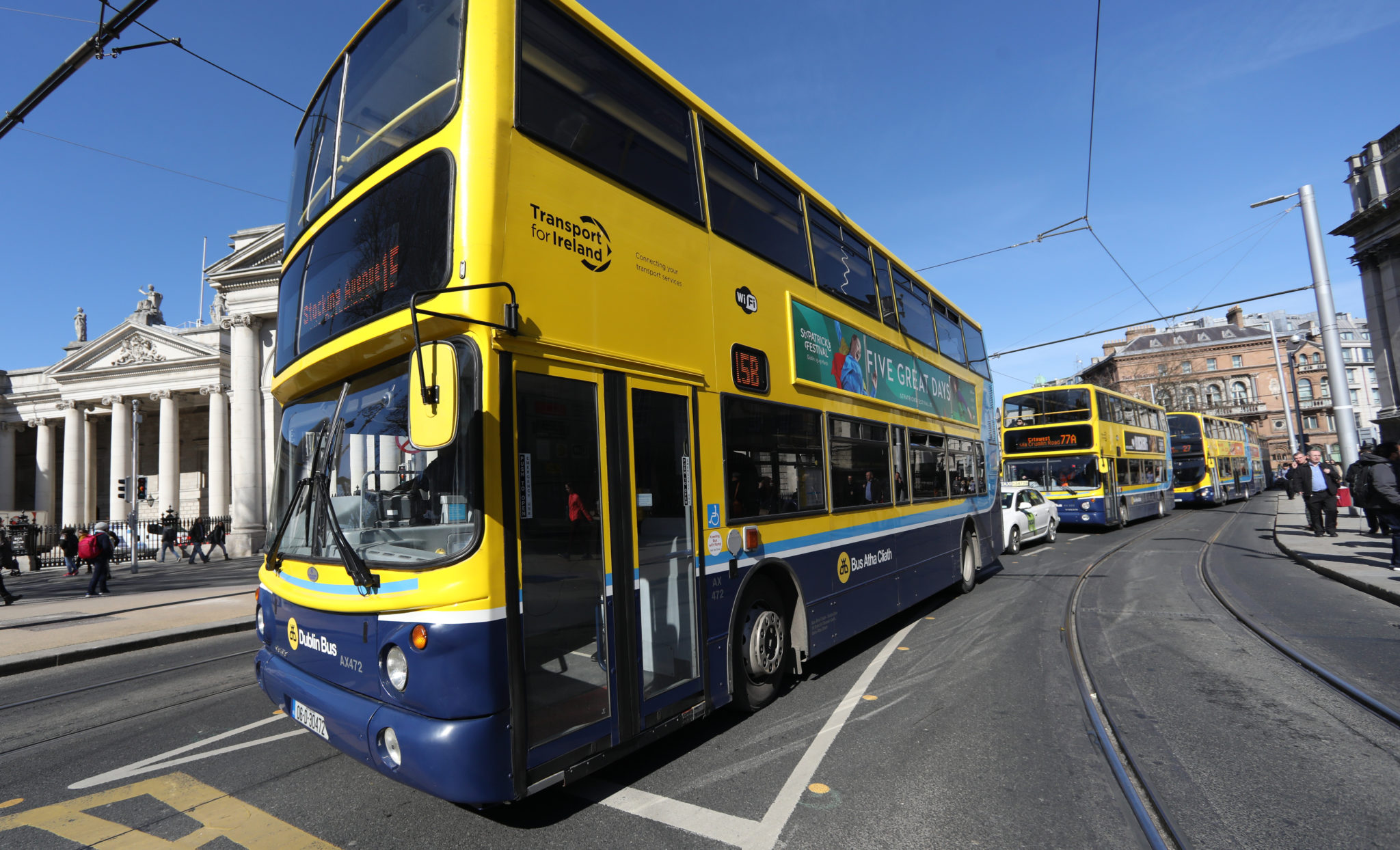 Ms Graham said work on the project has been under way for several years and the new service is being commenced in preparation for when people return to offices and resume using public transport again.

"At the moment, we have constrained [capacity] to 50% but we hope for it to be back with no restrictions later this year," she explained.

"We've been working on improvements to ensure that when people come back they have a much better system and a much better network of services.

"But we want people to have the best services, not just for their commuting journeys but even when people are working from home, we find they would be making trips off-peak as well so we're providing more services in that period and also at weekends."

She added that the number of people making trips to coastal areas in Dublin during the pandemic has increased, so the Transport Authority is hopeful that frequent services at spaced intervals can operate effectively on the Howth Road, in particular.

The next phase of the BusConnects plans will be rolled out on the Lucan Road in October, followed by three further phases next year.

It is expected that it will take two to three years to roll out the full plan.

There will also be additional services added to the network, including the O ring operating an orbital route around the North Circular Road.

"There's a lot of other new services so overall it will increase the frequency and the amount of services by 23% so a very significant increase in coverage and availability of services," Ms Graham said.

She added that concerns from the public about the bus corridors, cycling facilities and tree felling have been taken on board and "where possible" some route designs have been altered.