Finland formally announced it will apply for membership, along with neighbouring Sweden

The North Atlantic Treaty Organisation (NATO) has 'an open door' for countries that want to join it.

That's according to Jim Townsend, a former US deputy assistant secretary of defence (DASD) for European and NATO Policy.

He was speaking after Finland formally announced it will apply for membership of NATO, along with neighbouring Sweden.

Russia's invasion of Ukraine has seen big support for Finland joining the military alliance, with polls suggesting around three-quarters of the population there now support membership.

Mr Townsend told The Hard Shoulder NATO 'will be there' for other countries that may want to join.

"Those who've opted not to join the alliance, they're going to probably feel a bit more isolated.

"They won't have the added security having like-minded nations with them in case of trouble.

"And now they've got the security that comes with being part of the alliance."

"How does it feel to be part of an alliance in terms of the insecurity they may feel in their region?

"Nations have their own views of things - and so the alliance has an open door.

"When that nation feels like Sweden and Finland did, that the situation has gotten dangerous for them or they feel insecure and want to join the alliance, NATO has an open door and NATO will be there". 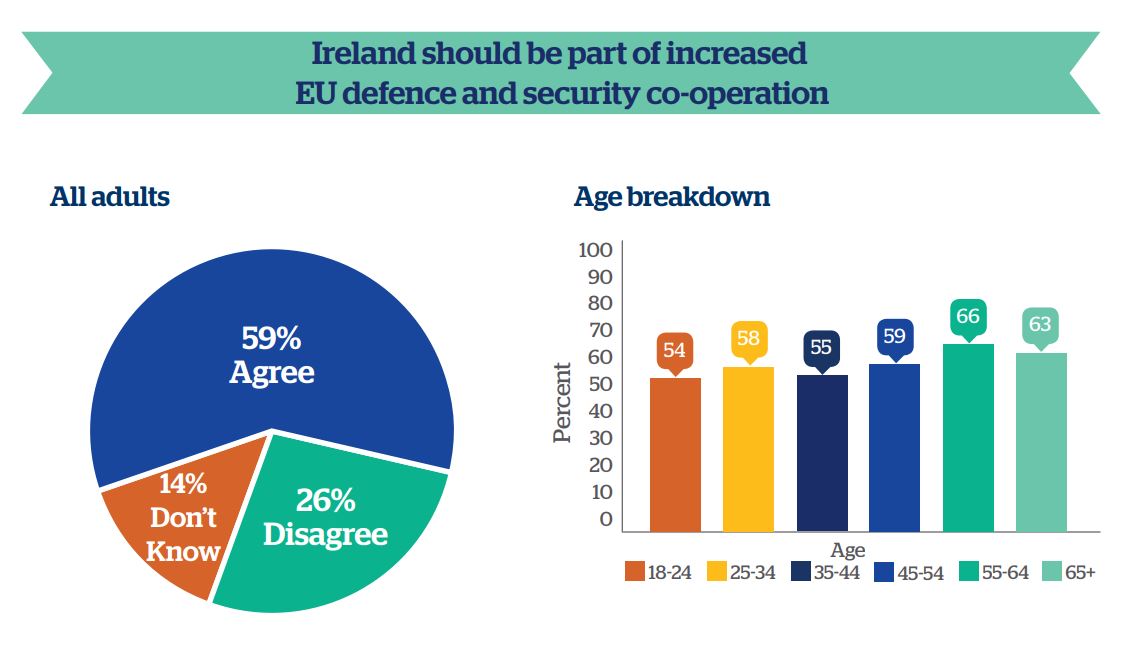 It comes as 59% of people in Ireland support increased European Union defence and security co-operation.

That is according to a RED C poll which was conducted for European Movement Ireland.

The poll found that following Russia's invasion of Ukraine, 59% of those polled agreed that Ireland should be part of an increased EU defence and security co-operation.