The taxi hailing app MyTaxi is to change its name for the second time in two years. The app is to...

The taxi hailing app MyTaxi is to change its name for the second time in two years.

The app is to become 'Free Now' later this year.

The company has said the change is as a result of its majority shareholder, Daimler, joining forces with BMW.

This is the company's second re-brand in as many years.

In a statement on this latest change, the company said: "At MyTaxi, we're always working hard to give people the freedom to move around cities as easily as possible.

"We're excited for the next step of the MyTaxi journey as we change our name to Free Now later this year.

"As we continue to grow across Europe, it's important that we are consistent, recognisable and offer the best experience possible to all our passengers, no matter where you hail from". 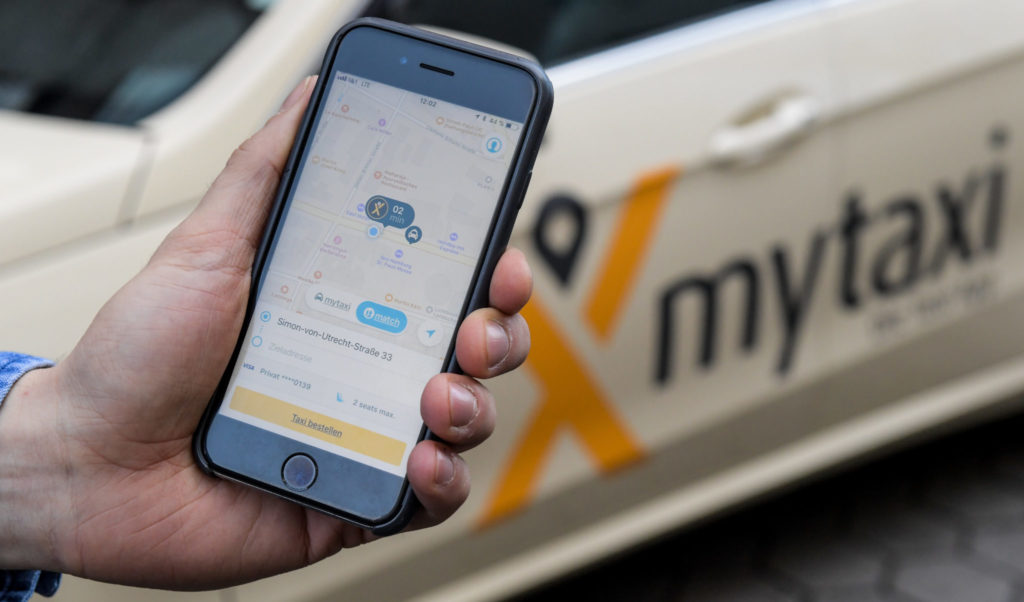 A man holds up a smartphone with the 'MyTaxi' application in front tof a 'Mytaxi' car | Image: Axel Heimken/DPA/PA Images

But it added that there will be no change to the MyTaxi service or app.

The current MyTaxi app will become Free Now later this year through an app update.

Customers will be notified via e-mail when the re-brand is taking place. However there is not an exact date for when the change will happen.

The company explained: "As part of a new agreement between our majority shareholder Daimler AG and BMW, later this year the MyTaxi app is to join a wider mobility brand family which is focused on expanding transport services offered to passengers in Ireland, across Europe and globally.

"This change will not require any actions from passengers or drivers in Ireland, who will still continue to be serviced and supported by the same existing MyTaxi Ireland team.

"It will not involve any data migration, technical adjustments or the need to download a new app."

"MyTaxi remains focused on meeting the growing public demand for taxis and the expansion of our regional footprint across Ireland in 2019", it added.

The app is available in nine countries and over 100 cities across Europe.