A mural paying tribute to President Michael D Higgins' dog Síoda has been painted in Dublin. It ...

A mural paying tribute to President Michael D Higgins' dog Síoda has been painted in Dublin.

It was announced last week that the Bernese mountain dog had passed away following a short illness.

She had been recovering after an operation earlier this year.

She was one of two Bernese mountain dogs that President Higgins has, along with Brod.

The two dogs became celebrities in their own right - greeting visitors in the Phoenix Park, ranging from British royalty to the Irish women's field hockey team. 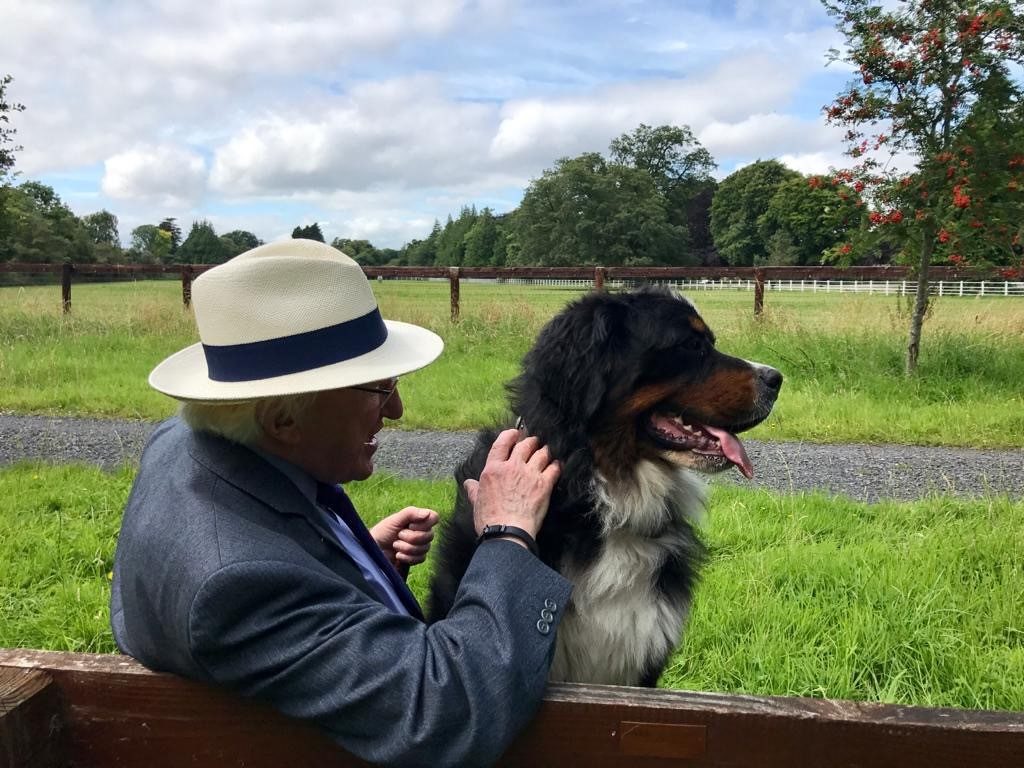 President Michael D Higgins with his dog Síoda. Picture by: Áras an Uachtaráin

Now a mural, which depicts the President's pet as a saint, can be seen in Ringsend.

It includes the caption "Naomh Síoda madra na héireann" - which translates as 'Saint Síoda, the Dog of Ireland.'

The artist, known as High King Jack, said he wanted to paint the piece "in honour of an absolute unit in the world of Irish diplomacy".