It follows so-called 'referendums' in the territories of Donetsk, Kherson, Luhansk and Zaporizhzhia

A Ukrainian MP has said the latest move by Russian President Vladimir Putin is part of his plan to 'completely destroy' Ukraine.

Lesia Vasylenko was speaking as preparations are underway in Moscow's Red Square for a ceremony to make Russia's annexation of four Ukrainian regions official.

It follows so-called 'referendums' in the territories of Donetsk, Kherson, Luhansk and Zaporizhzhia.

Amnesty International has said the votes took place at gunpoint in the presence of Russian soldiers.

Ms Vasylenko told Newstalk Breakfast this is Putin's 'plan B'.

"For us it's going to be another stage of Putin's big plan to completely destroy and annex Ukraine come to life.

"He wanted to take Kyiv in a matter of hours - he failed - his army suffered innumerable loses.

"So he moved on to his plan B, because unlike Ukraine, he has the luxury to have a plan B.

"His plan B was to stage events which you cannot even call a referenda: these were either fixed results, or results being obtained from people being held at gunpoint".

She said people should not be fooled by any softening of Russian rhetoric.

"Please, please, please do not be fooled by any kind of rhetoric - coming from anyone - saying that Russia can settle for at least a part of territory of Ukraine.

"That is simply not the truth.

"Russia is rebuilding an empire - that is also stated in their national development strategy, basically."

Foreign Affairs Minister Simon Coveney has said Ireland rejects the "sham referendums" carried out in occupied Ukrainian territory by Russia "and its proxies."

"These referendums are both illegal and illegitimate," he said. 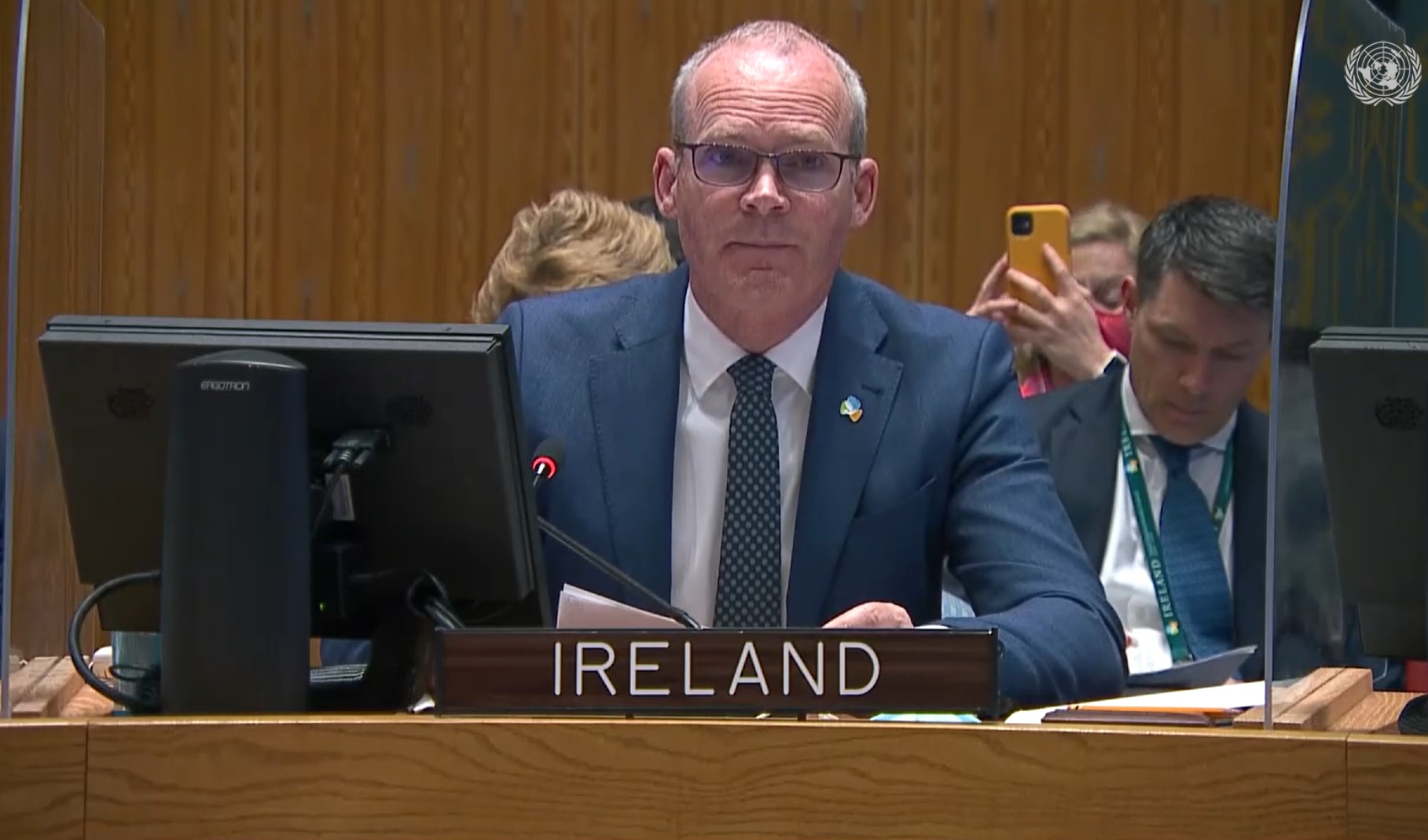 "They are illegal because they violate the UN Charter and Russia's obligations under international law, including the law of occupation.

"They also ignore Ukraine's constitution, which provides a legal basis for any referendum that would affect the territorial boundaries of Ukraine."

Mr Coveney said they "do not reflect the popular or freely expressed will of the Ukrainian people."

"Ireland will never recognise Russian claims to illegally-annexed parts of Ukraine, and will remain steadfast in its support for the people of Ukraine", he added.

US President Joe Biden has slammed Russia's "so-called referendum" as a "shameless and transparent effort by Russia to annex parts of neighbouring Ukraine".

He said the results of Russia's "referendums" "were manufactured in Moscow".

He said: "There is no legitimacy whatsoever in the results of these sham 'referenda' announced by the Russian authorities.

"It is absurd that the Russian authorities would think these so-called votes, which took place at gunpoint in the presence of Russian soldiers and their proxies, are in any way credible.

"The whole exercise, which is illegal under international law, is nothing more than another deplorable act in Russia’s strategy of aggression against Ukraine."