The value of mortgage approvals also rose by 25.3% year-on-year

The number of people switching their mortgage grew by more than 100% in the past year.

That's according to new data from the Banking & Payments Federation Ireland (BPFI).

It also says that there was continued growth in mortgage approvals - with a 14.3% increase compared with the same period last year.

First-time buyers were approved for 2,640 mortgages, while mover-purchasers accounted for 1,082. 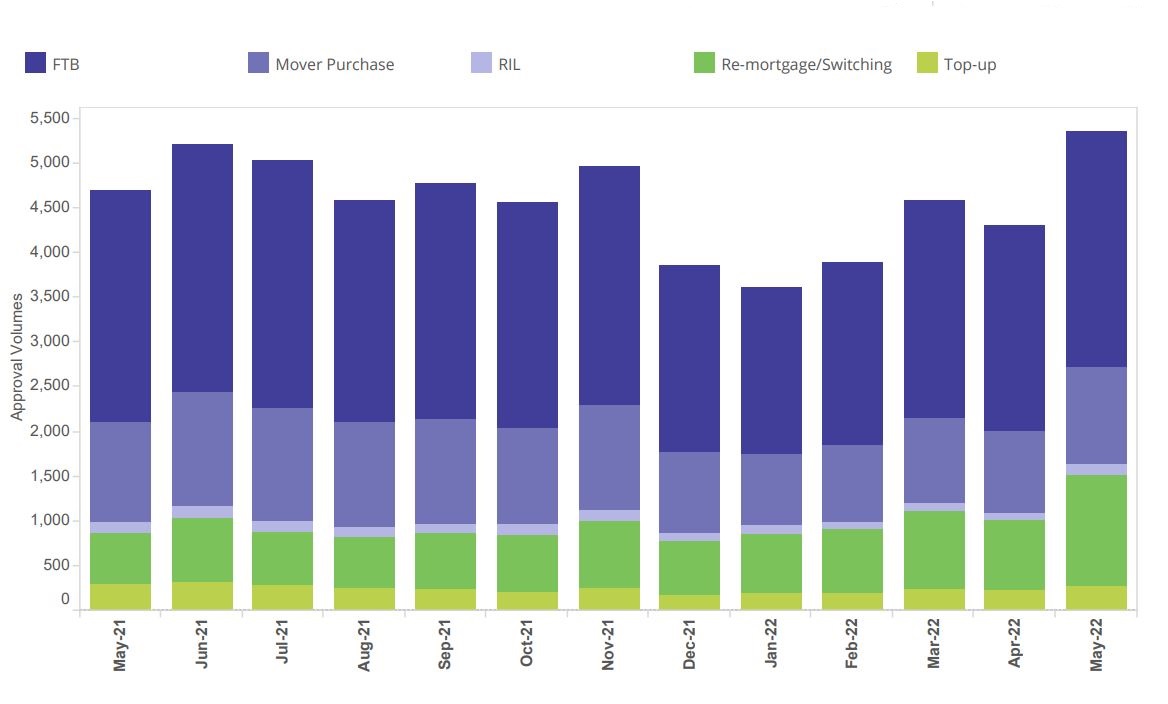 Chief executive of the BPFI, Brian Hayes, says: "Our latest mortgage approvals data shows continued growth in mortgage approval activity in May and it's clear that switching activity has grown sharply in recent months.

"During the month of May switching volumes and values more than doubled in year-on-year terms with switching levels at their highest ever recorded since BPFI began collecting this data in 2011."

He says May was also particularly strong for first-time buyers.

"FTBs still accounted for about half of mortgage approvals both in volume and value terms.

"These latest June figures are notably dominated by mortgage switching activity and May was one of the strongest performances recorded for FTB approvals.

"This is particularly true for approval values, with a significant increase in average loan values year on year driving strong growth in lending values.

"This is likely driven by higher housing prices.

"In fact, May 2022 saw the second highest recorded value for FTB approvals - after October 2020 - and the seventh highest for mover-purchase."