The great-grandson of James Connolly, the trade unionist and 1916 rebel leader, has said he is bo...

The great-grandson of James Connolly, the trade unionist and 1916 rebel leader, has said he is boycotting National Day of Commemoration events because of his unhappiness at plans to develop Dublin’s historic Moore Street.

Moore Street is near the GPO in the north inner city and is where the rebels decided to surrender on 29th April. To republicans it is a place of supreme historical significance and campaigners are horrified that a number of buildings on the street have been earmarked for demolition.

Today President Michael D Higgins and Taoiseach Micheál Martin will attend the National Day of Commemoration Ceremony in Collins Barracks; it’s an event to honour all Irishmen and women who have died in conflict but James Connolly Heron will not be among them:

“Given the Government’s failure to first of all protect and preserve the national monument that is Moore Street and their failure to develop the commemorative centre at No. 14-17 that was meant to be up and running for the centenary and nothing has simply happened since.

“And promised meetings with [Housing Minister] Darragh O’Brien and indeed An Taosieach have yet to take place.” 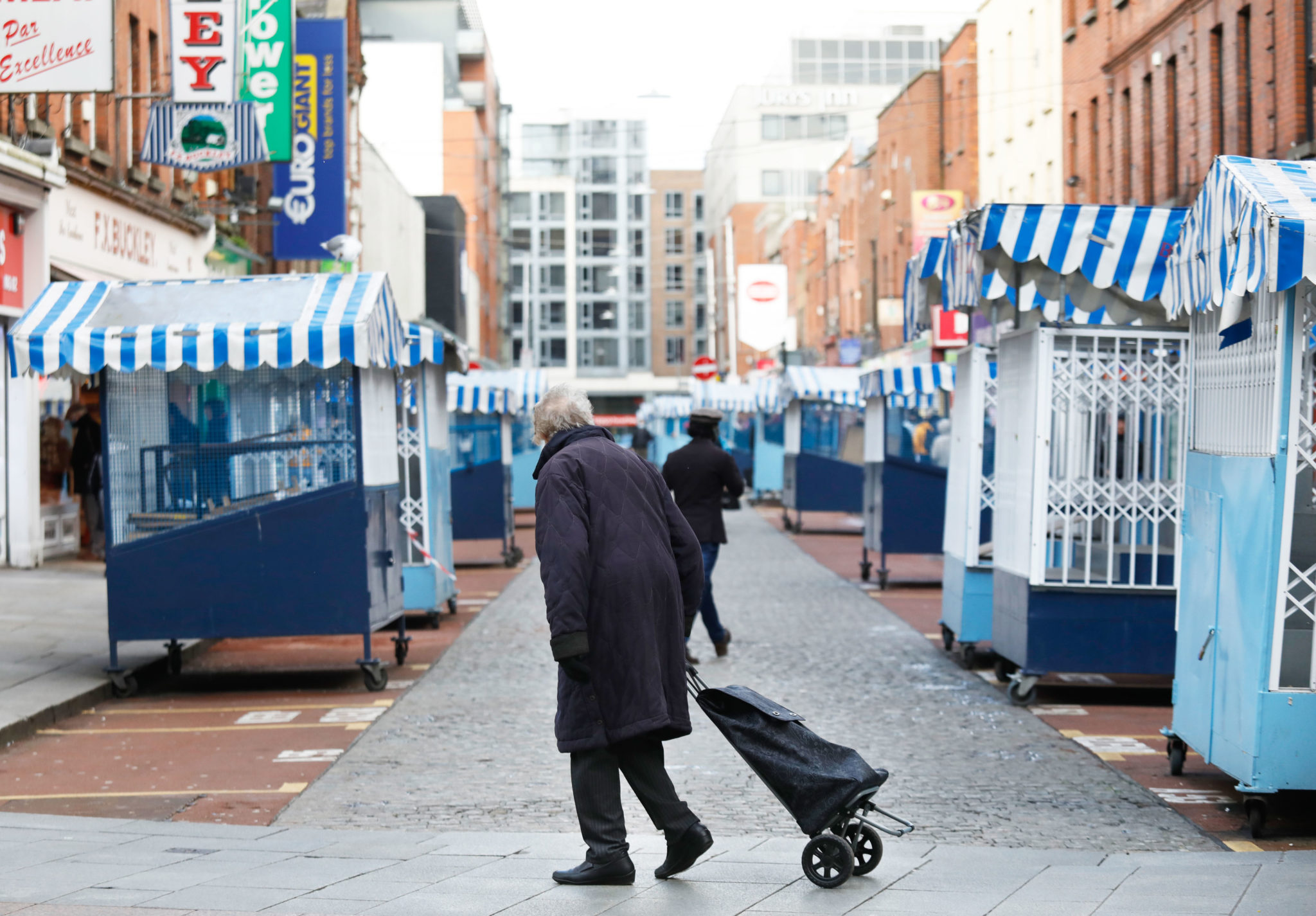 A woman with her shopping trolley looks down to an empty Moore Street in Dublin, 25-03-2021. Image: Leon Farrell/RollingNews

He added that work had already begun on No 10 Moore Street:

“We understand that demolition has taken place within the building - which is the protected structure.

“We have confirmation that Dublin City officials from planning enforcement are investigating those demolitions and this building is a building of great historical significance in relation to the evacuation.

“It’s one of the prime buildings in the area and a building that is worthy of national monument status since its preservation is a matter of national importance.”

The Moore Street Preservation Trust has appealed the development plan to An Bord Pleanála and await their judgement.