Ireland does not have enough monkeypox vaccines at present, a campaigner has warned, amid a risin...

Ireland does not have enough monkeypox vaccines at present, a campaigner has warned, amid a rising number of cases.

The first monkeypox case in the Republic of Ireland was diagnosed in May and since then the number of official cases has climbed to 97.

The Social Democrats have raised concerns that the Government is treating the situation with a "lack of urgency" and Stephen O’Hare of HIV Ireland has warned that the nation currently does not have the stock needed for a vaccination rollout:

“In [a] discussion with the minister last week, the need to procure more vaccines was very much centre to that discussion,” Mr O’Hare told Moncreiff.

“We will need to do that as time goes on to ensure that we have enough stock to meet demand and that’s something the department is looking at right now.”

“There is a low level already available but that needs to be supplemented by procurement of additional stock.

“We don’t have a concrete timeframe for that at the moment.

“We are waiting on the minister and the department to produce a vaccination rollout plan and as part of that plan, there’ll be a procurement dimension to that.” 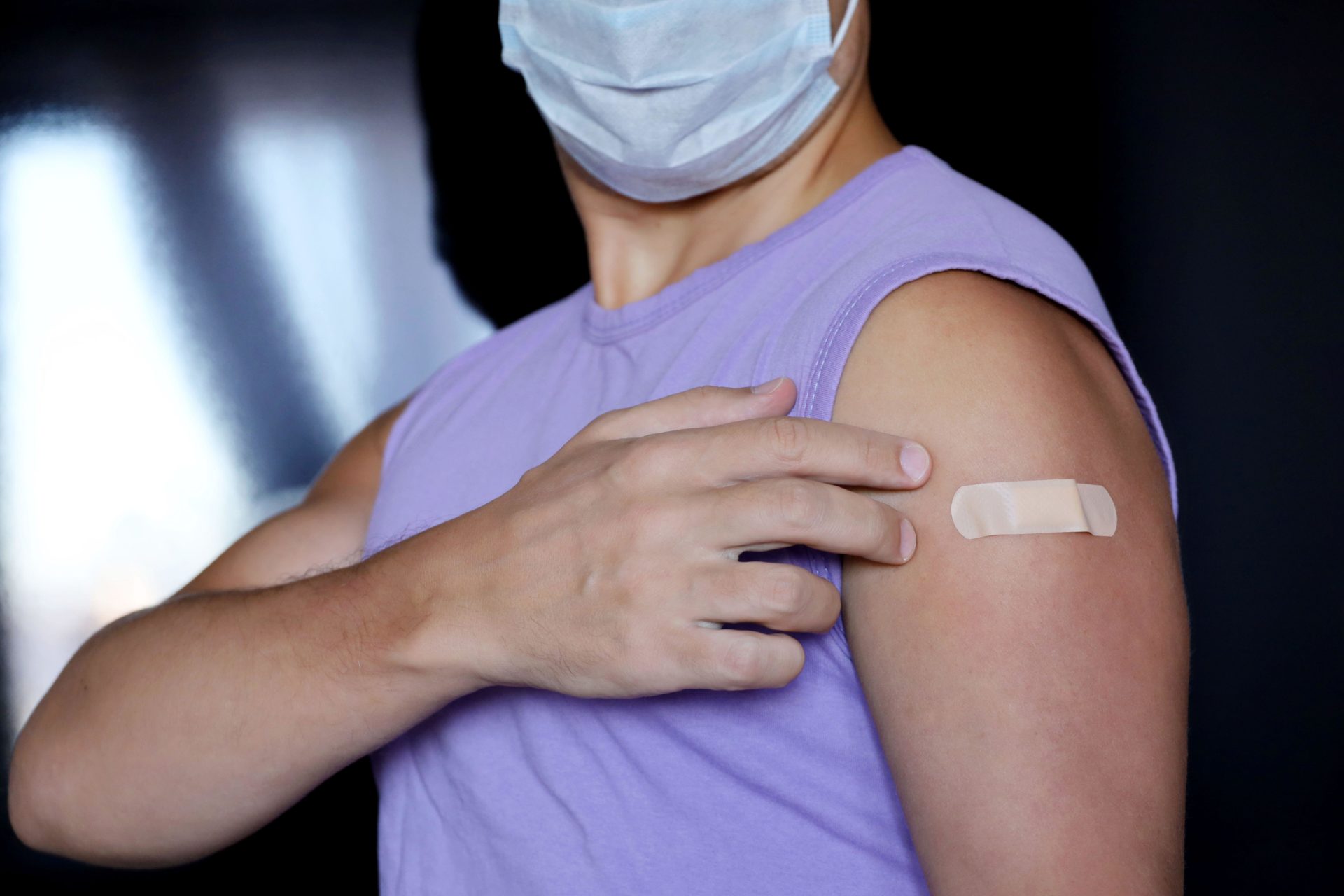 A man showing his arm with a bandage after receiving a vaccine. Picture by: Oleg Elkov / Alamy Stock Photo

Gay men most at risk

Most people who contract monkeypox are gay, bisexual or men who have sex with men and a World Health Organisation advisor has urged Governments to prioritise the community in vaccine rollouts:

“It would be absolutely homophobic if we weren’t to target the resources where we’re seeing the infections,” Andrew Seale, an adviser to the WHO, told Newstalk.

“We have to be doing more of that and the communities obviously want to protect themselves and their loved ones but they don’t just interact within those communities.

“People  interact with broader communities, so there’s an interest in making sure that those that they live and work and socialise with are protected.”

The HSE advises that symptoms of monkeypox include: