Mary Lou McDonald has warned Fine Gael, Fianna Fáil and Labour that they do not have the power t...

Mary Lou McDonald has warned Fine Gael, Fianna Fáil and Labour that they do not have the power to exclude her party from government.

The Sinn Féin leader is continuing to criticise RTÉ and Virgin Media for excluding her from planned head-to-head debates featuring the leaders of the two main parties.

It comes as the latest opinion poll showed a strong rise in support for her party – with Fianna Fáil on 25 points, Fine Gael on 23 and Sinn Féin on 21.

With just over 24 hours to go until the closing date for nominations however, Fine Gael and Fianna Fáil are the only parties that are fielding enough candidates to potentially win a majority.

As it stands, if Sinn Féin won every seat they are contesting, they would have around 46 TDs – with any party or coalition requiring 81 seats to govern.

Sinn Féin leader @MaryLouMcDonald slams Virgin Media & RTÉ for not including her in Taoiseach candidate debates. Calls Varadkar, Martin & Howlin “the three wise men of failed governments” and says they don’t get to decide who’ll be in government #GE2020 pic.twitter.com/qryMMi1gXp

Deputy McDonald said her party is taking legal advice on the debates - and said she still expects to be invited to take part.

"We expect at this stage that these decisions will be overturned," she said."

"They are completely unfair. We shouldn't have to go to the courts on such an obvious issue of fairness. We'll take the advice and then we will take it from there."

Earlier, Fianna Fáil leader Micheál Martin said the head-to-head debate format is legitimate because there are only two parties that can lead a government as things stand.

"First of all, I don't think we can be deciding these issues on opinion polls," he said.

“The only two parties that can lead a government are Fine Gael and Fianna Fáil.

“I think it is legitimate that there would be a head-to-head debate between myself and Leo Varadkar.”

Taoiseach says it’s ‘right’ that he and Micheal Martin go head to head in a debate, but has no issue with Mary Lou McDonald getting involved. Says it’s up to the Broadcaster #GE2020 pic.twitter.com/PhYPmcncOF

The Taoiseach Leo Varadkar has said it is a matter for the broadcasters themselves but insisted he would have no problem if Mary Lou McDonald were to become involved.

“I don’t have a difficulty debating Micheál Martin head-to-head,” he said. “I think it is right to do that because we are the two people, if you like, vying for the Taoiseach’s office.

“But equally, I have no difficulty doing a debate involving the three leaders of the three major parties either. It is a matter for the broadcasters.” 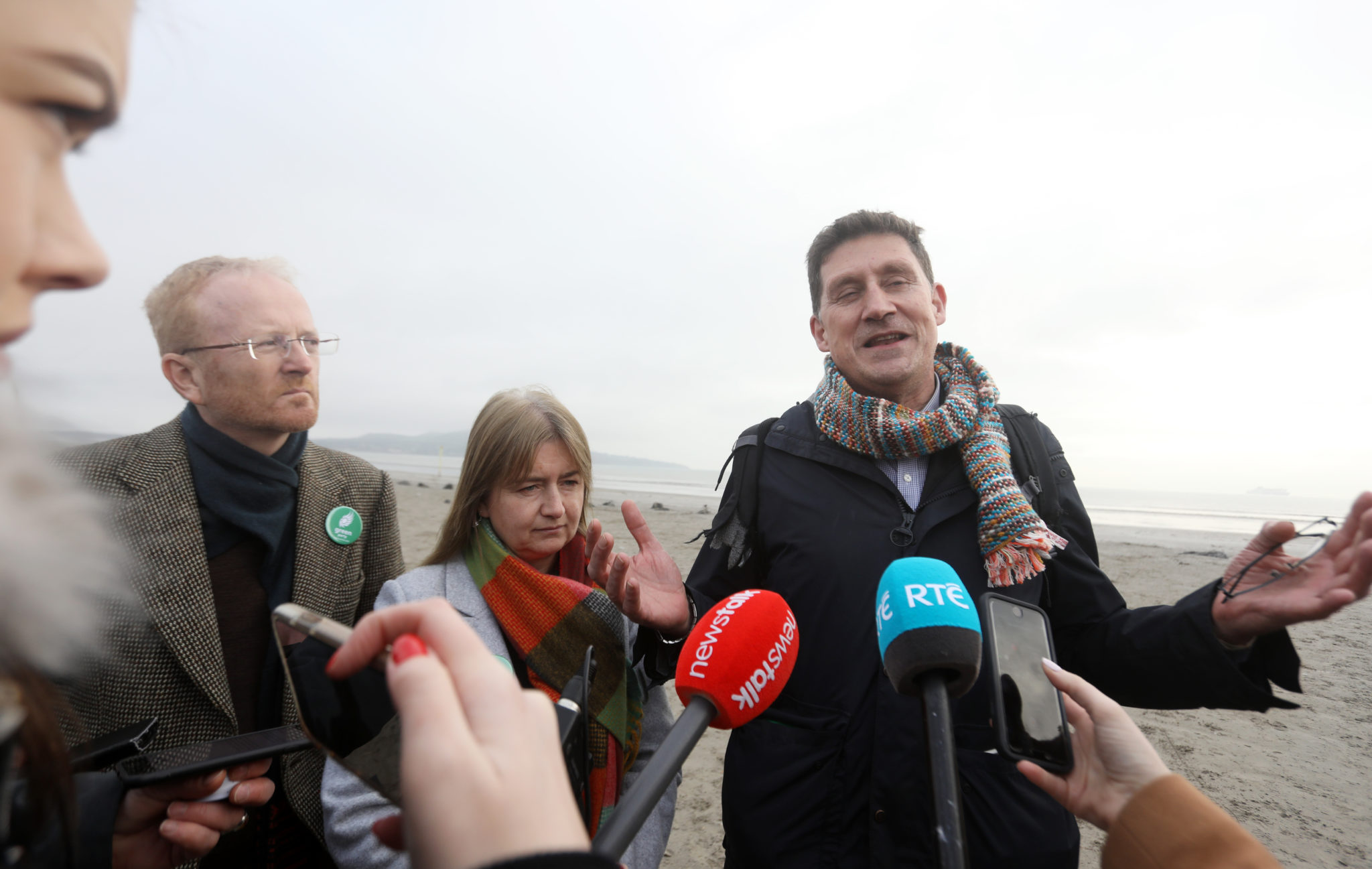 “There is no one with superpowers above anyone else,” he said.

“We are all human; we are running in this election to play our part and I don’t think anyone is any different from anyone else. They don’t have that exclusive right.”

The Social Democrats co-leader Catherine Murphy said her party is paying no attention to opinion polls – but called for the debate to be opened up to other leaders.

“I don’t think there is an arguable case against that,” she said.

“When you are in a small party, opinion polls matter so little because the methodology and a whole lot of things come into play.

“We are relying on what we are hearing on the doorstep and I have got to say ... this is a very open election.”

Deputy McDonald hit out at the parties that have ruled out entering government with Sinn Féin - warning that the vote on February 8th will decide who enters power.

“Similarly, Micheál Martin, Leo Varadkar and Brendan Howlin if you don’t mind, think that they can exclude us from government,” she said.

“These three wise men of failed government and broken promises still believe that they are going to have things all their own way.

“These three parties who are most responsible for our unprecedented crises in housing and health believe that they will decide who is fit for government.

“So here is a news-flash for the leaders of Fine Fáil, Fine Gael and the Labour Party: It is the people at the ballot box who decide who can go into government – not you.”

The first head-to-head debate is due to be aired on Virgin Media tomorrow night with the RTÉ debate scheduled for February 4th.