The Labour Party leader Brendan Howlin has said promised tax cuts from other parties are a 'con j...

The Labour Party leader Brendan Howlin has said promised tax cuts from other parties are a 'con job', and will not fix the problems in housing or health.

He was launching the Labour Party manifesto in Dublin - which promises a rent freeze and 80,000 social and affordable homes between now and 2025.

Mr Howlin said there was no party he would not talk to about forming a government after the election, though he has some concerns about Sinn Féin.

He also said his party would not promise people tax cuts, but would focus on investment instead.

"We're making no grandiose promises, particularly in the area of taxation.

"And quite frankly, it's a con job to pretend that you can muster the resources from the profiled 11 billion available - I was going to use that word 'fiscal space', but I'll swallow those words - for the available resources over the next five years".

The party also want the State and public agencies to build 80,000 social and affordable homes. 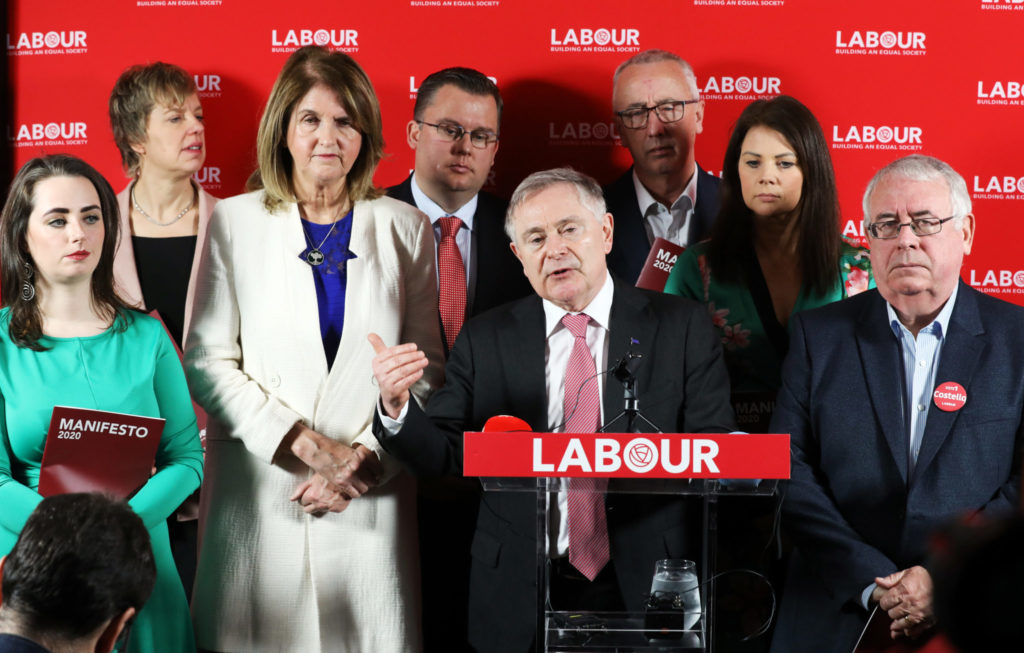 "This will be the next generation of high quality, energy efficient public housing", it says.

On this, its manifesto says: "Labour froze rents in the past by forbidding landlords to raise rents for two years after a contract was signed.

"This can be done again."

- Extend sugar tax to other process foods
- use that money to fund free primary school meals
- withdraw income tax credits for those earning more than €100,000
- double the bank levy #GE2020

On health, Labour has pledged to end the "de facto HSE recruitment embargo" and the over-reliance on agency staff.

"Labour will implement an investment plan to deliver more hospital beds, and the staff required, to end the crisis of overcrowding and waiting lists."

it says it will "redirect health funding" so that it is aligned to population medical need.

It would also extend free-of-charge GP care to all under-18s, and to everyone with a long-term illness or disability.

The party also says it will raise the minimum wage to be a real living wage within three years - and maintain the State pension age at 66.

The party says: "Ireland can be in the top 10 countries for quality public services, climate action and genuine equality, if we choose it.

"These countries are also more productive and highly entrepreneurial. But first of all we need to stop wasting the people's money, so that we can make the necessary strategic investments to build an equal society.

Labour 'swept away by tsunami of support' for Sinn Féin