Young people are ‘just more radical’ about climate action than their parents, the ESRI has found.

For its latest study, the institute surveyed 16 to 24-year-olds on climate action for the very first time.

It found that young people want to see domestic flights banned in Ireland and car-free zones in town and city centres.

Nine-in-ten young people surveyed said that protecting the environment is very important – with the majority ready for more radical action.

On Newstalk Breakfast this morning, ESRI Behavioural Research Unit chief Pete Lunn said he was surprised by the strength of the response.

“I think they’re more radical than we expected them to be,” he said.

“To give you a kind of flavour of that, 57% of that group would like to domestic flights in Ireland banned – they don’t think people should be taking them.

“They are just more radical about climate than older cohorts. They are more in favour of some bans, some taxes; just some more radical Government action.” 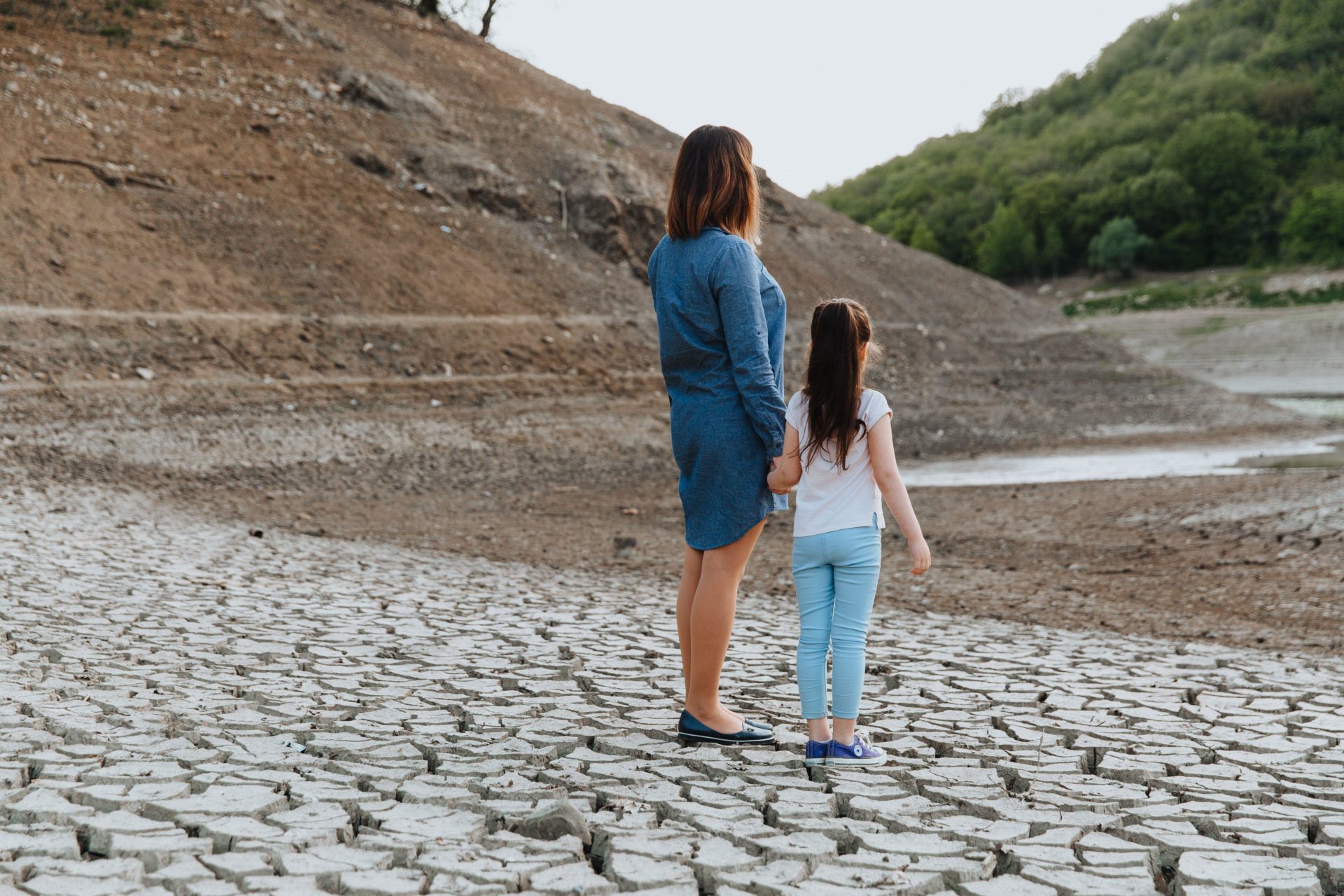 A mother and child stand in front of a disappearing lake. Image: Oleksii Halutva / Alamy

“It’s interesting what their own, kind of, personal ambitions are in many respects,” said Mr Lunn.

“More than half of them say they themselves intend to limit the number of flights they take in the future, which is kind of interesting.

“A lot of them – almost half of them – want to eat less meat. You have got around 30% saying they are sort of targeting eating a plant-based diet in the long term.”

It showed, that while young people are prepared to take action, their understanding of what behaviours have the largest impact on climate change is no better than their parents.

Mr Lunn said it shows that the urgency of the situation is getting through, while education about the potential responses is falling behind.

“What has clearly happened is the message around climate has sunk in with our current cohort of young people,” he said.

He said the knowledge highlights the need for Government to lead on climate action.

“We can’t leave this up to individual action,” he said.

“Individuals find climate too complex an issue to know, what are the things they could change to really reduce emissions.”