Speed limits could go as low as 30 kilometres per hour on the M50 under new variable limits. The ...

Speed limits could go as low as 30 kilometres per hour on the M50 under new variable limits.

The new system will see the phased introduction of variable speed limits on the motorway.

The signs will inform people in real-time what speed they should be going, and also if they need to change lanes.

They will also include information about collisions, roadworks, weather conditions and congestion.

The programme is being rolled out in a phased manner, with the first digital signs being switched on between Junction 4 Ballymun and Junction 6 Castleknock in the coming weeks.

The system is expected to be fully deployed on the M50 by early 2023. 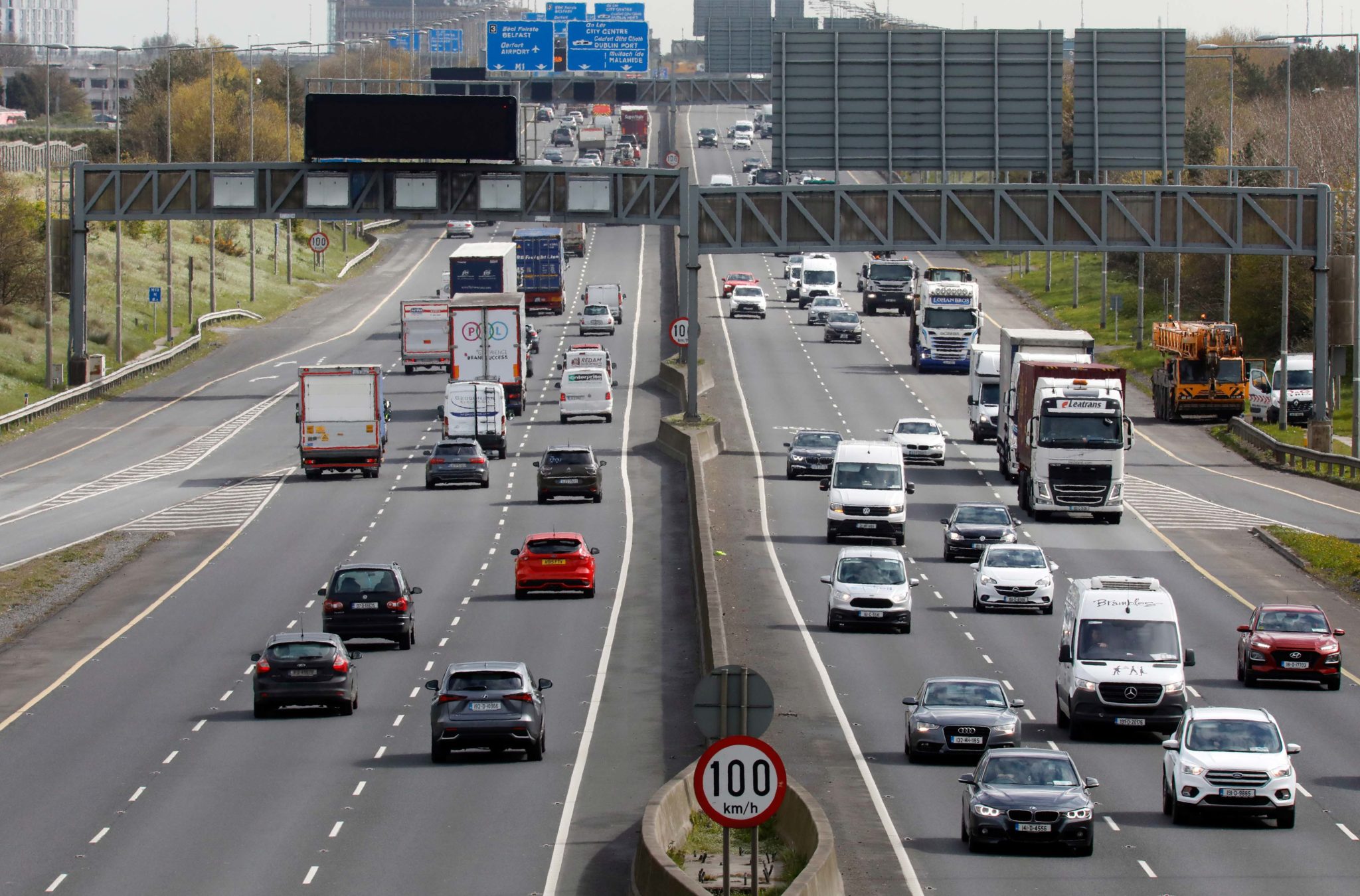 A file photo of traffic on the M50 motorway. Picture by: Leon Farrell/RollingNews.ie

But Transport Minister Eamon Ryan says it will not be legally enforceable from the start.

"It's starting on an advisory basis, which is right, an appropriate test to make sure the whole system works.

"But myself and Minister Naughton are introducing legislation, or due to introduce legislation, in the Dáil this term which will put it into statute, into law, be fully legal.

"So we're starting in the appropriate way - testing everything, making sure it works - it's advisory for the moment, but will be in law".

While transport commentator Conor Faughnan told The Pat Kenny Show speed limits will be the main difference for motorists.

"And if the speed limit on that signage drops, then you must drop your speed - and that's what we'll get used to as M50 users.

"That could be very sensible - it's only September, but as we get to Christmas and January we're going to see mornings where it's a stormy morning or it's snowing or there's ice on the M50.

"And in a context like that, [it's] perfectly sensible for the overhead gantries to reduce the speed on the lanes."

'No reason why they shouldn't do this'

Conor says this should have probably happened before now.

"What's proposed is that the traffic authorities would have the power and be able to vary the speed limit on the M50m at any given section on the M50, on a given day in response to weather conditions or traffic conditions.

"And they would also have the capacity to close individual lanes, if that was necessary.

"Let's say for example you have a traffic collision a junction further ahead: you might close the outside lane.

"And you do all of this by way of overhead signage.

"There's absolutely no reason why they shouldn't do this, and in fact it probably should have been taken in hand some time ago.

"But collectively it'll mean that they can actively traffic manage the flow on the M50".

And he says this could be useful elsewhere.

"Incidentally, I think not just on the M50 - I think that'd be very valuable on places like the N4 in Kildare or the N7 in Kildare.

"Slow the traffic down on a foggy morning heading towards Dublin, but it's the future.

"But it's certainly a sensible thing that they should try actively managing the M50".

Main image: Traffic on the M50 motorway in Dublin in May 2020. Picture by: Leon Farrell/Rollingnews.ie