An Irish woman in New Zealand says there's a "very sombre" mood as the country enters a snap COVI...

An Irish woman in New Zealand says there's a "very sombre" mood as the country enters a snap COVID-19 lockdown.

However, she says locals were always prepared for "hard and fast" restrictions if a Delta variant case was detected.

All New Zealand has gone into a strict lockdown for three days after the first COVID-19 case in the community in six months was reported.

However, two areas - Auckland and Coromandel - will be in lockdown for seven days.

Prime Minister Jacinda Ardern says her government is taking action early to try to prevent the large-scale outbreaks that have been reported in neighbouring Australia recently.

Australia - like New Zealand - had managed to keep case numbers extremely low since the start of the pandemic.

However, New South Wales alone recorded 633 new cases on Wednesday - their highest-ever daily rate - amid the rapid spread of the Delta variant.

Ms Ardern has confirmed the new community case in New Zealand is linked to the NSW outbreak, and tests have shown it is a case of the Delta variant.

Jane Quinn is President of the Auckland Irish Society, and she told Lunchtime Live the country went from one case to ten cases in the space of 18 hours.

She said: “The director of health said they’re expecting anywhere in the region of 100-120 cases, mainly because of some of the venues that have been visited by infectious people.

"You’re talking a university… Auckland hospital… supermarkets… high schools. They’re expecting a huge surge in cases from what I can glean from the news here.

She added she 'has a feeling' Auckland could be looking at a lockdown of more than seven days given the amount of close contacts involved.

For now, only essential workers are allowed to go to work as normal, while only one person per household is allowed out for shopping. 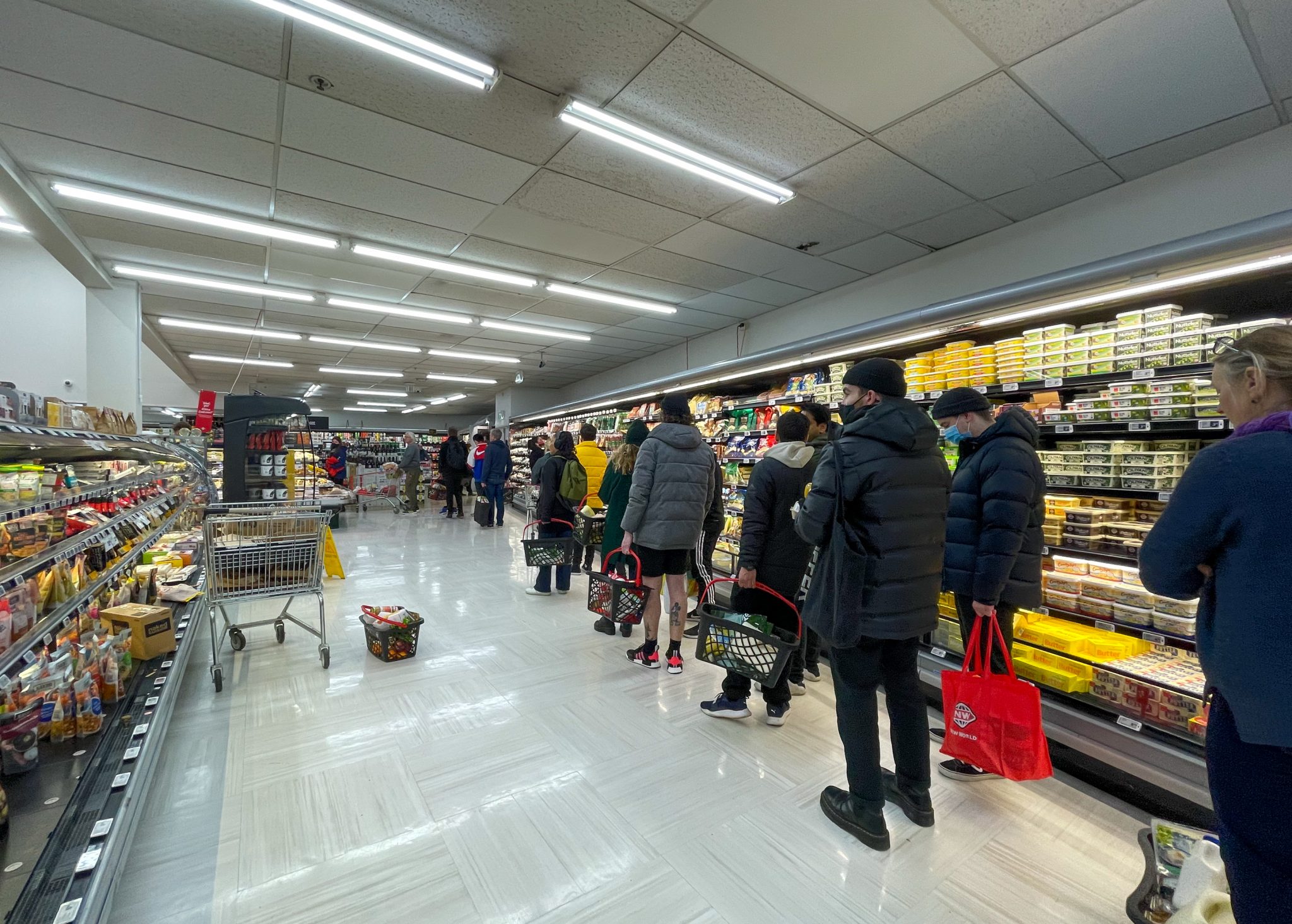 New Zealand's vaccine rollout - like Australia's - has been slower than many other developed countries.

Jane said she received her first vaccine dose on Monday, after vaccination open to people aged 50+.

However, she said New Zealand is "not even close" to where Ireland is in terms of the vaccine rollout.

Everyone aged over 16 is expected to be able to register for a jab from September 1st.

She said: "The things she has done in COVID have been absolutely outstanding. She went for elimination - that was her only strategy.

"For the last 170 days, we’ve had a normal life. The exception is you can’t really leave."

Jane - who was last back in Ireland two years ago - said it is "horrendous" to not be able to visit her family in Ireland.

She said: “We’ve had a normal life - we’re all back at work. Then you get on the phone to home… you almost feel guilty saying what a nice time you’re having.

"I’ve always felt very, very privileged to live in New Zealand - I still do. It's paradise. It was the best decision I ever made, moving here. It’s just unfortunate it’s the other side of the world."

She said a lot of Irish people in the country "are really feeling the struggle" of not being able to travel home.

However, she said they received “amazing support” from the Irish Government to help tourists and Irish citizens who suddenly found themselves out of work at the start of the pandemic last year.