The owner of an Irish pub in Lanzarote has seen a "surge" in holidaymakers from Ireland since int...

The owner of an Irish pub in Lanzarote has seen a "surge" in holidaymakers from Ireland since international travel resumed on Monday.

Amy O'Dowd from Murphy's Irish Pub said there is no concern on the Spanish island over unvaccinated tourists arriving there on holidays.

It comes after a senior member of NPHET voiced concern about the significant number of Irish people travelling abroad who have not yet been fully vaccinated.

The Chair of the NPHET modelling group Professor Philip Nolan said people should postpone their travel plans until they are fully vaccinated.

Restrictions on international were lifted with Monday's rollout of the EU Digital COVID Certificate, which shows whether someone has been vaccinated against the virus, has recently recovered or has a negative test.

However, Ms O'Dowd said "there's no concern whatsoever" in Spain over unvaccinated tourists, rather there are strict guidelines in place to ensure people can socialise safely.

"We've plenty of measures in place to keep people safe, everyone is just happy to be over here I think, they have no problem following the measures," she told Lunchtime Live on Friday.

"But in terms of people that aren't vaccinated, there's no concern whatsoever." 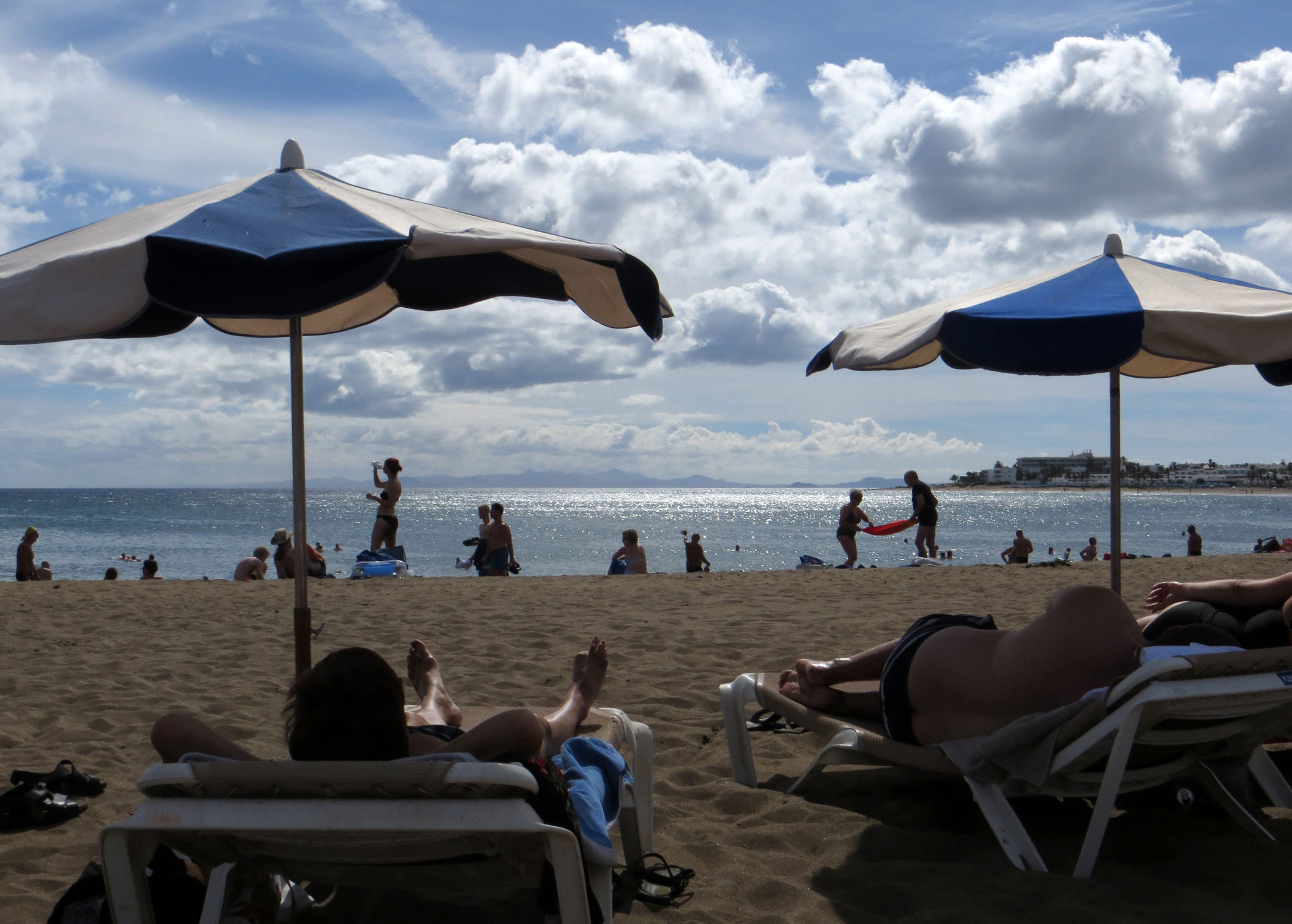 Tourists enjoy the sun on the sand beach of Puerto del Carmen on the Canary Island of Lanzarote. Photo: Peter Zimmermann

She added that there has been "a complete surge" in Irish holidaymakers arriving in Lanzarote since Monday.

"We went from having nearly an empty bar at 12 o'clock at night to having a full bar, so there is a lot more Irish here," Ms O'Dowd explained.

"Everyone has to be seated, so it wouldn't be full like we remember it but we have 75% capacity indoors, two-metre distance between tables, up to six people at a table, so full isn't full like it was in 2019 but it's full to us.

"Everyone is delighted to be here, it's great for us to see people having a good time and I think a lot of people were apprehensive about travelling until they got to the airport and then realised how easy it actually was.

"We have the measures in place and everyone is able to enjoy themselves and it's lovely seeing familiar faces I haven't seen in two years either."

Speaking on the same programme, one woman called Deirdre said she had just returned from Spain and was impressed by the measures in place.

"It was fine you just follow the guidelines, but preparation is key for travelling," she said.

"The resorts were very busy but the restaurants were abiding by the rules, everyone was seated, there were three to four generations at tables so it was great." 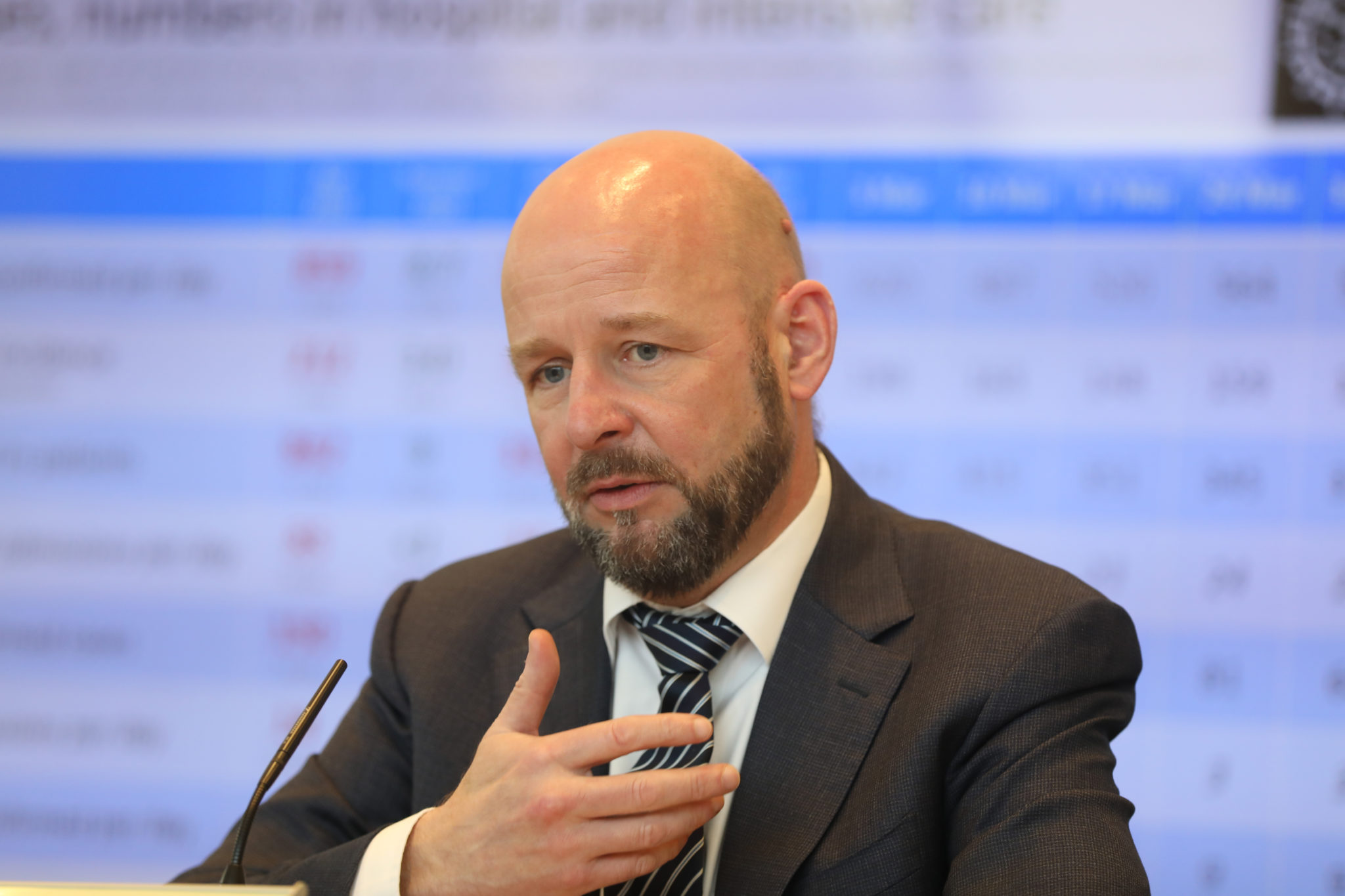 However, Catherine from Dublin told host Andrea Gilligan that she got "quite a fright" after hearing Professor Nolan's remarks.

Her 17-year-old son left for France this week to see his father and grandparents and she feels people will now be anxious about travelling following the warning about unvaccinated holidaymakers.

"He's not vaccinated, he's had his PCR done, and when I heard this [Professor Nolan's comments], it put the fear of God into me," Catherine said.

"But on the other hand, we've been told and have been preparing for the fact that Ireland can travel now.

"The conflict and the contradictions coming between NPHET and Government is nearly spiralling out of control and it's putting the fear of God into people which is not fair.

"I think it was a very unfair statement to come out with and shocking and I think that it's scared a lot of people who may have already booked holidays with their children who are unvaccinated.

"I thought it was an unfair comment to come on the week that Ireland has opened for tourism business and now they're telling us not to go away.

"My son is going away for a month and now I'm worried will he be allowed back in."

Main image: A woman is seen reading a book under an umbrella as she sunbathes at La Malagueta beach in Spain. Credit: SOPA Images/SIPA USA/PA Images