The Irish economy could shrink by up to 13.1% this year because of the coronavirus pandemic.

That is according to a worst-case scenario by the financial advisory firm EY.

EY Ireland has constructed two economic scenarios in response to the ongoing crisis: a 'Base Case' and 'Prolonged Disruption' outlook.

In the 'Base Case' outlook, EY estimates a contraction of 7.3% in Irish GDP.

But a more prolonged period of economic restrictions lasting throughout the summer - 'Prolonged Disruption' - could see a drop of 13.1%.

This would qualify as an economic depression. 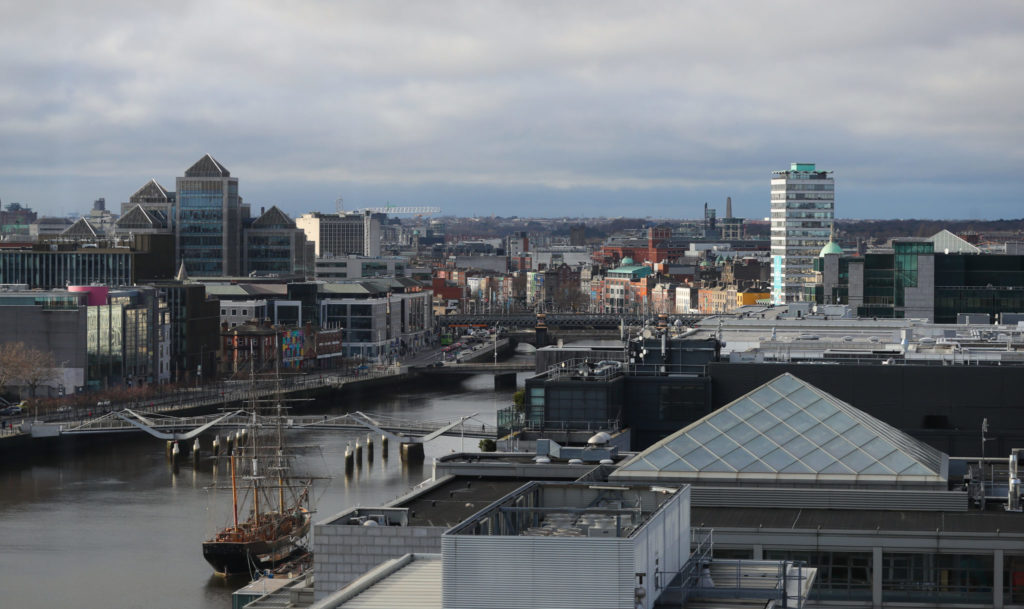 Colourful houses in Dublin city centre at the River Liffey are illuminated by the sun | Image: Christian Charisius/DPA/PA Images

Job losses are projected to be 177,000 in the Base Case scenario - but over 450,000 jobs are expected to be either lost or furloughed during the most severe phase of the pandemic.

EY says these numbers rise to 318,000 and 675,000 respectively in the prolonged outbreak scenario.

The group also suggests that the economy is likely to be "forever altered" after the crisis.

It says: "The embedding of technology to allow remote working has been rapidly accelerated, as has the adoption of online ordering.

"This will create opportunities for businesses in the future, although increased homeworking would clearly be challenging for the high street and transport companies."

* Jobs lost figure refers to the annual loss and the figure in brackets is the loss at the peak of the crisis. As a number of the jobs lost (or on pay-roll support) will return, this is why the annual figure is more modest

"The human cost of the COVID-19 crisis is sadly rising every day and the economic cost is rising as well.

"The effect of this pandemic will be felt for years, if not decades due to the scale of borrowing required to see economies through the most virulent phase of the outbreak.

"Early estimates from the EY Economic Eye model suggest a recession is certain, and a depression is possible if the economic restrictions need to be in force for a protracted time."

Graham Reid, Partner, head of markets at EY Ireland, adds: "The challenge we’re facing is unique and in stark contrast to previous recessions.

"We are now experiencing both a supply side and demand side shock. Very few businesses contemplated the impact a pandemic would or could have. How could they?"

Businesses are anticipating their revenues will be impacted by more than 25%.

Galway 2020 to see "significant contraction" due to COVID-19