The top five countries of origin for jobseekers here are the UK, US, Spain, India and France

Ireland is one of only five European countries experiencing a 'brain gain' - with more people wanting to work here than seeking jobs overseas.

A new survey has found Ireland is the fifth most attractive country to work in, as cross-border job searches surge. 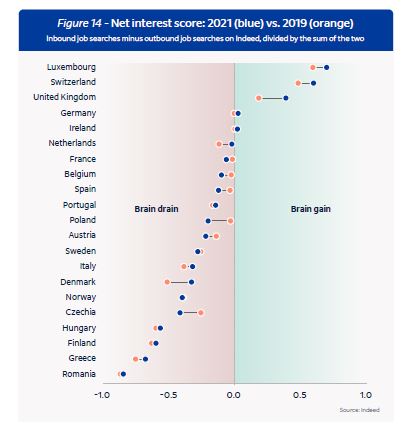 "It's a relatively high-income country versus other European countries.

"We do see a correlation between wealthier countries and net interest in jobs.

"Ireland also has many remote, high-paying and hard to fill jobs - which tend to attract higher overseas interest." 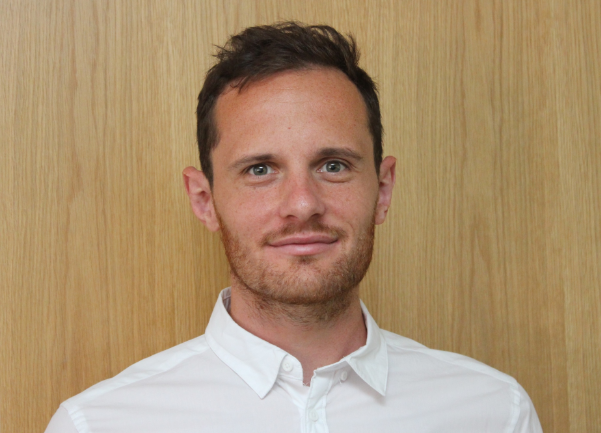 Jack says the demand to fill jobs is also already back at pre-pandemic levels.

"More opportunities mean that domestic candidates are likely to stay within Ireland.

"So I think a combination of all of those factors do help to explain Ireland's high position in these rankings". 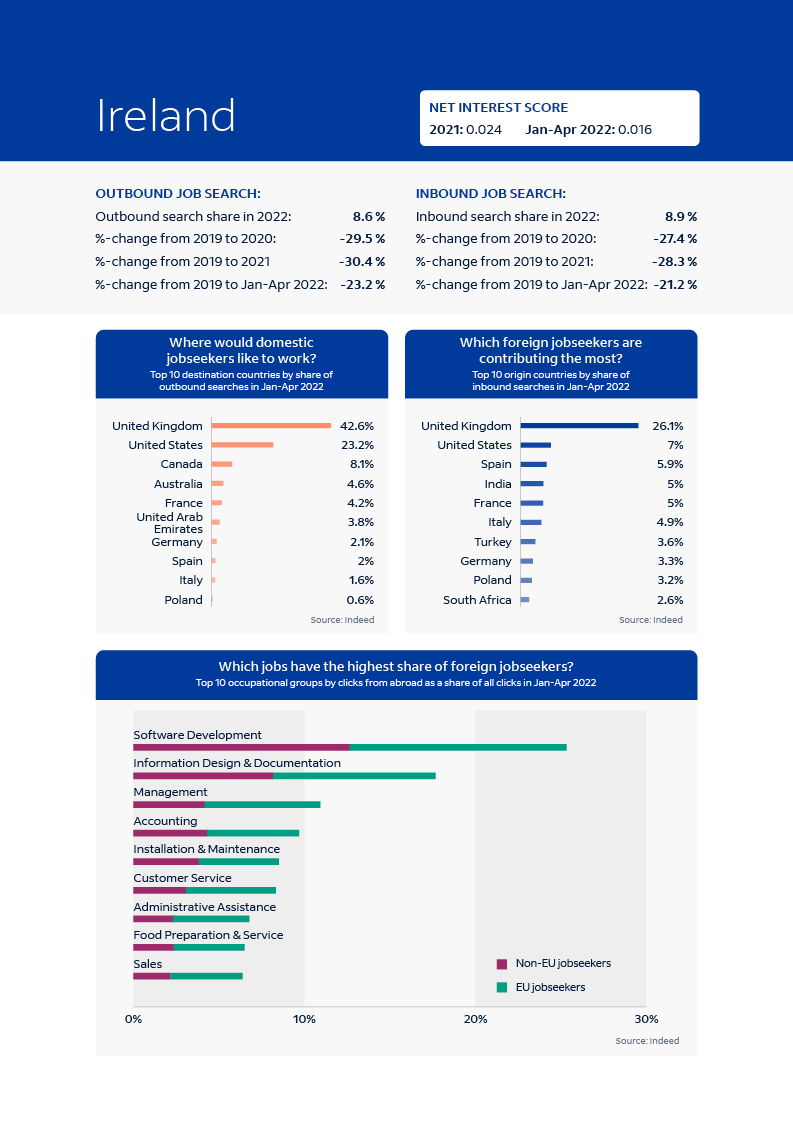 And he believes recruiters are taking advantage of the increased international interest.

"We found that almost four-in-five Irish businesses have already hired foreign nationals in the last five years - and 80% of businesses plan to do so in 2022.

"So clearly from the employers, and also the candidates perspective, that interest certainly remains very high".