Ireland co-sponsored the resolution suspending Russia from the council

Russia is no longer a member of the United Nations Human Rights Council (UNHRC).

Some 93 countries in the General Assembly voted to suspend the country on Thursday, in response to apparent civilian casualties left behind in parts of Ukraine where forces have withdrawn.

The motion passed with 24 votes against and 58 abstentions.

Ireland co-sponsored the resolution suspending Russia from the council. 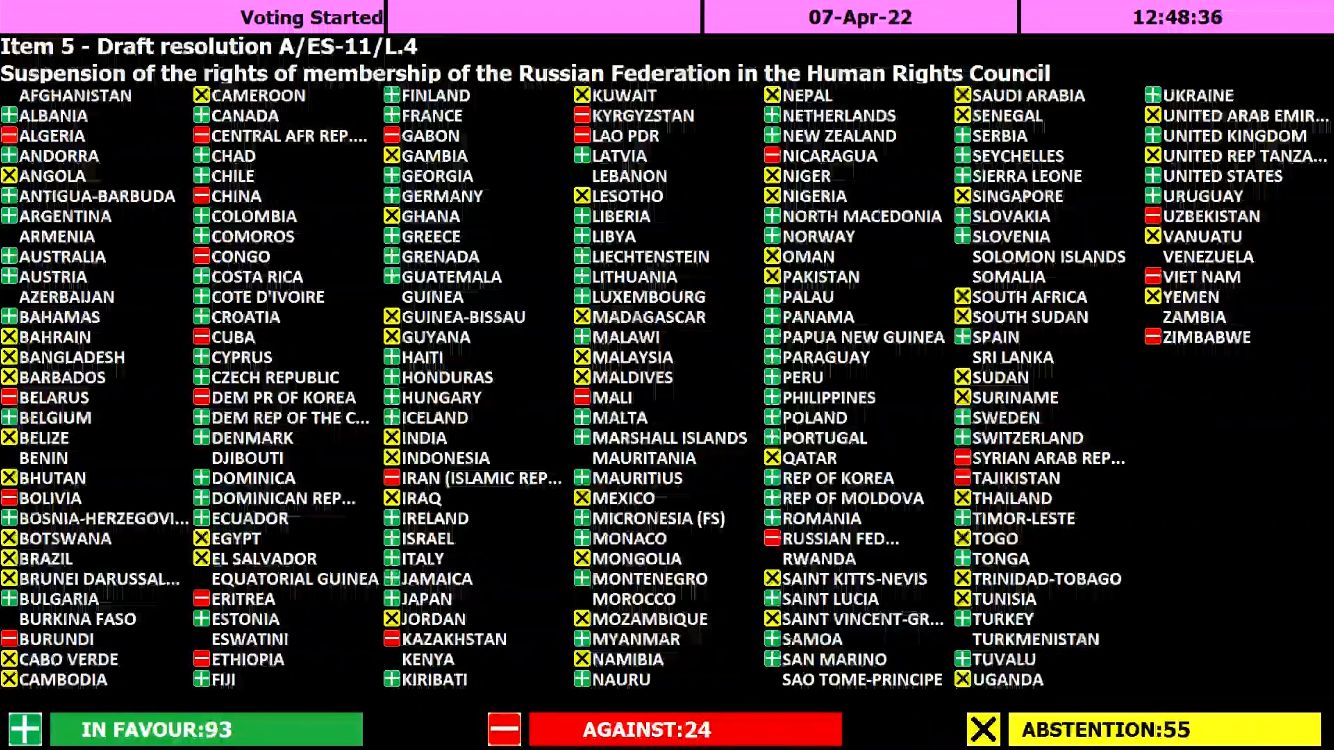 The vote result to suspend Russia from the United Nations Human Rights Council. Picture via @dfatirl on Twitter

The Department of Foreign Affairs says: "Russia cannot continue to sit on the Human Rights Council while making a mockery of its responsibilities as a member".

While Ireland's mission to the UN says it welcomes the decision.

"This is the right thing to do. Russia must be held accountable for the suffering unleashed on Ukraine.

"We urge Russia to end the war and give peace a chance", it tweeted.

Moscow described the move as an "unfriendly gesture" and said there will be consequences for bilateral ties, according to a note seen by Reuters.

Because Russia is a permanent member of the UN Security Council and cannot be removed, suspending it from the UNHRC is seen as a significant way for the UN to show its disapproval of Russia's actions in Ukraine.

In a draft text issued prior to the vote, Moscow was accused of creating a "humanitarian crisis" in Ukraine.

There has been revulsion in recent days after images emerged of civilian bodies on the streets of Bucha near the capital Kyiv.

The US ambassador to the UN, Linda Thomas-Greenfield, said Russia had to be warned against continuing to act with "such impunity" and said it was "pretending" to respect human rights.

Ukraine has accused Russian troops of killing hundreds of civilians in Bucha, but Moscow has denied being to blame.

The UNHRC, which was established in 2006, cannot take legally binding decisions.

It can, however, authorise investigations and send powerful political messages.