A professor of immunology says Ireland is heading towards an optimistic outlook for the coronavir...

A professor of immunology says Ireland is heading towards an optimistic outlook for the coronavirus.

Paul Moynagh is professor of immunology and director of the Kathleen Lonsdale Institute for Human Health research at Maynooth University.

He was speaking as Professor Philip Nolan, chair of the NPHET Irish Epidemiological Modelling Advisory Group, says we should see a peak soon.

Earlier he said: "Our modelling is telling us that we should soon reach the peak of the current wave of infections caused by the Delta variant."

Prof Moynagh told The Hard Shoulder things could go in the right direction.

"I notice that the suggestion is that maybe we'll peak in September and then get to our lowest in December.

"I can think of some reasons why that would be the case, in terms of more widespread rollout of the vaccination programme.

"But I can also think of reasons why that wouldn't be the case, for example respiratory viruses - including probably the SARS‑CoV‑2 virus.

"They tend to transmit better during the winter.

"And also we know from Israel now a number of months post-vaccination, especially with the double Pfizer with a three week duration between the first and second dose... we see a significant number of breakthrough cases.

"So I'm not sure if that is being taken into account as part of the modeling.

"I could see reasons why, yes, the numbers may be low - but I could also see reasons and make arguments in terms of why we may see peaks later on.

"And which one wins out? I'm not sure at this stage". 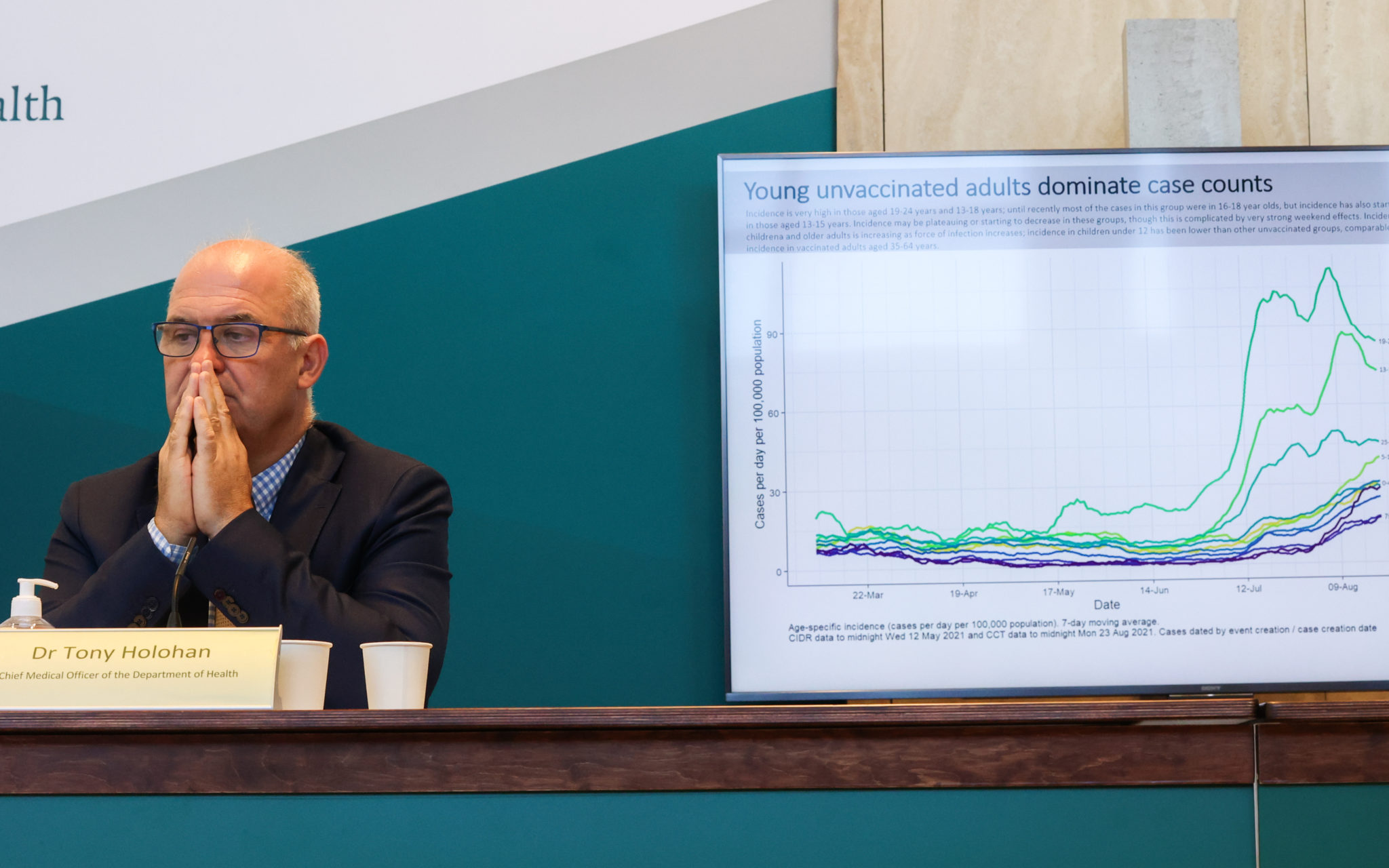 On WHO advice for Ireland not to use COVID 'boosters', he says we need to be selective.

"For us, the booster programme - that's not to say that we probably shouldn't focus and be very selective in terms of who should be boosted.

"For example older people, those with underlying conditions, I think we can be very selective about that.

"But in terms of a mass booster programme, as is going on currently in Israel, I think that's very difficult to justify.

"I think it will achieve, in the short-term, a reduced transmission, but again that's against the background of the vaccines already protecting us really well against serious illness".

He says our current vaccine coverage is "in a pretty good position".

"At some point in time I think we need to move our focus away from cases, and more focus on those indices associated with burden on our health system - like hospitalisation, ICU admissions and deaths.

"And use them more as the indicators and informing our decision-making".

And Prof Moynagh believes we missed opportunities to run pilot events during the summer months.

"I think we really did miss an opportunity during the summer in terms of performing trial events, which we're really only talking about doing now.

"The summer really, in my view, is the time to do them.

"We had a limited number, but they were designed in such a way that there was essentially no risk - and as a result, it was very difficult to evaluate the effectiveness of potential measures that would mitigate risk on the more realistic circumstances".