Ireland is a 'weak link' in the defence of Europe, expert warns

Ireland is currently a “weak link” in Europe’s defence capabilities, a defence and security...

Ireland is a 'weak link' in the defence of Europe, expert warns

Ireland is currently a “weak link” in Europe’s defence capabilities, a defence and security analyst has told Newstalk.

In February the Commission on the Defence Forces published a report urging the Government to treble spending on defence from its current budget of €1.1 billion to €3 billion.

While for most Irish people that may seem like an eye watering sum to spend on military matters, defence analyst Declan Power said that in European terms Ireland’s current budget was “miniscule”.

“What people need to realise is that even to us that seems like a lot of money, to the rest of Europe what we spend on defence is miniscule,” he explained.

“And what needs to be understood is even this increased spend is miniscule as well.

“But our defence forces are currently not in a position to effectively defend our territory and our people.”

If implemented the Navy would have 12 ships and the Air Corps would have between 12 and 24 fighter jets.

It would also see the Defence Forces purchase a military grade radar system and enhance its cyber capabilities:

“The purchase of a military grade radar… will give the state the facility to be able to monitor who comes in and out of our airspace - even if they try and do it covertly,” Mr Power continued.

“This is also important for our European partners and neighbours.

“We have been a weak link in that regard and while we have an arrangement - even though we play it down… with the Royal Air Force of the United Kingdom to assist us with their air policing.” 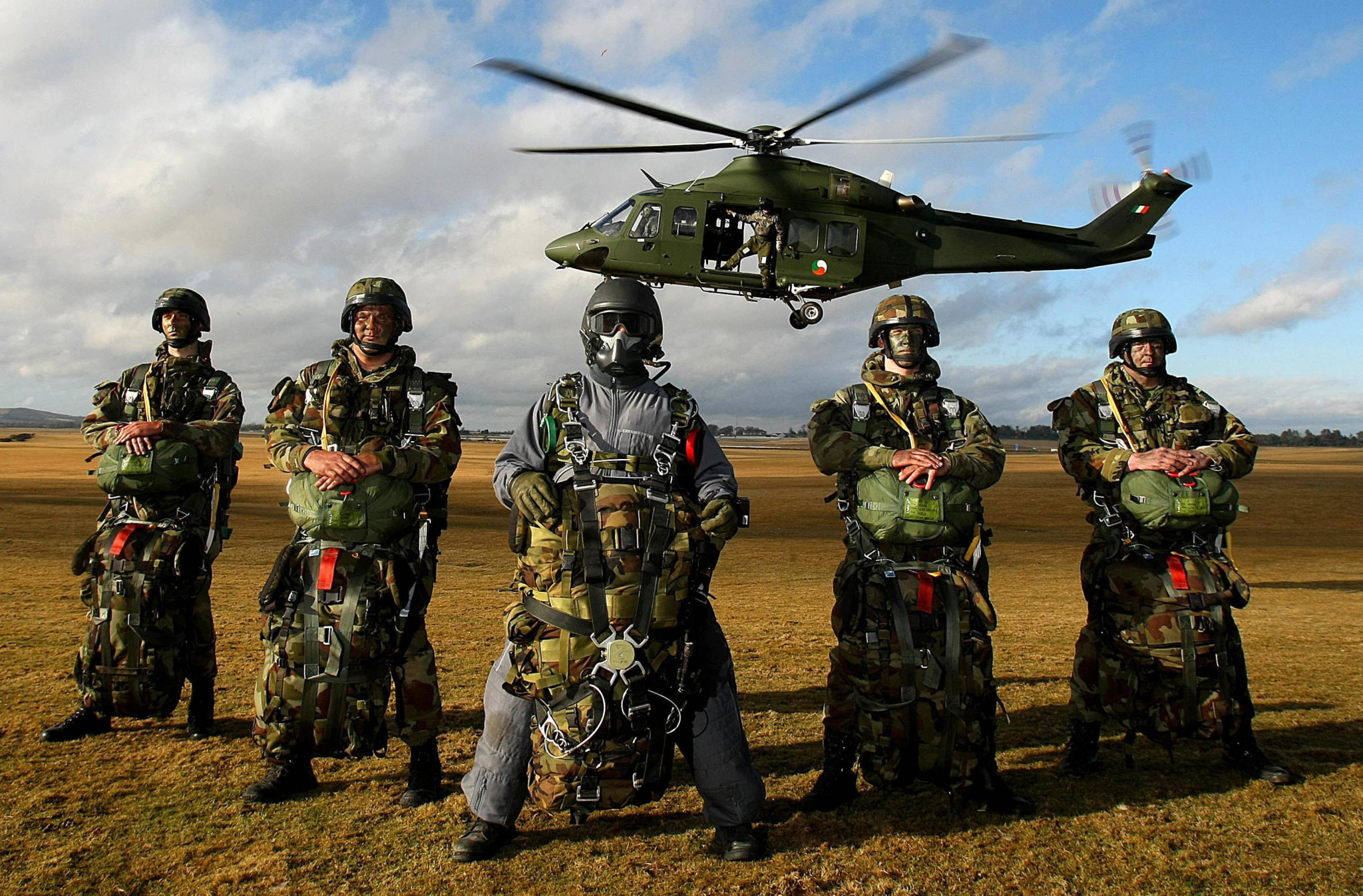 Members of the elite Irish Defence Forces Army Ranger Wing (ARW) hold a demonstration day in the Curragh Army Camp to mark the occasion of the 30th anniversary of the wing's inception.

In the wake of the Russian invasion of Ukraine, Tánaiste Leo Varadkar announced that going forward Ireland should spend more on defence:

"The assumption that we've made, for 70 years now, is that nobody would attack us because we're a country that's neutral militarily,” he said.

"And we make the assumption that even if we are attacked, the British and the Americans will come and save us anyway.

"And I'm not sure that's the kind of assumption a sovereign country like ours should make". 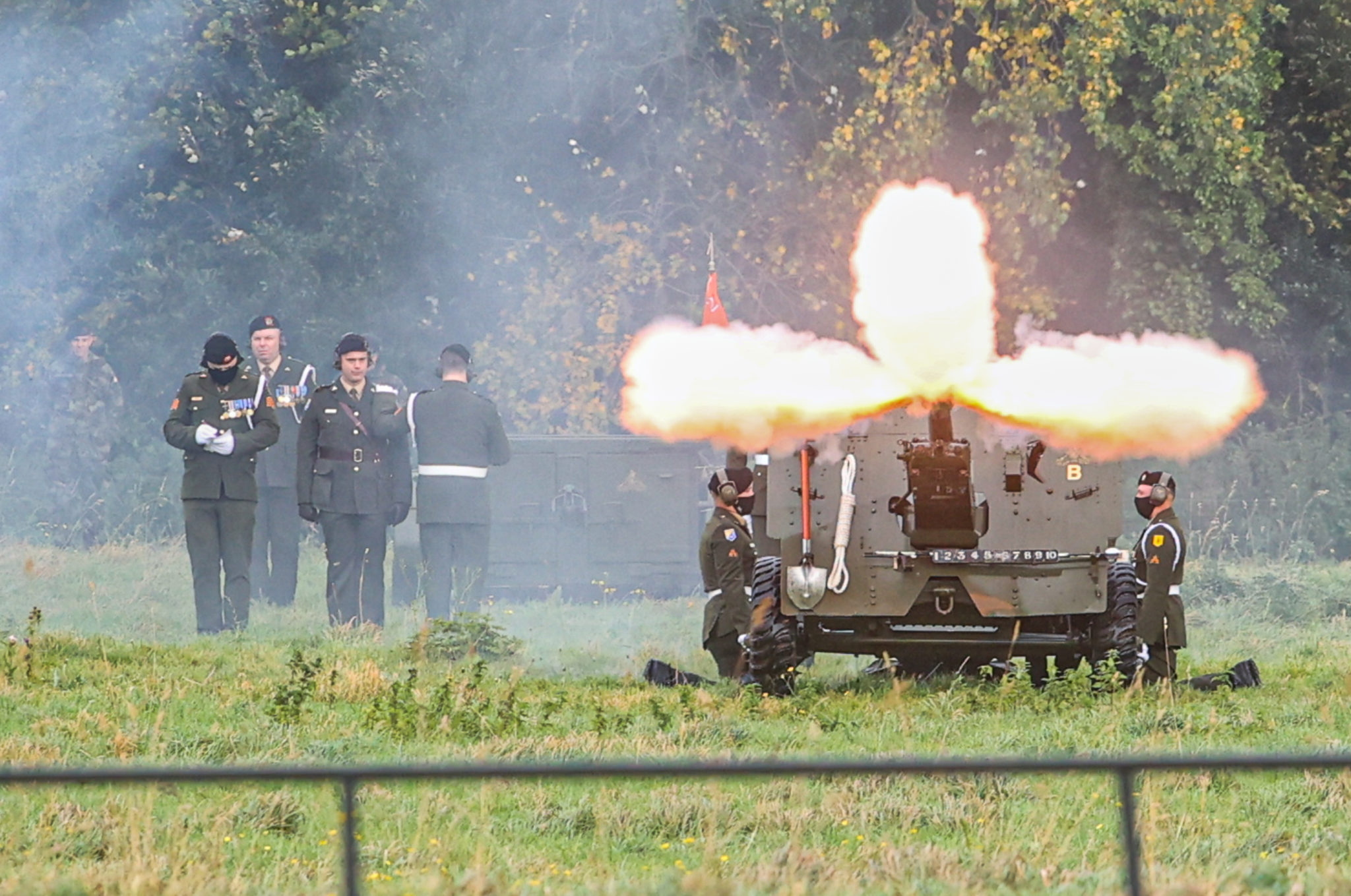 An Irish Defence Forces Artillery Corps field gun caught in the moment of firing during the 21-gun salute outside Áras an Uachtaráin. Image: Sam Boal / RollingNews

However, not all TDs are convinced of the case for a radical rethink of Irish defence policy; Solidarity-People Before Profit TD Paul Murphy told Newstalk that Ireland was “simply not capable of being a military force” and there was no point pretending otherwise.

Deputy Murphy wants a referendum on inserting the principle of neutrality into Bunreacht na hÉireann and believes spending billions more on defence would be a waste of money:

“Ireland is simply not capable of being a military force and influencing events in the world - that’s just a material reality,” he explained.