Ireland is “simply not capable of being a military force” and there should be a referendum on...

Ireland is “simply not capable of being a military force” and there should be a referendum on inserting neutrality into the constitution, Paul Murphy TD has said.

Neutrality has been a cornerstone of Irish foreign policy for decades - most famously during the Second World War.

However, it is a tradition, not a constitutional obligation, and since the invasion of Ukraine the Government has suggested the policy no longer applies:

“Ireland is not neutral in this war,” Minister for Foreign Affairs Simon Coveney told Newstalk earlier this month.

“Let nobody be under any illusions there. We are not neutral, we have taken sides and we’re right to take sides.

“When a global military superpower invades a sovereign independent country, targets its civilians to try and break the spirit of that country to force its will on them. That is not something that you can be neutral on." 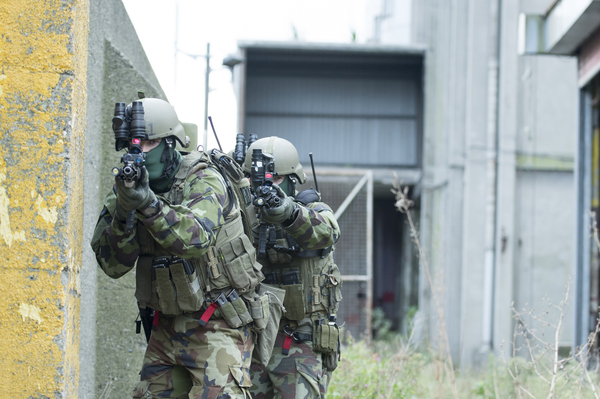 The Solidarity-People Before Profit TD is unhappy with the Government’s attempts to set the policy aside and believes the people of Ireland should be given the right to vote on the issue:

“The Government themselves, the Minister for Foreign Affairs has said, ‘We need to debate that [the issue of neutrality],’” he said.

“We are trying to prevent them doing that by having a referendum [and] allowing the people to decide.

“They say they want to have a mature debate, no better way to do it than with a referendum.”

In recent weeks Fine Gael TDs have called for Ireland to increase military spending - citing the war in Ukraine as proof that a sovereign nation needs to be able to defend itself.

However, Deputy Murphy rejected the suggestion and said it would be a waste of money:

“Ireland is simply not capable of being a military force and influencing events in the world - that’s just a material reality,” he said.