Ireland has a ‘limited capacity’ to tackle rising inflation because we no longer have our own...

Ireland has a ‘limited capacity’ to tackle rising inflation because we no longer have our own currency, a top economist has said.

Colm McCarthy told Newstalk that the Irish Government is very much at the mercy of international events because many of the economic levers that could halt the spiralling cost of living lie elsewhere:

“What the Government here can do is strictly limited,” Mr McCarthy told The Anton Savage Show.

“If the price of energy imports go up then you really can’t compensate the whole country for an increase in the price of something whose supply you don’t control.

“What the Government has done is a limited measure, it’s not inconsequential, people will get a 200 quid credit on their electricity bills and there’s also going to be a cut in bus and train fares.

“So they’re not trivial measures but they’re temporary.”

Last week Minister Heather Humphreys told Newstalk that the Irish Government knew it needed to do more to tackle the cost of living and it has since announced a range of measures - such as an immediate cut in the price of public transport tickets.

Mr McCarthy added that it was also likely that the European Central Bank would soon announce measures to curb inflation as well:

“Once you decide to abolish your currency then you don’t have a domestic monetary policy,” he said.

“You can’t affect interest rates, so inflation at European level is running at around 5% in most countries around the eurozone; the European Central Bank’s target is around 2% and they will take measures in due course to get the inflation rate back towards that figure.”

However, he added that there was one policy area that did lie within the Government’s remit that could make a real difference - action to tackle the housing crisis.

“There’s one element in the recent surge in prices that is entirely domestic and that’s rent,” Mr McCarthy said.

“Rent has gone up quite a lot in the last 12 months and that’s domestic. You can’t blame the Arabs or the Russians for the failures to increase housing supply.” 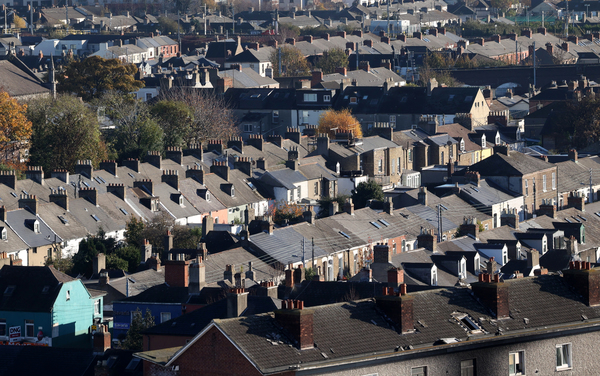