The involvement of teenagers in this weekend's violence in Northern Ireland has been described as...

The involvement of teenagers in this weekend's violence in Northern Ireland has been described as "recreational rioting".

Doug Beattie, UUP MLA for Upper Bann, said it was a "tragedy" that young people as young as 13 and 14 were part of the violence.

Saturday saw a second consecutive night of disturbances in the North during which 30 petrol bombs were thrown at police in Belfast.

A group of around 30 people gathered in Newtownabbey last night, which included "young people and older men some of whom were wearing masks".

The PSNI said three vehicles were hijacked and set on fire, while a 47-year-old man was arrested.

The violence comes after eight people were arrested and 27 police officers injured during riots in Belfast and Derry on Friday night.

Speaking today, North Area Commander Chief Superintendent Davy Beck appealed to those who are taking to the streets to stop immediately as "their actions are causing nothing but harm and distress to the very communities they claim they are representing".

“No-one wants to be dragged back to the dark days when rioting was a common occurrence on the streets of Northern Ireland," he added.

It comes after the decision was made last week not to prosecute members of Sinn Fein for attending the funeral of Bobby Storey. 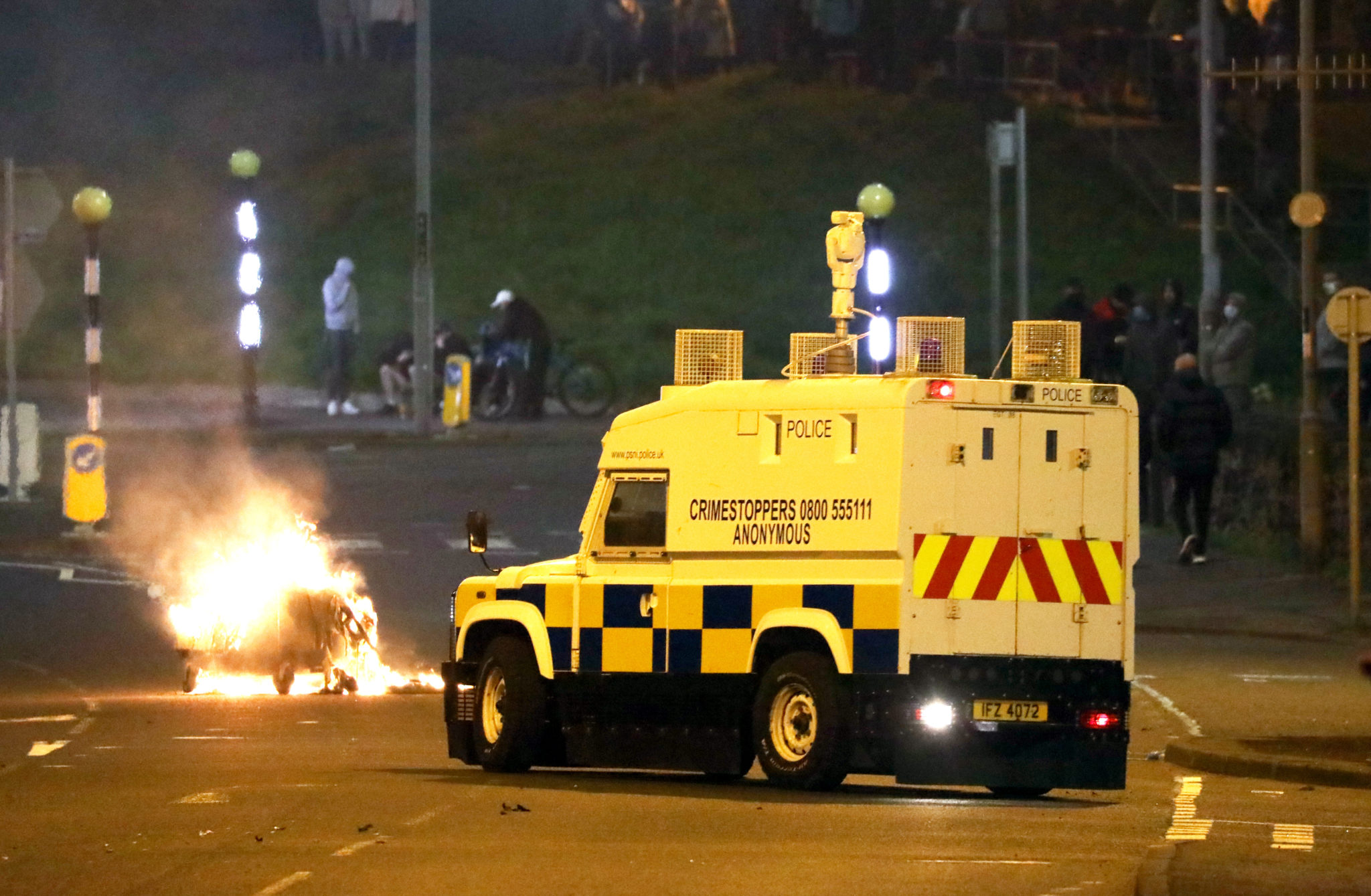 Speaking to On The Record with Gavan Reilly, Doug Beattie from the Ulster Unionist Party said it is likely that teenagers are being sent out to the streets by adults.

"I think it's a tragedy, these people have been doted on by adults and gone out there, it's like recreational rioting to them," he said.

"Sadly they're going to find themselves with a criminal record at such a young age.

"I think it's depressing and we should all be worried about this, that our youth is being used in such a manner."

Mr Beattie added that it was "quite clear" during the violent scenes that there were adults watching from the side of the road as the teenagers participated in the disturbances.

"That's a real shame and pretty disgraceful if I'm honest," he said.

Speaking on the same programme, Colin McGrath, Chairman of the SDLP and MLA for South Down, said it was "particularly sad" to see violence on the streets of Northern Ireland again and to have teenagers involved.

"Often those who orchestrate these events in the North are never anywhere to be seen when it comes to the arrests and it's very sad, it's very unfair, young people are pushed to the front and are left as the ones that get arrested," he said.

"I condemn the violence, I condemn those that orchestrate it, and I understand the sadness it is that there are some as young as 13 and 14 that were arrested for being involved in that."

Mr McGrath said political leaders should not just call out what they saw at the weekend, but also be "incredibly careful" at what they imply.

"I would think, is it really a surprise that we have loyalists out on the streets throwing bricks and petrol bombs at police whenever unionist politicians have spent all week berating the police," he questioned.

"I think there is a requirement on political leaders to be very careful about how they conduct themselves in public life because the things you say and the things you imply can be interpreted a different way a few days later.

He said there is not one single factor that can be attributed to the violent scenes, but added that given the "level of venom" being levelled at the PSNI last week, it was not a surprise to see police being targetted over the weekend.