Gardaí have “never apologised” for its behaviour in the wake of Charles Self’s murder.

An Garda Síochána has “never apologised” for its treatment of Ireland’s gay community in the wake of Charles Self’s murder, prominent LGBT activist Tonie Walsh has said.

Charles Self was a Scot who moved to Dublin to work on RTÉ’s flagship Late Late Show.

Witty and outgoing; he had a wide circle of friends and was often found putting his hand in his pocket for a round of drinks.

To a casual acquaintance, Charles’s life seemed a whirlwind of social fun and career success.

But not everything in Charles’ life was straightforward. He was also a gay man at a time when to be gay in Ireland was to be a criminal in the eyes of the law and to be a deviant in the eyes of many people.

Tragically, it all came to an end one evening in January 1982, during one of the coldest Irish winters in living memory.

At his home in Monkstown on Dublin’s southside, Charles was stabbed 14 times in a frenzied attack that left him dead.

His murder sent shockwaves through Dublin’s close-knit LGBT community and Tipperary man Tonie Walsh well remembers the “revulsion and horror” he felt after hearing the news.

But soon after Charles’ body had been laid to rest, gay Dublin’s grief turned to panic as the spotlight flicked from Charles to the community itself.

‘You wouldn’t happen to be one of them?’

Some 50 Gardaí were assigned to the case but the focus of many officers was not on tracking down Charles’ killers but rather on compiling a dossier on the gay community.

Newstalk’s Pat Kenny was then a colleague of Charles on the Late Late Show and Gardaí dropped by his house to interview him.

“Do you mind if we asked you a question?” they asked him.

“You wouldn’t happen to be one of them boys yourself, would you?”

It was an insinuation that left Pat feeling “shocked and aghast and also somewhat amused”. 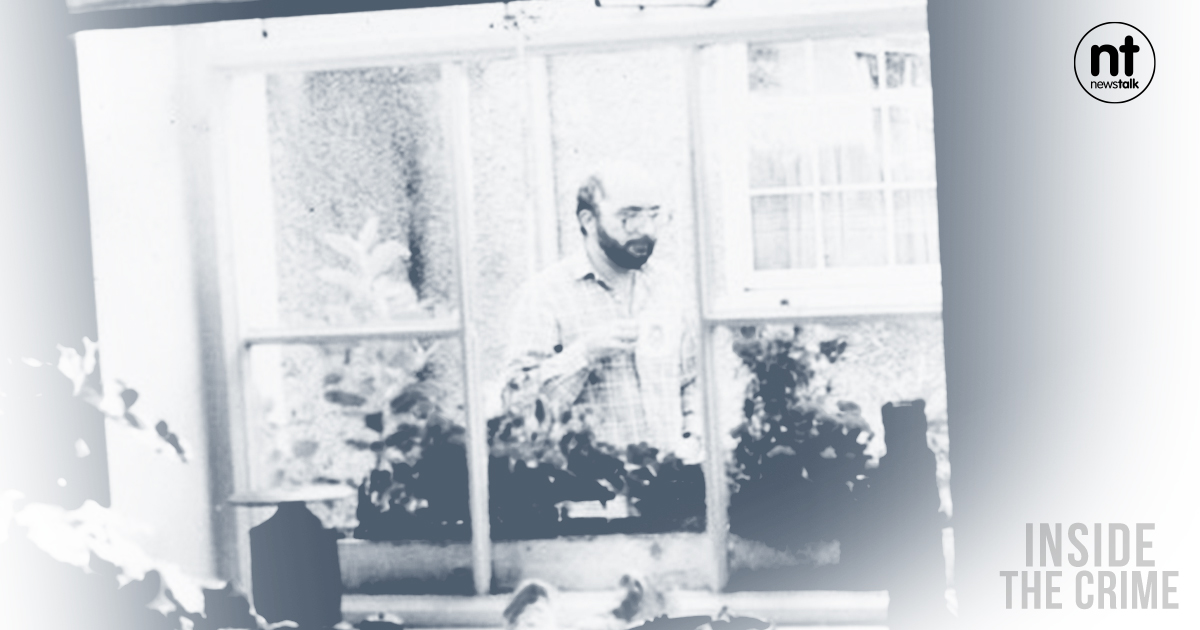 Charles Self seen through a window.

All across Dublin, Gardaí were asking similar questions to other men of Charles’ acquaintance and in the process, many were outed to friends, family and employers.

“The Guards approached it in a way that I think was not focused on the actual crime,” Peter Murtagh, security correspondent for the Irish Times, told Inside The Crime.

“I think the generalised charge that this was a trawl through an entire community - for whatever reason - is well made.

“And I think the analysis, which would say that is not the best way to investigate a crime, is substantiated.”

It was, Tonie believes, the “nadir” in the relationship between An Garda Síochána and the gay community – and it was something that took years to fix.

Ireland’s ban on homosexuality was rarely enforced by the 1980s and, although some individual Gardaí were considered “sympathetic” towards the LGBT community, in general, the sight of uniformed Garda was more likely to send a gay man’s heart beating with fear than make him feel safe and secure.

Tonie recalls once being beaten up once in broad daylight but never even thought to report it.

“[Gardaí] did not take our safety and welfare seriously enough,” he said.

“You could be beaten up in the street just for ‘looking gay’ and there was nothing you could do about it.”

Nor was the murder of Charles a unique event; a few months later, gay man Declan Flynn was murdered in Fairview Park - then a popular spot for cruising.

Unlike Charles’ killer, the teenagers who bludgeoned Declan to death were brought to justice, but the LGBT community was horrified when all four received suspended sentences.

It was as if Ireland and her justice system did not place any value on the life of a gay man.

“Getting news of a gay man being murdered in Dublin wasn’t quite a rare event in the early 80s,” Tonie continued.

“It happened on a fairly regular basis; there was a litany of murders from the 70s onwards which we would regard now as anti-gay hate crimes and after a time, you became inured to them.

“We understood that… from anecdotal evidence that the police just didn’t take them that seriously.”

Charles’ case has never been solved and the fingerprints and photographs that Gardaí took during their investigation have never been disposed of.

There have been, Tonie said, “umpteen requests to have the information which was gathered for the investigation destroyed.”

“But, of course, the murder investigation still remains open and I’d love to know what information is contained in that dossier because it made a lot of people really nervous; people didn’t know how it was going to be used.”

Such behaviour might be unthinkable in this day and age but for many, the lack of any official admission of wrongdoing still rankles.

“The police have never apologised for it,” Tonie said.

“And what annoys me today, 40 years later, is the staggering lack of awareness collectively on the part of the Gardaí - that they don’t see that they behaved badly.” 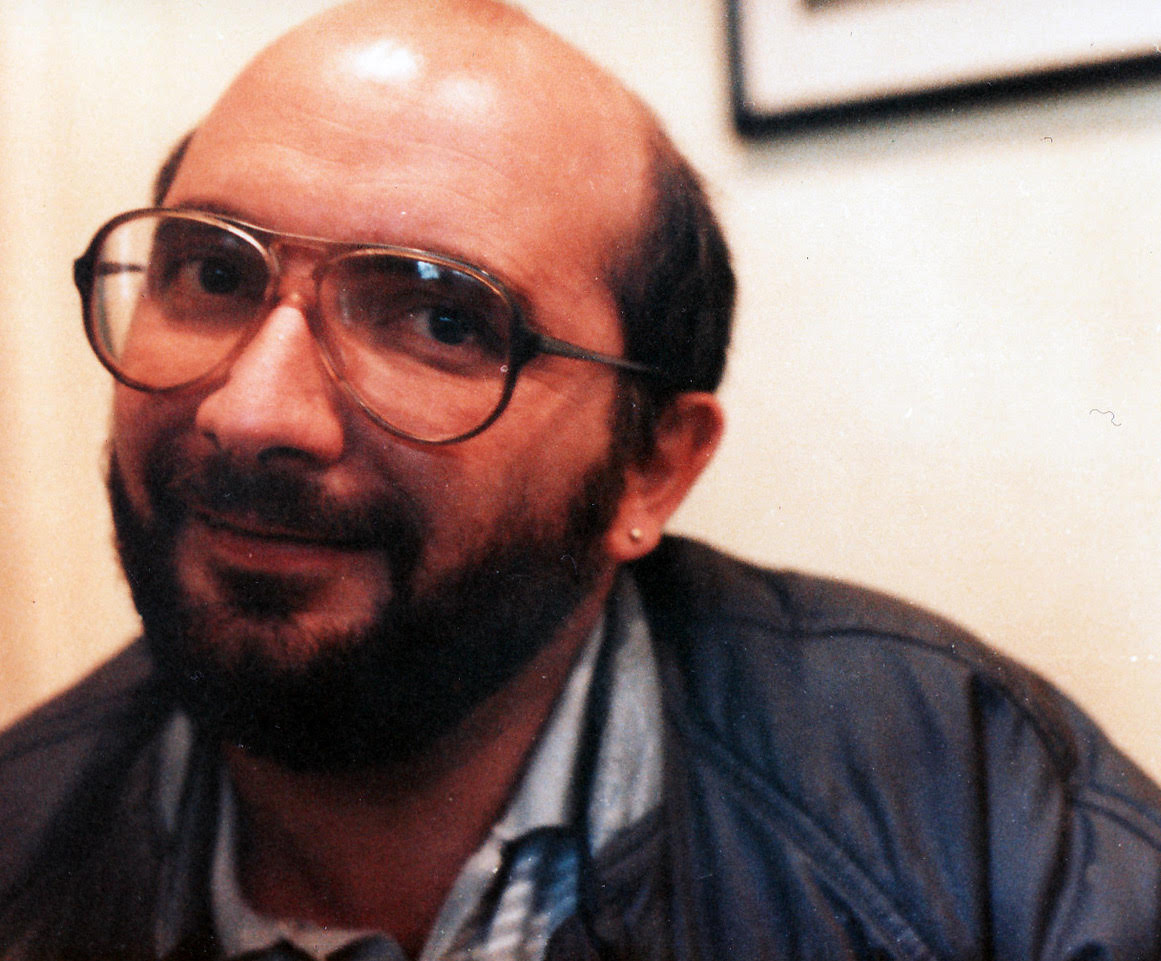 In 1993, Justice Minister Máire Geoghegan-Quinn repealed the ban on homosexuality.

It did not mean that Irish society became more accepting of LGBT people overnight, but it meant that the relationship between Gardaí and gay men was no longer one of law enforcement and criminal.

Still, memories of Garda behaviour in the aftermath of Charles’ murder lingered on and Tonie believes it was only with the establishment of G Force - the Garda LGBT staff network - that the healing truly began.

“They behaved really badly throughout the Charles Self investigation but at the same time, the Gardaí were simply servants of the State. People need to remember that,” Tonie said.

“And as servants of the State, they were doing the job of a dysfunctional and hugely prejudiced Government and society.”

An Garda Síochána told Newstalk they "do not respond directly to third party remarks."

Main image: Tonie Walsh and a Garda. Picture by: Thomas A. O'Shea.