The Irish Nurses and Midwives Organisation has predicted that this winter could be ‘worst’ ever following an ominous rise in patients in recent days.

The Irish Nurses and Midwives Organisation has predicted that this winter could be ‘worst’ ever following an ominous rise in patient numbers.

Officials have warned the health service to prepare for a so-called ‘twindemic’ in which hospitals are overwhelmed with COVID and flu patients during cold weather.

Health Minister Stephen Donnelly has conceded that medics are facing a “perfect storm” and Phil Ní Sheaghdha, General Secretary of INMO, says that staff are already dealing with an influx of patients.

“These numbers were considered a massive crisis in January and February of 2020 - just before the pandemic hit - and caused a lot of issues.

“We felt that that was the worst winter ever but since then we’ve had a pandemic and we’re heading back into another winter that’s going to be as bad - if not worse.

“Because having those types of figures in October means that November, December and January… will predictably be worse.” 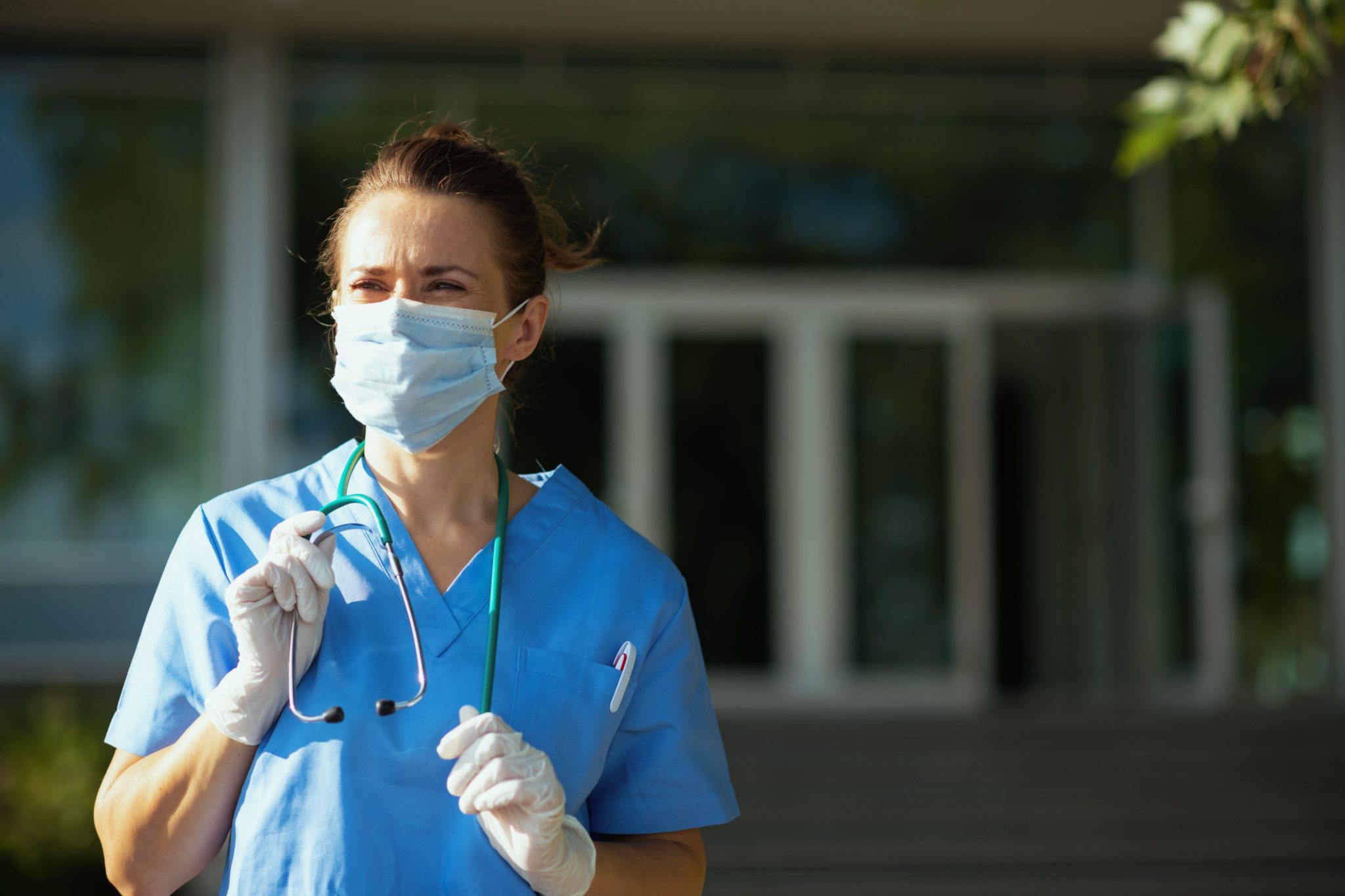 A woman in uniform with a stethoscope is seen near a hospital. Picture by: Alliance / Alamy Stock Photo

Ms Ní Sheaghdha said that patients made to wait for care on trolleys go through “absolute misery” and that the Government had not taken up the IMNO’s suggestions on how to mitigate the looming crisis.

“We’ve been raising the alarm since July about this winter,” she said.

“We have seen no plan that will tackle the short-term [problems]. We’ve looked for some fairly basic, in our view, measures which are that you have to look at all your bed capacity - including your private hospital bed capacity.”

The HSE has urged people to make sure they are up-to-date with their COVID vaccinations and get one for the flu as well.

Main image: A nurse at work.

Over 250,000 people waiting for scans in hospitals, NTPF figures show