The world's largest iceberg has broken off an ice shelf in Antarctica. The enormous iceberg, name...

The world's largest iceberg has broken off an ice shelf in Antarctica.

It is about 170 km in length and 25km wide - making it slightly larger than the Spanish island of Majorca.

It has been calved from the western side of the Ronne Ice Shelf lying in the Weddell Sea.

It was spotted in recent images captured by the Copernicus Sentinel-1 mission. 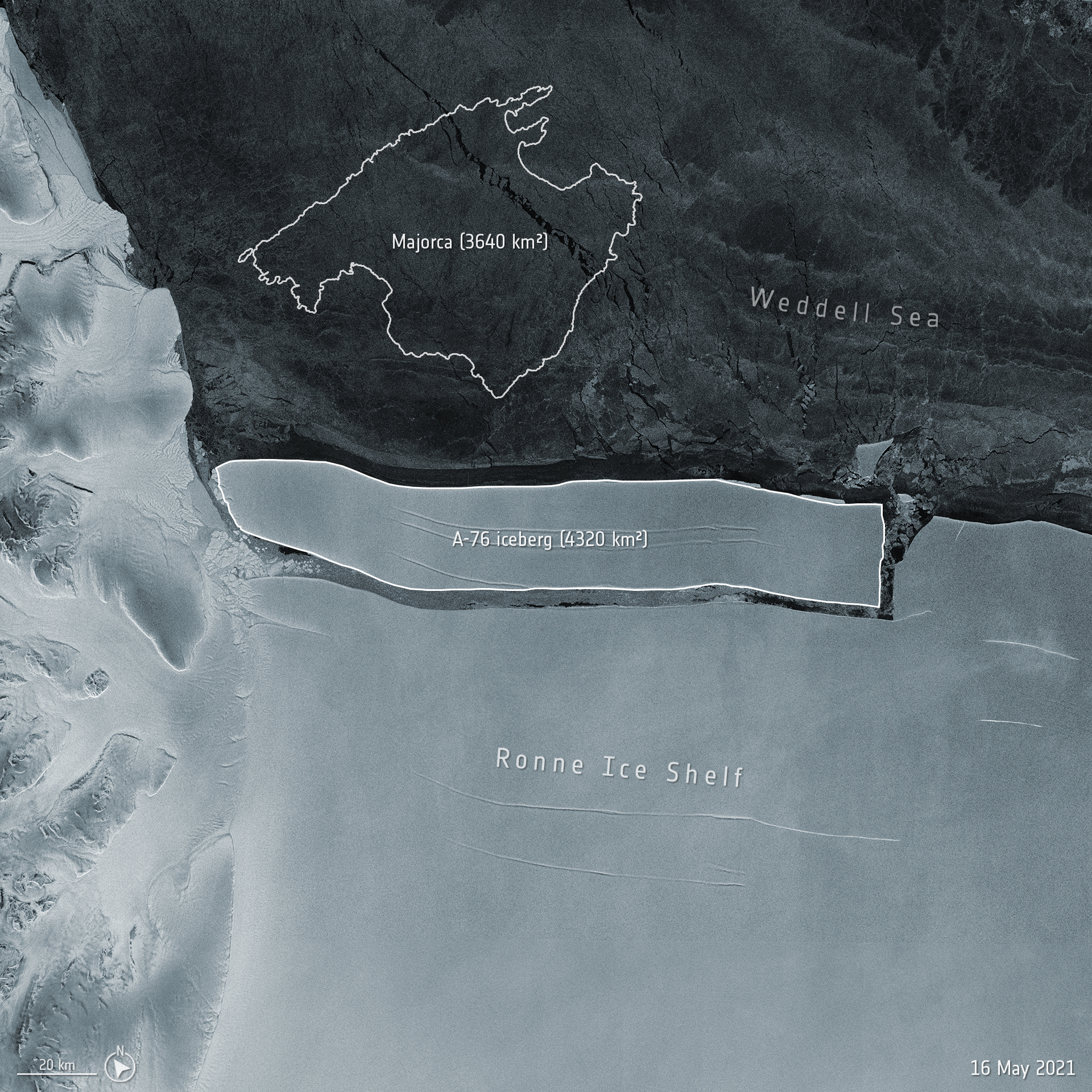 The European Space Agency (ESA) says this berg easily takes the prize as the world's biggest.

"The enormity of the berg makes it the largest in the world, snatching first place from the A-23A iceberg (approximately 3,880 sq km in size) which is also located in the Weddell Sea.

"In comparison, the A-74 iceberg that broke off the Brunt Ice Shelf in February earlier this year, was only 1,270 sq km."

In July 2017, one of the largest icebergs on record calved from the Larsen C ice shelf in Antarctica. Source: ESA

The iceberg was spotted by the British Antarctic Survey and confirmed from the US National Ice Centre using Copernicus imagery.

Icebergs are traditionally named from the Antarctic quadrant where they were originally sighted, then a sequential number, then - if the iceberg breaks - a sequential letter.