Jack was crossing the road with a friend when he was clipped by a hit-and-run driver.

The family of a young boy who was injured in a hit-and-run last month are urging the driver to come forward.

13-year-old Jack Duggan suffered a serious head injury in the incident in Cork city and is now recovering after emergency surgery.

On Newstalk Breakfast this morning, his sister Donna Duggan said he is recovering well, but remains traumatised by what happened.

She said Jack was crossing the road with a friend when he was clipped on October 3rd.

“They were actually by the traffic lights and when they reached the other side of the road, he actually reached the pavement but the driver, the motorist, made no attempt to even stop and clipped the back of his other leg, which sent him spinning and then landing on his head, hitting the floor,” she said. 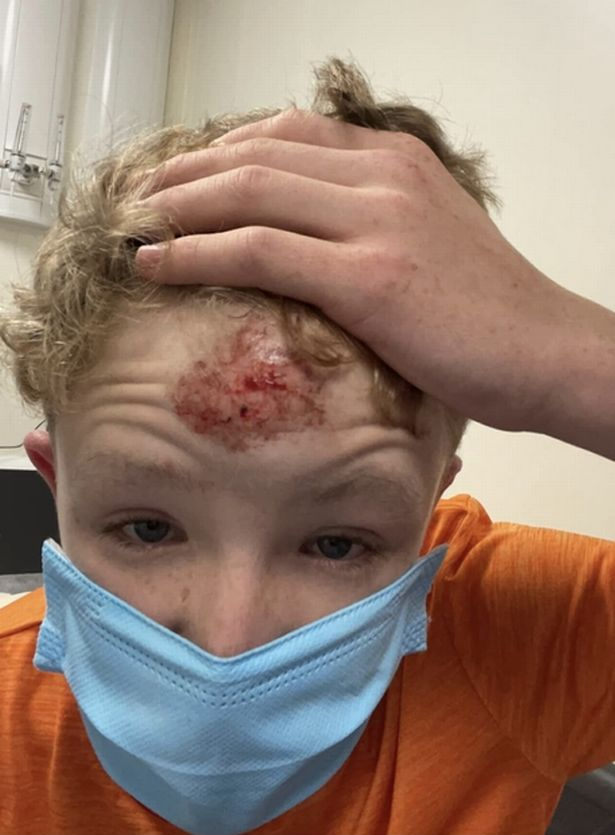 Donna said Jack’s condition deteriorated quickly over the next week – developing a large hematoma a few days after the accident.

“His condition actually changed every single day,” she said.

“They were happy enough to leave him go home from the A&E on Monday night around 10pm. It wasn’t until he woke the next day that he started to vomit, so we went straight back into the A&E and we were there for ten hours and he was left to go home again.

“Eventually he had to go for emergency surgery on Thursday, October 20th.”

Gardaí are appealing for any information on the driver who is described as having blonde hair and driving a silver car.

Donna said she stopped briefly to look back before changing her mind and driving away from the scene.

“She stopped just a few yards up the road,” she said. “There was a young girl there who witnessed it all.

“The lady took off her seatbelt, took a look back out her rear window and decided to turn back around, put the seatbelt back on and drive away.”

Jack’s family are now appealing for her to come forward.

“Most of all - and I have been saying this to my mother, family and friends - I just hope the woman sees the extent of the damage she has caused my brother and the stress and worry she has caused our family,” said Donna.

Jack is now recovering after surgery and doctors removed his stitches yesterday.

Donna said she is hopeful he will fully recover physically – but he is still traumatised by the incident.

“We were walking the other day - we were going for dinner - and I had to put my arm around him to walk across the road,” she said.

“He is still very nervous and he has gone inside of himself a small little bit but that is 100% due to trauma from the accident.”

Gardaí are appealing for any witnesses to the incident to come forward.

They are particularly interested in talking to drivers who were in the area at the time and may have camera footage.