HSE reveals over 30 flu-related deaths so far this season

The Health Service Executive (HSE) has said influenza is still circulating in Ireland. It said th...

HSE reveals over 30 flu-related deaths so far this season

The Health Service Executive (HSE) has said influenza is still circulating in Ireland.

It said that the flu will continue to circulate for "at least the next four weeks."

To date this season, 34 flu related deaths have been reported to Health Protection Surveillance Centre (HPSC) - the majority in those aged 65 years and older.

But it also said most indicators were stable during week six, ending February 10th.

While flu activity decreased slightly, with the GP influenza-like illness (ILI) consultation rate falling to 50.8 per 100,000 population during week six, compared to 53.2 per 100,000 the previous week.

The consultation rates are highest in children and adults aged less than 65.

The number of flu hospitalisations dropped during week six - and the highest hospitalisation rates continue to be those aged less than five-years-old. 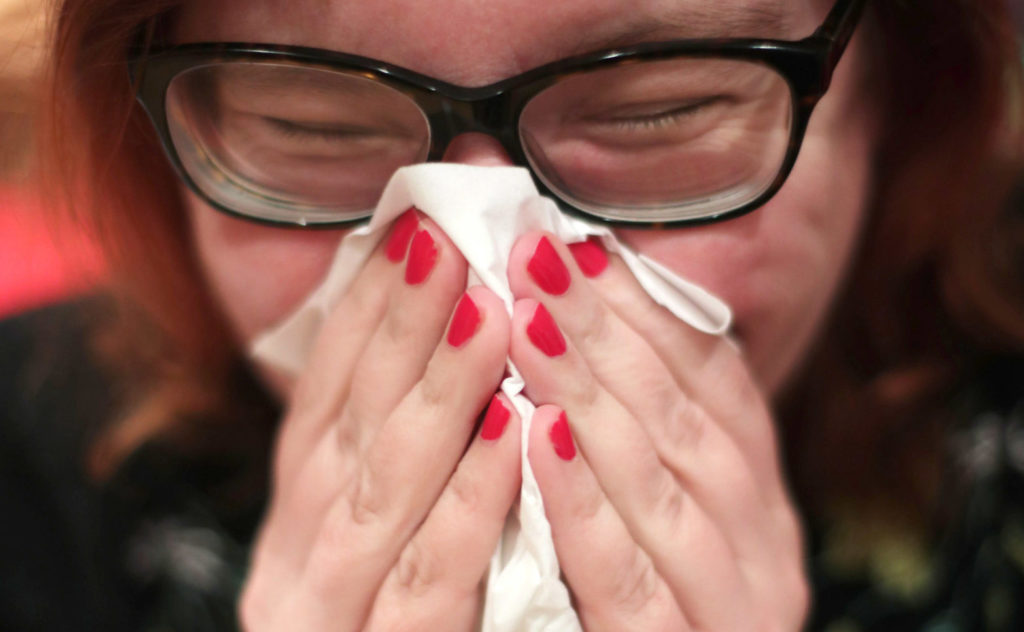 A woman with a cold blowing her nose with a tissue | Image: Yui Mok/PA Archive/PA Images

To date this season, 1,672 hospitalised confirmed influenza cases have been reported to the HPSC.

A total of 88 confirmed flu cases have been admitted to critical care units, with the majority due to influenza A.

The highest ICU admission rates were in adults aged 45 years and older, and children under five years of age.

"Low levels of influenza A(H3N2) and B continue to circulate."

'Not too late for the flu vaccine'

The HSE is reminding people that it is still not too late to get the flu vaccine - and those in high-risk groups are still urged to get vaccinated.

It said the current vaccine remains a good match for the circulating influenza viruses.

It is also recommended that anti-virals be considered for the treatment and prevention of influenza in at-risk groups.

Dr Kevin Kelleher, assistant national director for health protection, advised: "Cover your nose and mouth with a tissue when you cough and sneeze, disposing of the tissue as soon as possible and cleaning your hands as soon as you can are important measures in helping prevent the spread of influenza and other germs and reducing the risk of transmission."

"Anyone who gets flu should stay at home, rest, drink plenty of fluids and use over-the-counter remedies like paracetamol to ease symptoms."

While anyone in one of the high-risk groups should contact their GP if they develop influenza symptoms.

Those who need to visit their GP or the emergency department are advised to phone first, to explain that they might have flu.

Advice, tips and information can be found here