The decision to house Ukrainian refugees in tents in Gormanston Army Camp is “very concerning” and might well be illegal, the Irish Refugee Council has said.

The camp will accept its first new residents today as the Government scrambles to house the large numbers of asylum seekers arriving in Ireland.

Some 43,000 Ukrainians have arrived in Ireland since the conflict began in February and the Government is struggling to find suitable accommodation for them all.

Many are being housed in hotels across the country but last week some were forced to spend the night sleeping on the floor in Dublin Airport.

However, it is the decision to house them in Gormanston Army Camp that troubles the IRC the most:

“I think it’s a very serious indication of the that situation we’re in,” CEO Nick Henderson told Newstalk.

“16 people to a tent, accommodated on Defence Force land.

“It’s really imperative that if we are going to use tented accommodation it’s for as short a period as possible.” 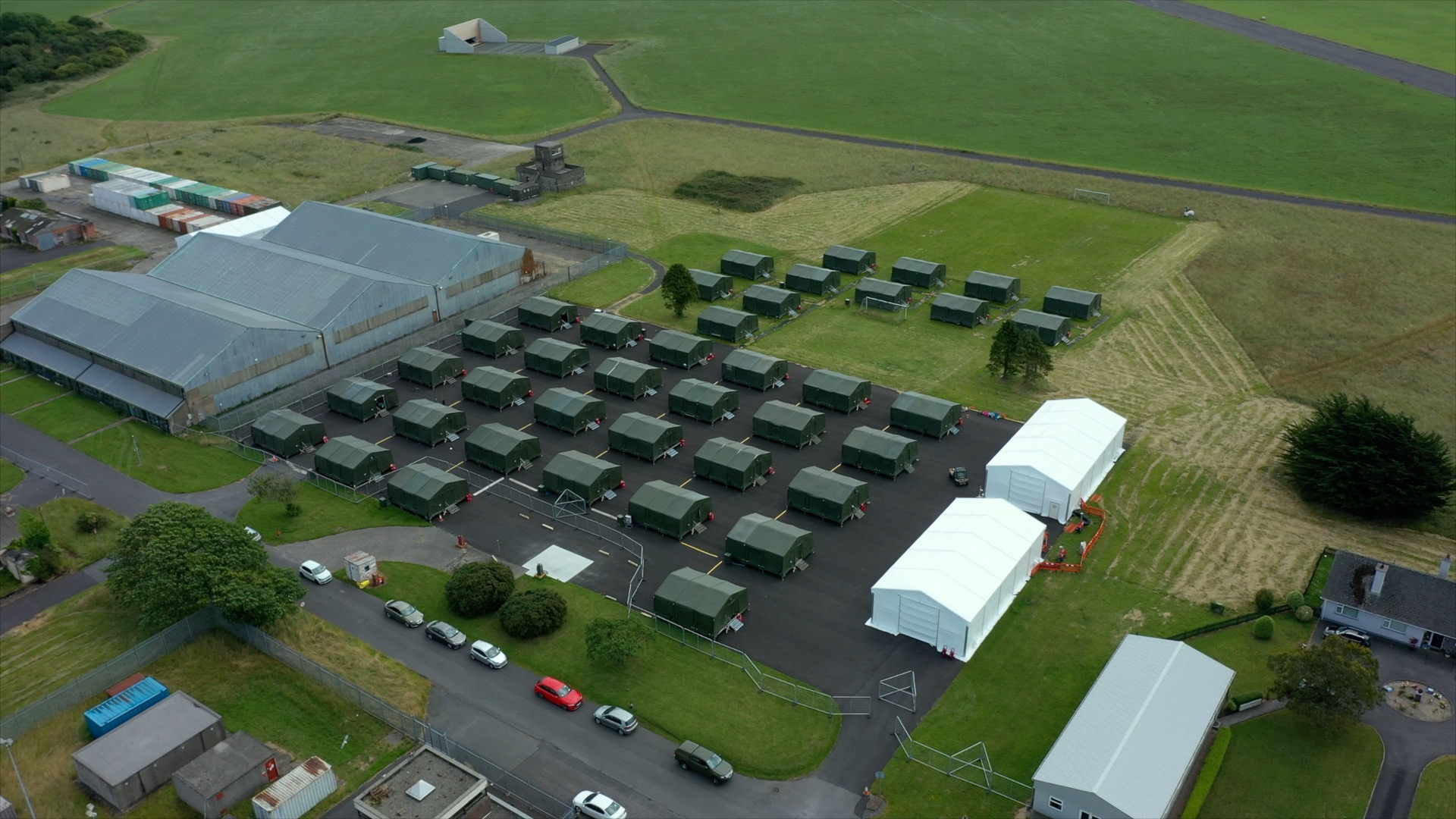 “There’s basic legal obligations that we must adhere to as a state.

“And I actually don’t think tented accommodation would meet that standard.

“All that being said, we understand the Government are in but I think we are now beginning to pay the price for a lack of medium to long-term thinking.

“We really have to activate a new set of policies; greater coordination, other Government Departments playing their role to support the Department of Children - that’s all critical.”

Minister for Children Roderic O’Gorman has assured refugees that their stay in Gormanston would only be temporary and that they would be there for a week “maximum”.