Former Lord Mayor of Dublin Hazel Chu is standing in a Seanad by-election, pledging to focus on v...

Former Lord Mayor of Dublin Hazel Chu is standing in a Seanad by-election, pledging to focus on violence against women if elected.

It is the third time in two years that the Green Party councillor has stood for election but Cllr Chu said her defeats had not deterred her from standing again:

“I know a lot of people think, ‘That’s a bit desperate’ but it’s not,” Cllr Chu told On The Record with Gavan Reilly.

“And for me, after my year as Lord Mayor, I’ve realised there’s a lot that we’ve done with the city that we can carry on to do in the Upper House and also the Oireachtas.”

While the past few weeks have been dominated by press coverage of the murder of Ashling Murphy, Cllr Chu says things will not change unless the Oireachtas has legislators in it willing to fight for a society where women can live free from violence:

“We’ve had a long few weeks of coverage of [the issue], but it seems like just another phase for people,” Cllr Chu continued.

“Everyone talks about the watershed moment that this will be, that this will be when things change but… until we have more people willing to change things on a policy and legislation level, then it won’t.

“Simply put, since 2007 we’ve been talking about education reform and policy in relation to harassment and consent.

“We need to bring those in.” 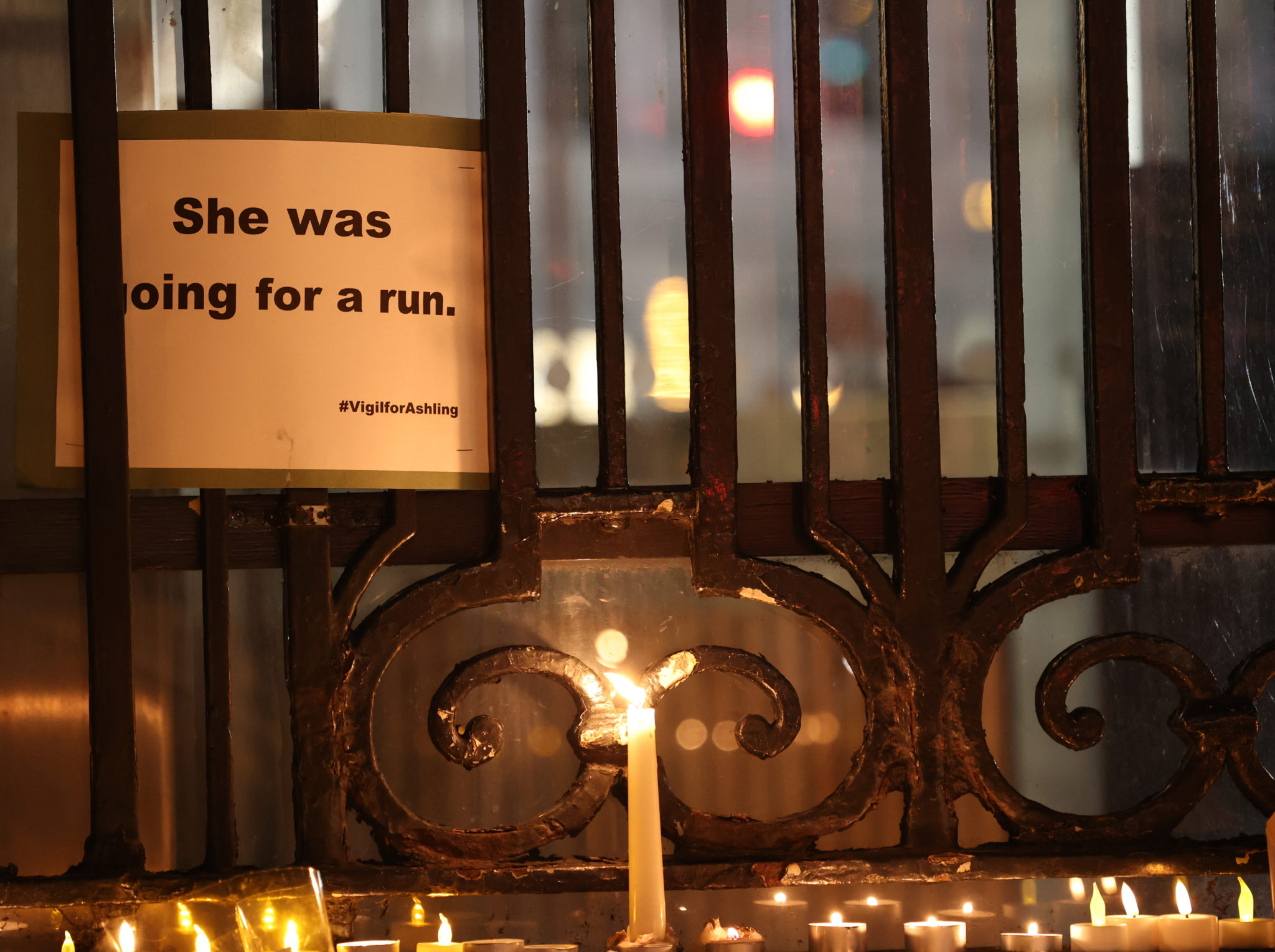 Pictured are candles being lit by members of a large crowd outside Dáil Éireann in Dublin for  a vigil for Ashling Murphy, who was fatally assaulted in Tullamore earlier this week. Photograph: Sam Boal / RollingNews.ie.

In the wake of Ashling Murphy’s murder, Justice Minister Helen McEntee told Newstalk that the Government would implement a strategy of “zero tolerance” for gender based violence.

She also promised a new strategy based on the principles of “prevention, of protection, prosecution and policy coordination”.

Most power in Irish politics lies with the Dáil and Government Ministers; however, Cllr Chu believes she can still make an impact from the Upper House:

“When you have one person and one more person, it adds up.

“And the other thing is, it’s a show that your Oireachtas is made out of diversity.

“I think there was a very good quote from Sarah McEnaney of how during the pandemic last year, her predominant memory was seeing three men at the podium.

“And we need to change that because we’ve noticed during the pandemic that women and the marginalised get left behind.”