Justice Minister Helen McEntee has confirmed that a new strategy to deal with gender based violen...

Justice Minister Helen McEntee has confirmed that a new strategy to deal with gender based violence will likely be published in March.

In recent days thousands of people have attended vigils in memory of murdered primary school teacher Ashling Murphy and Minister McEntee said the tragedy might be a turning point for Irish society:

“I think what we’ve seen this week is an outpouring of grief right across the country from women, men and children, all of whom have come together in solidarity with Ashling’s family and her community,” Minister McEntee told On The Record with Gavan Reilly.

“But in particular to come together and demand that there is zero tolerance for this.”

“And what we’ve seen now is everybody, society coming together to say it should not be the case, we should not tolerate this, we need to do more, we need to ensure that there’s zero tolerance for any type of violence or abuse against women.

“And I think what’s different this time… I think every person has pictured Ashling as someone they know.” 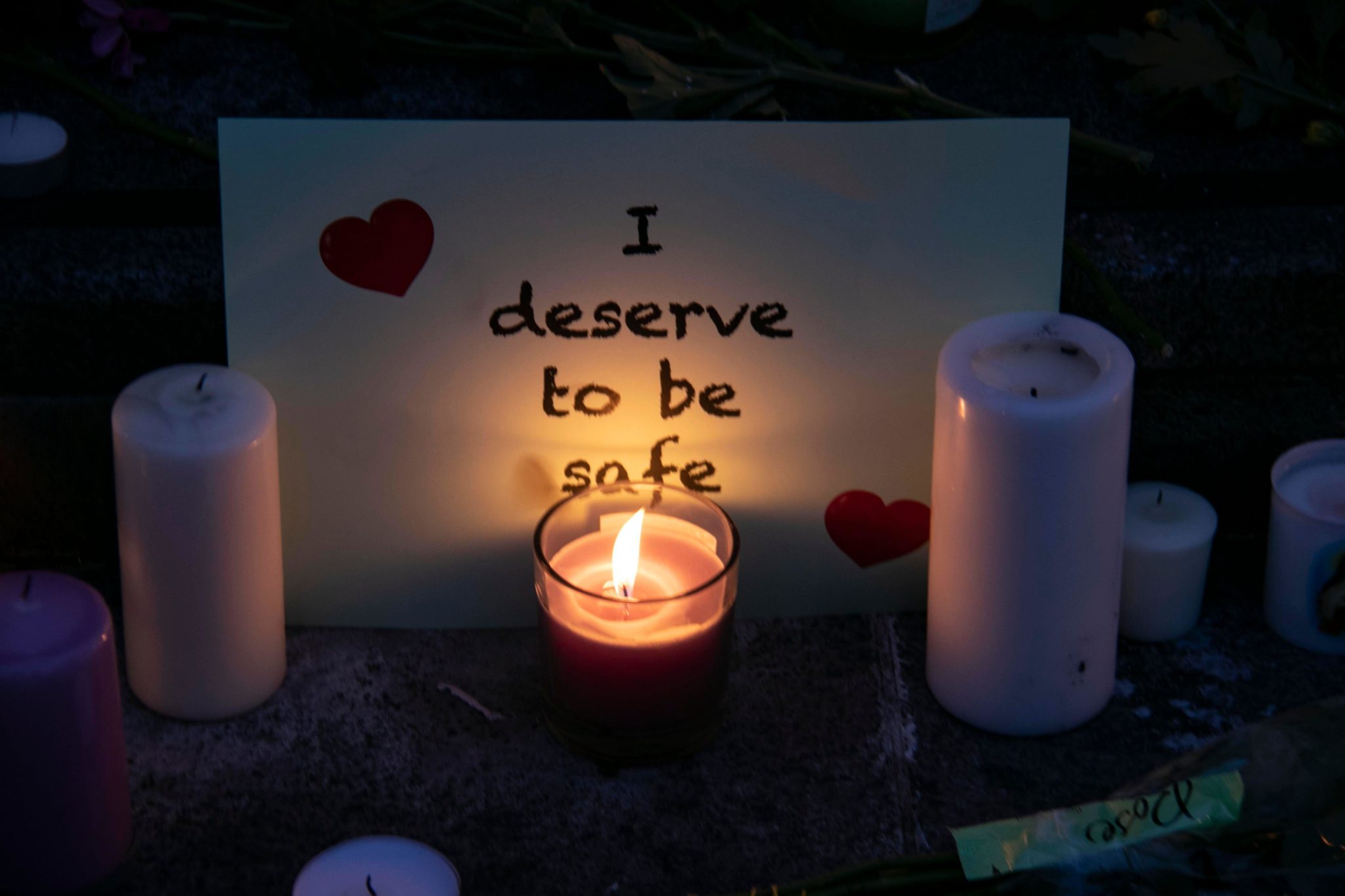 The Irish Government has twice previously published five year plans to combat domestic, sex and gender based violence; however, Minister McEntee insisted that while both plans “made huge progress”, the next one would based on clearly defined principles:

“[It will be] based on four key principles; internationally renowned principles of prevention, of protection, prosecution and policy coordination,” Minister McEntee said.

“And what’s really important here is that we have one key driver. I am the Minister with lead responsibility for domestic and sexual violence working with my colleagues... right across the board.

“I will lead the implementation of this new strategy. I will ensure that working with the Department of the Taoiseach we have detailed actions with timelines, who will carry out these actions and ensure that they are fully funded.” 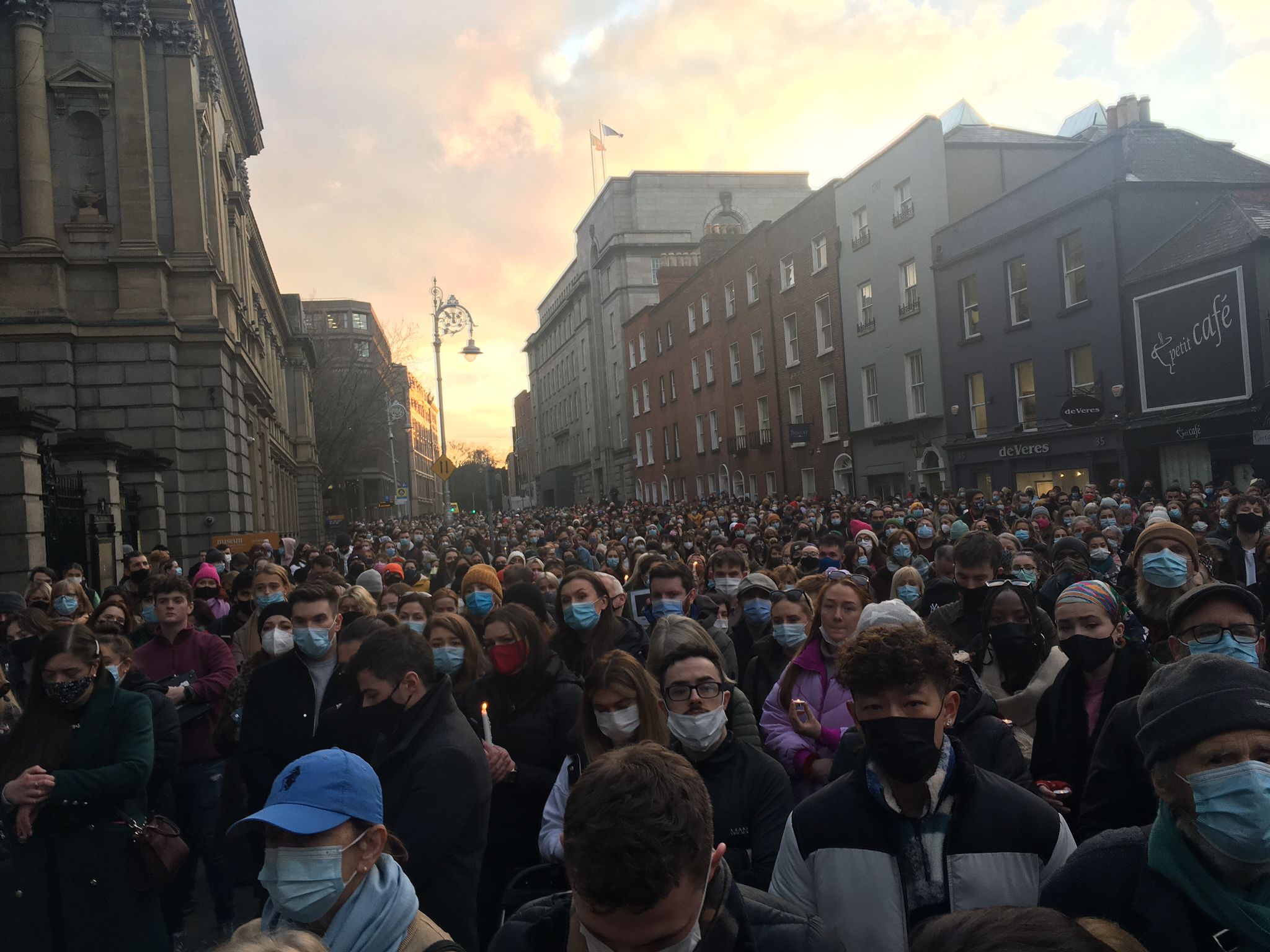 Crowds outside the Dáil in Dublin city for a vigil to Ashling Murphy. Picture by: Paul O'Donoghue

On Saturday, Sinn Féin TD Louise O’Reilly made an emotional appeal for change in the wake of Ashling’s murder and urged the Government to cite a new unit to combat gender based violence in the Department of An Taoiseach:

“I’ll be honest with you, I’m actually sick of this,” Deputy Reilly told The Anton Savage Show.

“I’m coming in here this morning thinking, what is the first time it ever happened to me? I think I was about 11 years of age and a grown man walked past me, he winked at me and he said, ‘Huh, you’ll be ready for a bra soon.’”

“And one of the things… that we [Sinn Féin] called for is the establishment of a sexual and gender based violence policy and service implementation unit within the Department of An Taoiseach.

“So that’s the leadership there, that’s also the Taoiseach and the Taoiseach’s office, and all of the power that comes with that, driving this. So that’s putting it at the top of the agenda and saying, ‘This is important.’”

Main image: Women hold photos of Ashling Murphy outside Dáil Éireann in Dublin as part of a vigil. Picture by: Sam Boal / RollingNews.ie