Australians have elected Anthony Albanese, the ‘half-Irish, half-Italian’ leader of the Labor...

Australians have elected Anthony Albanese, the ‘half-Irish, half-Italian’ leader of the Labor Party, to serve as their next Prime Minister.

It is not certain if the Labor party will have a majority in the House of Representatives but if not they can expect support from the Green party and a number of independent MPs.

"I want to unite the country," a delighted Mr Albanese said as he headed towards a victory celebration.

In policy terms, the difference between the centre-right Coalition and the Labor party are light. Labor pledged transformation if elected to Government in 2019 but was left reeling after Liberal leader Scott Morrison was handily re-elected.

So instead, this year’s campaign focused on tone and governing style.

Mr Albanese, who briefly served as Deputy Prime Minister in 2013, made much of his background as the child of a working-class single mother and in the run up to polling day spoke of the “courageous decision” she made not putting him up for adoption:

“She chose, in order to deal with the pressures that were on a young Catholic woman at that time, in those circumstances, to take my father's name, and I was raised, being told that he had died,” Mr Albanese said, his voice choked with emotion.

“So, the fact that that young kid is now running for prime minister, says a lot about her and her courage.”

One area of Government policy that did provoke controversy during the campaign was the Coalition’s handling of climate change - with many voters in inner cities upset with the sluggish progress the country is making in the race towards net zero.

Mr Albanese has promised to cut emissions by 43% by the end of the decade and to reach net zero by 2050.

In other areas, the Labor party has promised more of the same.

Mr Albanese has promised not to raise income tax and a commitment to hold a referendum on becoming a republic has been dumped. Instead, Mr Albanese has spoken of his “deepest respect for the Queen” and promised to prioritise the recognition of indigenous Australians in the constitution. 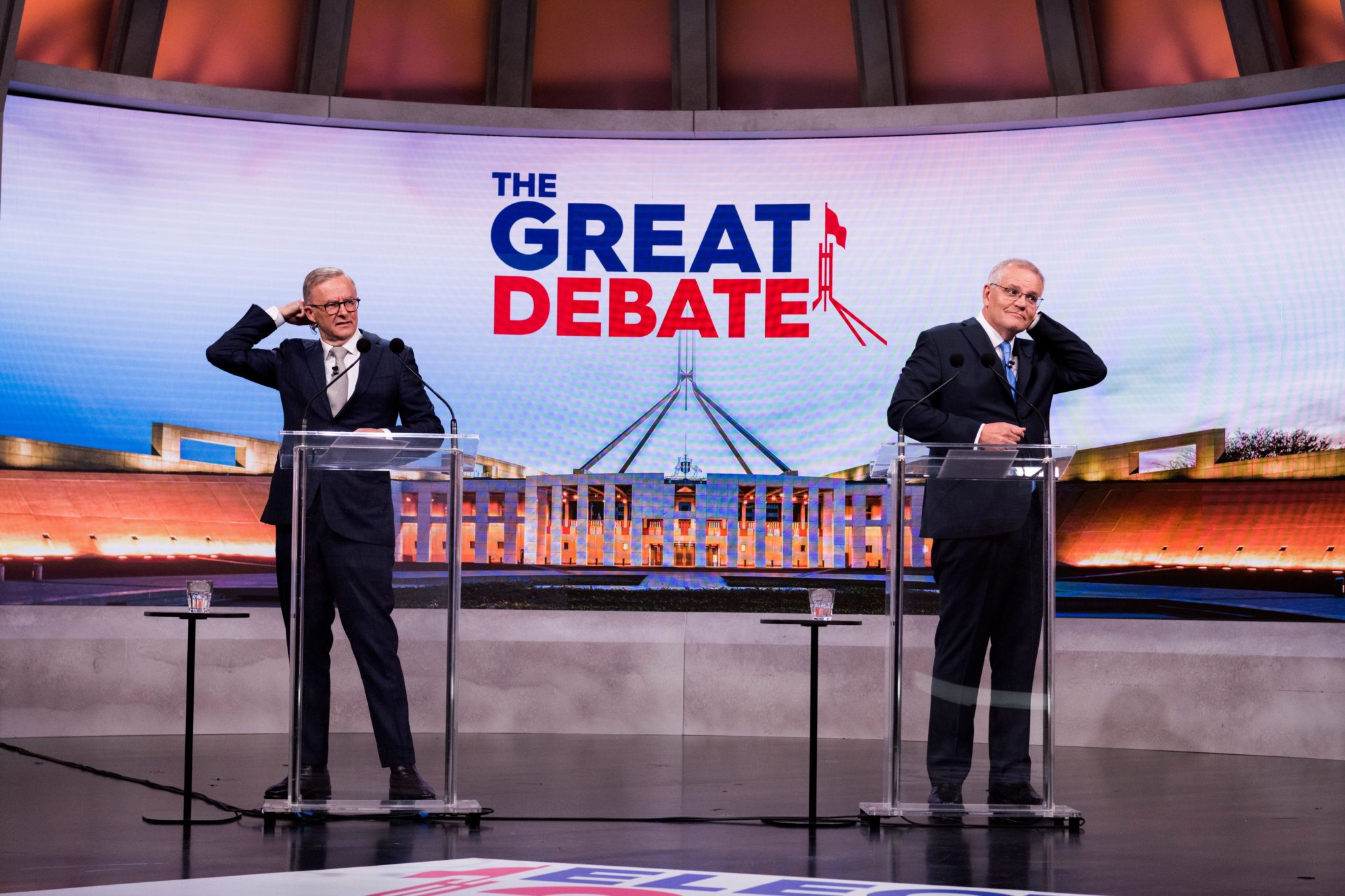 Australian Prime Minister Scott Morrison and Opposition Leader Anthony Albanese during the second leaders' debate of the 2022 federal election campaign at the Nine studio in Sydney, Australia May 8, 2022. James Brickwood/Pool via REUTERS

The centre-right Coalition has governed Australia for nine years but support for Prime Minister Scott Morrison plunged in recent months.

After Malcolm Turnbull was toppled as Prime Minister in one of Australia’s many political coups, ScoMo was chosen as Liberal leader and projected an image of an everyday Aussie dad who loved sports and oozed suburban values.

Voters warmed to him and he won a surprise victory in the 2019 General Election. 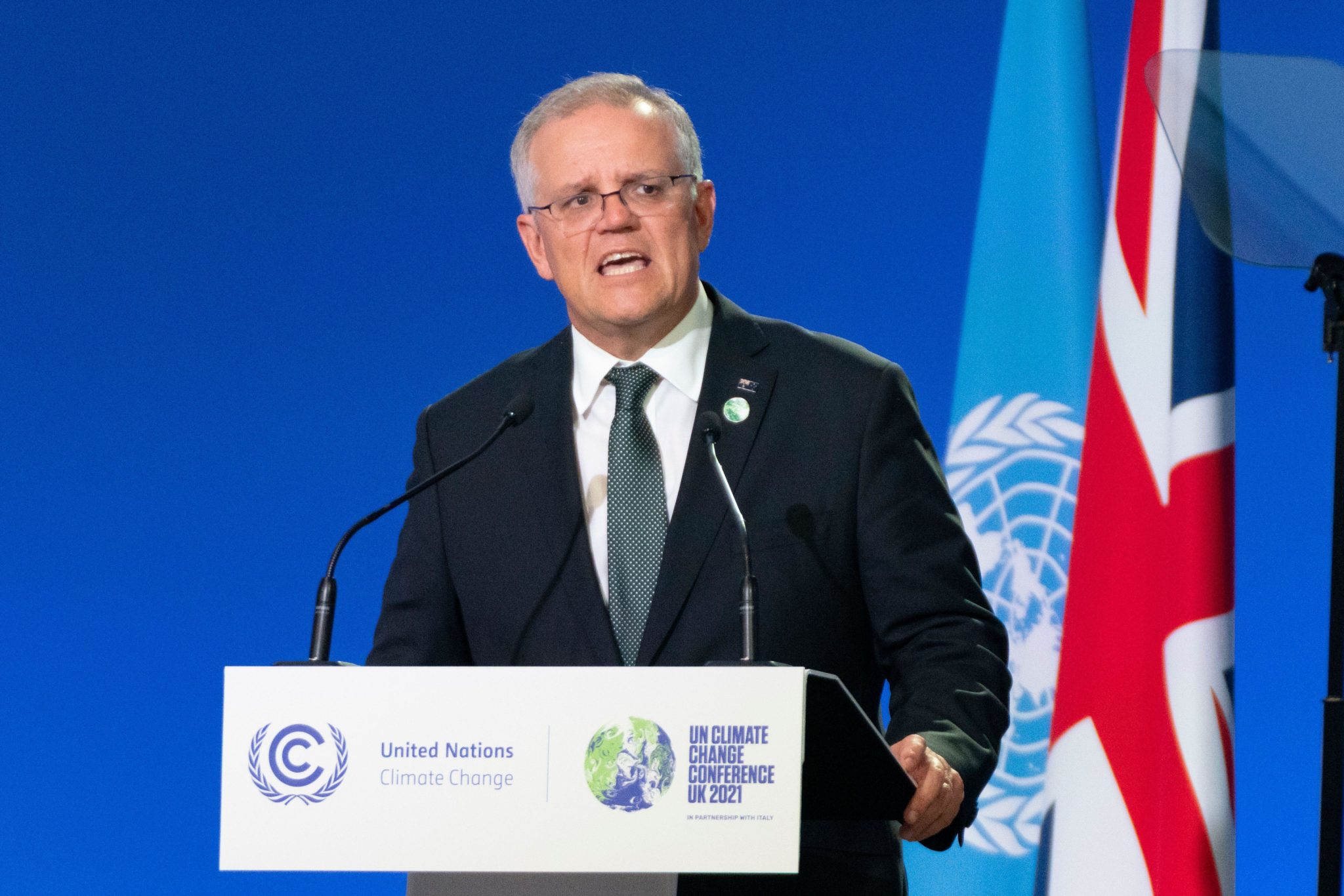 As Prime Minister he battled bushfires and during the pandemic turned the country into “Fortress Australia” in order to keep COVID out.

He also negotiated a landmark free trade deal with Britain and a pact with London and Washington for Australia to be supplied with nuclear submarines.

However, last year's vaccine rollout was sluggish compared to other developed countries and his popularity plummeted as a result.

In a concession speech, Mr Morrison said that he was leaving the country, “in a stronger position... than we inherited it when we came to government those years ago under Tony Abbott".

Main image: Anthony Albanese reacts during the third leaders' debate at Seven Network Studios on Day 31 of the 2022 federal election campaign, in Sydney, Australia May 11, 2022. Picture by: Lukas Coch/Pool via REUTERS