Bushfires in Australia are now burning in five different states, with emergency services warning that at least 60 fires are out of control.

New South Wales (NSW), which last week was paralysed by a seven-day state of emergency amid "catastrophic" conditions, accounts for more than half of the fires.

Officials say the town of Balmoral, about 75 miles from Sydney with a population of around 400 and 150 houses, has been virtually destroyed, and up to one-third of the vineyards in the South Australian capital city of Adelaide have been scorched.

Since September, the blazes have killed at least nine people, including two firefighters, destroyed more than 900 homes and burned nine million acres of land.

Forecasters are expecting some respite with cooler conditions over the next few days, but are warning that temperatures are set to spike again in many states by the weekend. 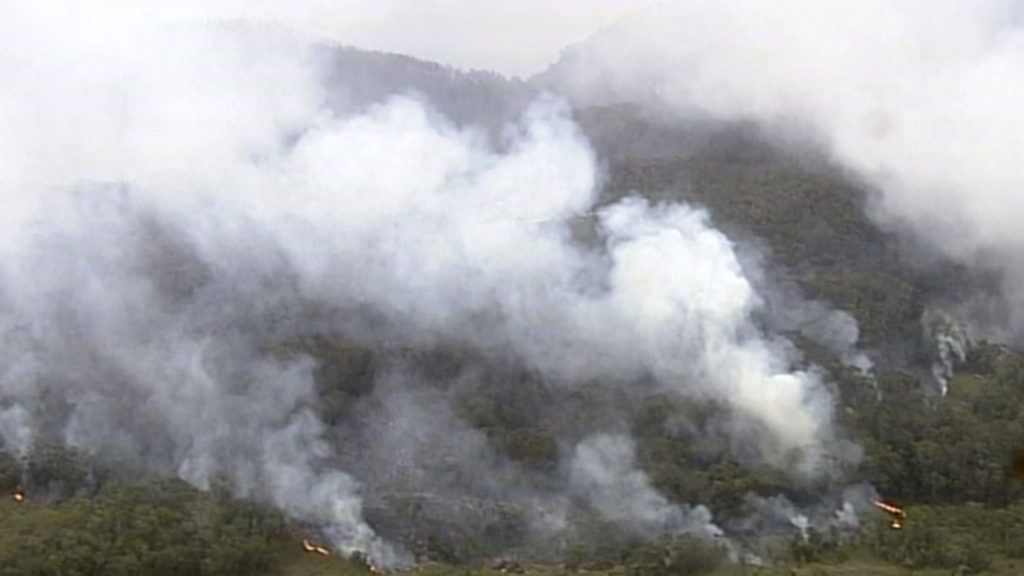 In this image made from video, fire and smoke rise from a bushfire at Blue Mountains, New South Wales state in Australia | Image: AP/Press Association Images

Adelaide is forecast to reach 39C, according to the Bureau of Meteorology. Similar temperatures are expected in the Victorian city of Melbourne.

"We've got to keep in mind that we're not expecting any rainfall to make any meaningful difference to these fires until January or February," he said.

"That's still a way to go. We're still talking four to six weeks at best before we start to see a meaningful reprieve in the weather."

Climate change has been cited as a major factor in fires burning across New South Wales, Victoria, Queensland, South Australia and Western Australia.

Australian Prime Minister Scott Morrison acknowledged a link between climate change and bushfires, but said it was "not credible" to directly link specific fires to the issue.

He said: "There is no argument, in my view, or the view of the government, and any government in the country, about the links between broader issues of global climate change and weather events around the world.

"But I'm sure people would equally acknowledge the direct connection to any single fire event is not a credible suggestion." 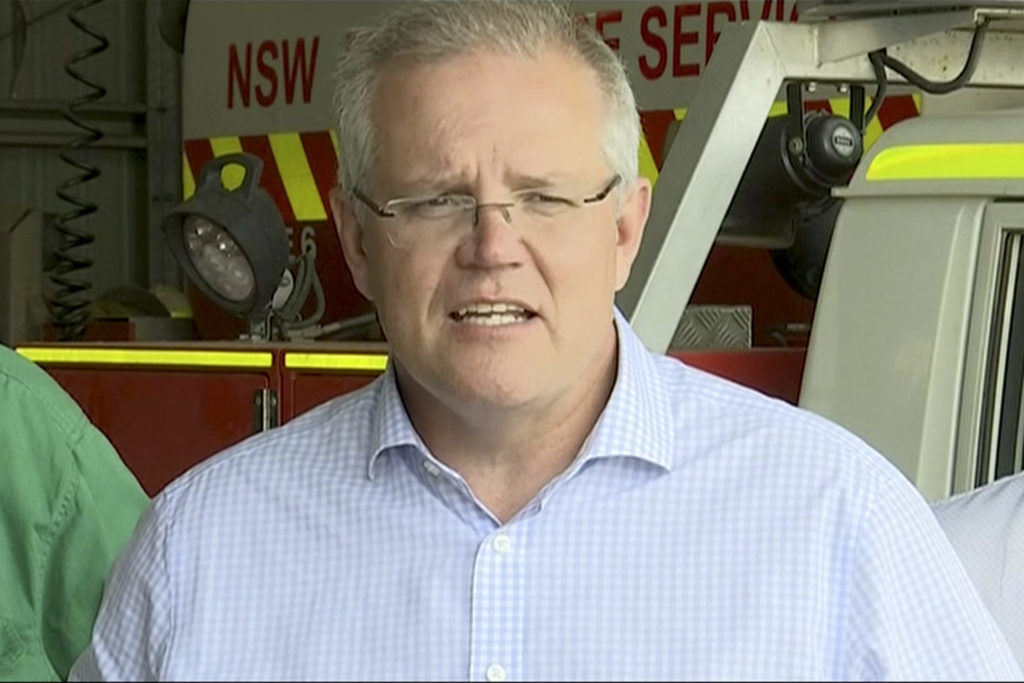 "I am not going to write off the jobs of thousands of Australians by walking away from traditional industries," he told Channel Seven.

Mr Morrison also apologised for going on a family holiday during the deadly bushfires.

He returned on Saturday after cutting short his Hawaii vacation with his wife and adult children following a public outcry over his absence back home during a national crisis.

Speaking during a news conference in Sydney on Sunday, Mr Morrison said with the "benefit of hindsight we would have made different decisions".

He said: "I get it that people would have been upset to know that I was holidaying with my family while their families were under great stress.

"But I'm comforted by the fact that Australians would like me to be here, just simply so I can be here, alongside them as they're going through this terrible time... and I apologise for that."

Mr Morrison said by going on holiday he was trying to keep a promise to his children, but said that he accepted as prime minister "you have other responsibilities".

"I accept that. I accept the criticism," he said.

Opposition leader Anthony Albanese said it was "a good thing" Mr Morrison was back in Australia "but we saw today no change in his strategy with regard to the bushfires".