Sinn Féin leader Mary Lou McDonald says the Government's 'green list' of countries raises as many questions as it answers.

It features 15 states where people will not be required to self-quarantine for 14 days after they arrive back in Ireland.

However it is subject to change on a fortnightly basis, based on advice from officials and public health experts.

Ms McDonald told Newstalk Breakfast: "I greeted with relief that the endless speculation and commentary on this green list had ceased and we saw the list.

"But I have to tell you that it raised as many questions as it answered."

"Nobody's entirely sure as to the import of the green list, I thought it was put very well yesterday on the floor of the Dáil: it's like akin to arriving at a traffic lights, and both the green and the red lights are flashing.

"I know for sure that confusion has been caused for people as to whether or not it is in fact safe to travel to these destinations.

"People are aware that the public health advice is for no non-essential travel, but there is a mixed message in the middle of all of this.

"People should also be aware that in the event that they have a holiday booked and they are planning to travel to Greece for example or Italy... that they will be doing so, in all likelihood, without the cover of insurance." 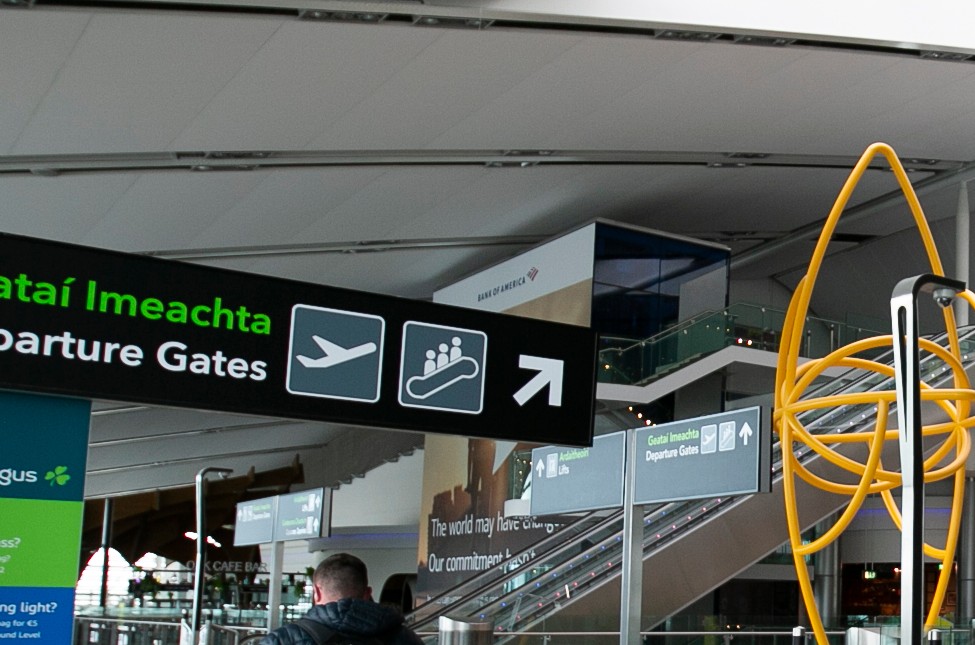 "Lots of the reaction yesterday that I heard to the publication of this list, way beyond politics, was one of confusion.

"I think people accept that there is a mixed message in reducing or changing the security status of countries, and saying 'Well you can travel to them, but don't travel to them'".

She said it puts families due to go on holiday "in a really difficult and invidious position for the Government to say 'It's in your hands, do the right thing'.

"I think they should be much more decisive and at least then the consumer, the traveller, the family would have some level of protection and comeback".

"We haven't specifically identified the red list, given that we have a green list, those areas that have a very high prevalence of the virus.

"I think you will find when you scan the globe, there are particular regions of the world - for example some states in the US - that are particularly difficult."

"I'm suggesting that we articulate and identify those areas that pose real danger and real peril in respect of the virus.

"And not just that, never mind the list, you then have to decide on the appropriate safety measures that you have to deal with that.

"Some form of effective monitoring, effective checks and balances and effective quarantine.

"Currently people land, they fill a form, they may or may not get a telephone call.

"Lots of people as you know are reporting that they get no contact whatsoever, and that's simply not good enough for us to keep the island safe".

Figures suggest just over 4,000 calls were made to check up on almost 62,000 passengers arriving into Dublin Airport during the first half of July.

Ms McDonald added: "This isn't about splendid isolation - we are an island people, we're an island nation - of course we have to have connectivity with the wider world.

"This is about in the here and now, and facing into the autumn and the winter, taking the smart measures that ensure that we keep the curve flattened, that we can manage the virus, and that we don't have the kind of over-run in our health services that we deeply feared at the beginning of this emergency". 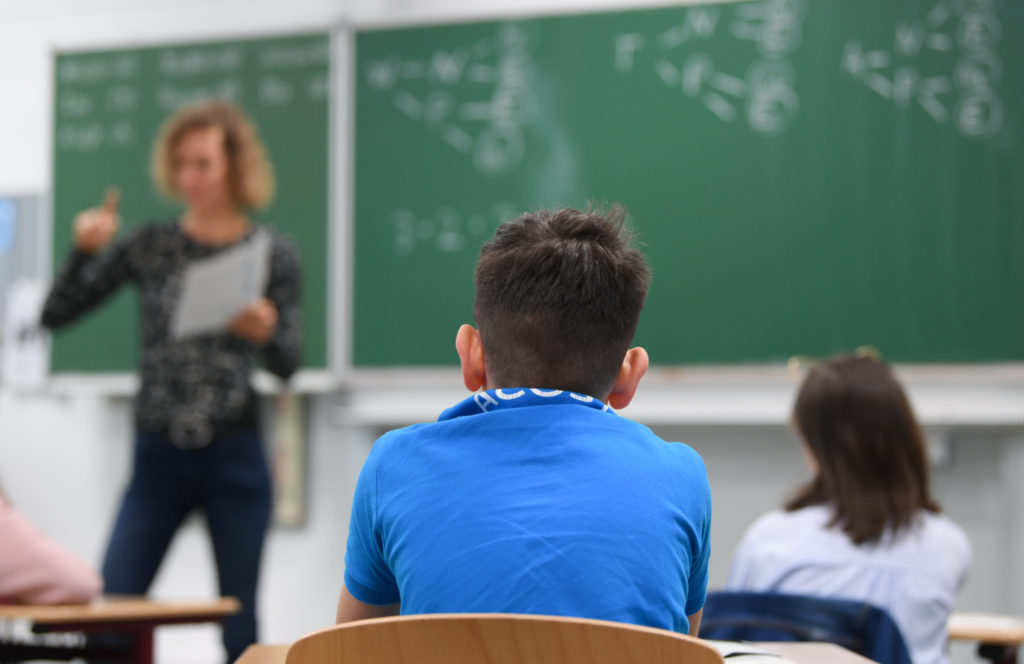 Students take part in lessons in a classroom in Germany. Picture by: Arne Dedert/DPA/PA Images

On the prospect of schools re-opening and dealing with COVID-19 issues on a case-by-case basis, she said: "I think we need to understand how that would operate.

"We need to get children, young people back to school in September, get staff back safely - and then we have to make sure we have the procedures and the resources to manage the risks and to ensure safety.

"So I'd like to hear more about how the public health doctors would manage and advise a school that would find itself in these circumstances.

"Ideally if it is possible not to have the wholesale disruption of an entire school and children back at home, isolating for up to two weeks again, I think of course that is preferable.

"I think what we need, as with everything else in relation to education, is just clarity".

"So for example, let's imagine a member of staff falls ill: are we sure that we're going to have access to sufficient numbers of sub teachers to come in and to take classes?

"Is the Government going to make available all of the various resources that schools will need to re-open - in some cases, classrooms that have been closed because schools lost teachers - are they going to be replaced?

"Critically for cleaning and hygiene in the schools, which is woefully badly resourced right across the State, what's that going to look like in a few short weeks time?

"Will children have to wear uniforms - yes or no - there's speculation on that.

"So all of these things are still outstanding and it's astonishing with a just a few short weeks to go that staff, students and indeed parents are still very much in the dark".

Ireland 'caught between EU and UK policies' over COVID-19 travel