Opposition parties have hit out at a long-awaited 'green list' from the Government of safe count...

Opposition parties have hit out at a long-awaited 'green list' from the Government of safe countries to travel to.

It means people who travel to Ireland from those countries will not be required to self-quarantine for 14 days after they arrive here.

It followed a late-night Cabinet meeting on Tuesday.

Passengers from any other country are asked to restrict their movements for 14 days.

However the advice remains for people to avoid non-essential travel.

The list will be reviewed on a fortnightly basis, based on advice from officials and public health experts.

There is also no change to the current policy in respect of travel from Northern Ireland.

The Government also agreed that processes to restrict flight or passenger travel in certain circumstances will be explored.

There will also be a renewed communications campaign to drive public awareness of the latest advice.

"I am very concerned that a contradictory and confusing message is being sent to the public concerning foreign travel.

"We now have a 'green list' that identifies countries that people can travel to and from without the need to quarantine, but advice against all non-essential foreign travel appears to remain in place.

"This makes very little sense and sends a very mixed message at a critical time in our COVID-19 response.

"The publication of the travel 'Green List' also does nothing to address the predicament that tens of thousands of people who have booked holidays and flights to countries not on the 'green list' find themselves in.

"The Government must now urgently outline how they will protect these people and families who are faced with a dilemma - fly and disobey public health advice or stay home and lose thousands of euros they can ill-afford.

"It is completely unacceptable that this situation continues." 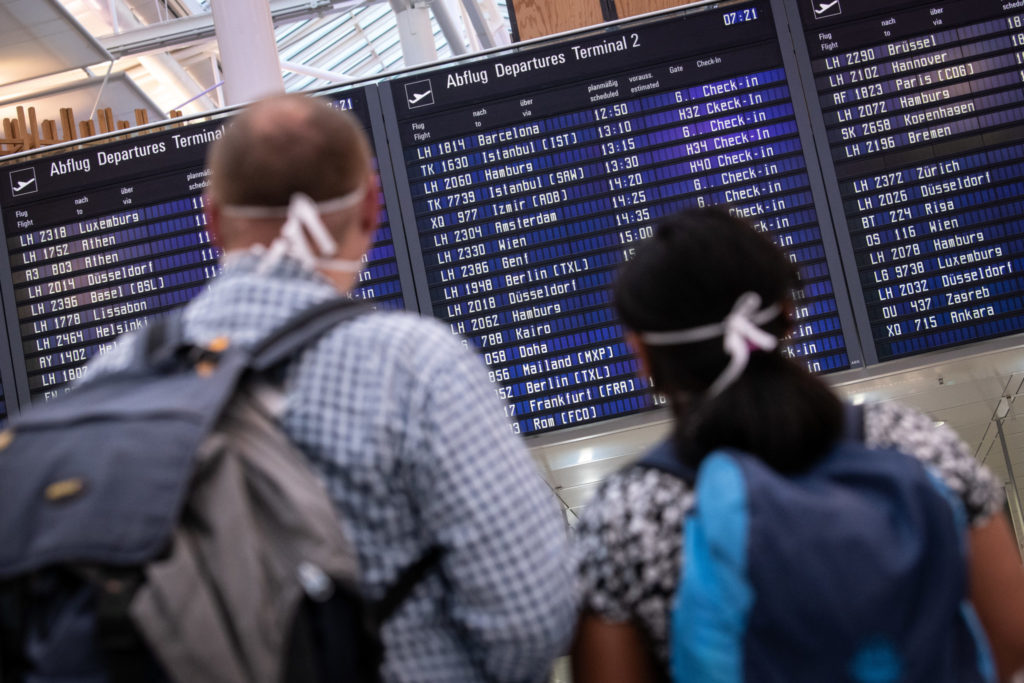 Travellers wearing a face masks look at a display board at Munich Airport in Germany that lists numerous international destinations. Picture by: Matthias Balk/DPA/PA Images

While the Social Democrats co-leader Róisín Shortall said the list was meaningless.

"The publication of the green list brings no real surprises in terms of the small number of countries featured.

"It is critical that this list is kept under constant review in light of the rapidly changing behaviour of the COVID-19 virus.

"However, what is much more important is that the Government spell out how they will control the importation of the virus from those countries which are not on the green list and which are regarded as unsafe and high risk.

"We have repeatedly called for a red list of countries that have high rates of COVID-19 infection and believe that tighter controls are needed for travellers from those areas.

"The priority has to be the safe re-opening of the economy and our schools. The publication of this green list will do little or nothing to advance this objective."

Tánaiste Leo Varadkar broke ranks with his Cabinet colleagues on Tuesday over the list.

In a statement, a spokesman for Mr Varadkar said he "believes strongly that it's wrong to send out mixed messages about international travel."

"The Tánaiste believes there should be a green list as was previously agreed by the Government but if the travel advice for countries on the green list isn't different to advice for other countries, then we would be better off not having a green list at all."

Five-day isolation for households with confirmed case of COVID