The Government has approved the development of a Grand Canal Innovation District (GCID) in Dublin...

The Government has approved the development of a Grand Canal Innovation District (GCID) in Dublin city.

The national initiative, spearheaded by Trinity College Dublin, is in collaboration with other universities.

A new innovation campus is to be built at Grand Canal Quay.

Located in the heart of the city, the district will be a hub for innovation and excellence, world class university research facilities and start-ups.

Trinity's university campus will act as a connector to bring all these different sectors together.

It will operate as an anchor tenant, and offer shared office space for local start-ups and scale-up companies.

It will also develop a civic space for people to exchange ideas.

A memorandum of understanding has been agreed between Dublin’s universities about their participation in the project.

The €1bn plan will encompass some of the biggest companies operating here including Google, Facebook, Stripe, Twitter, LinkedIn and Huawei. 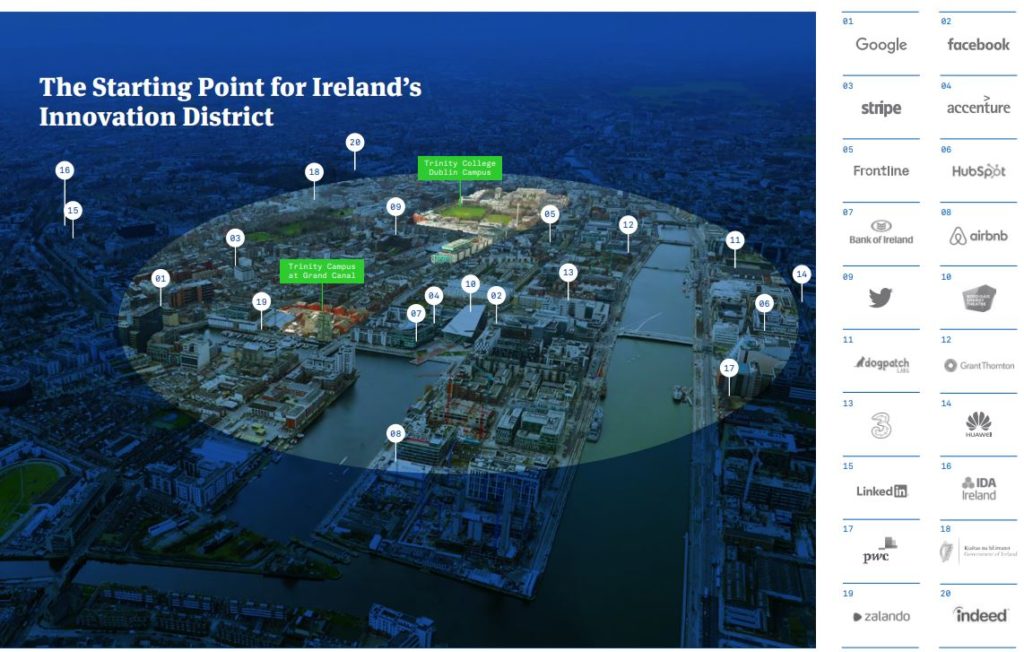 The district will be developed over a 10-year time span - however activity will begin on the site in 2020.

This will include the opening of an innovation hub that will provide space for early stage start-ups, research active corporates, and a dedicated programme of activities for people who live in the local community.

A report recommends that the Government invest €150m in the district over the next decade.

Ibec, the group that represents Irish business, has welcomed the go-ahead.

Its CEO Danny McCoy said: "The economic and population growth currently underway on the island of Ireland makes planning for the future now even more important.

"The scale of our growth is an enabling factor that will allow the island to compete for international business at a new level."

"The economies that invest properly in their future will drive economic prosperity and job creation. Our ability, as a small open economy, to continue to attract investment and grow its own successful global businesses is more than ever linked to the amount of research that originates here." 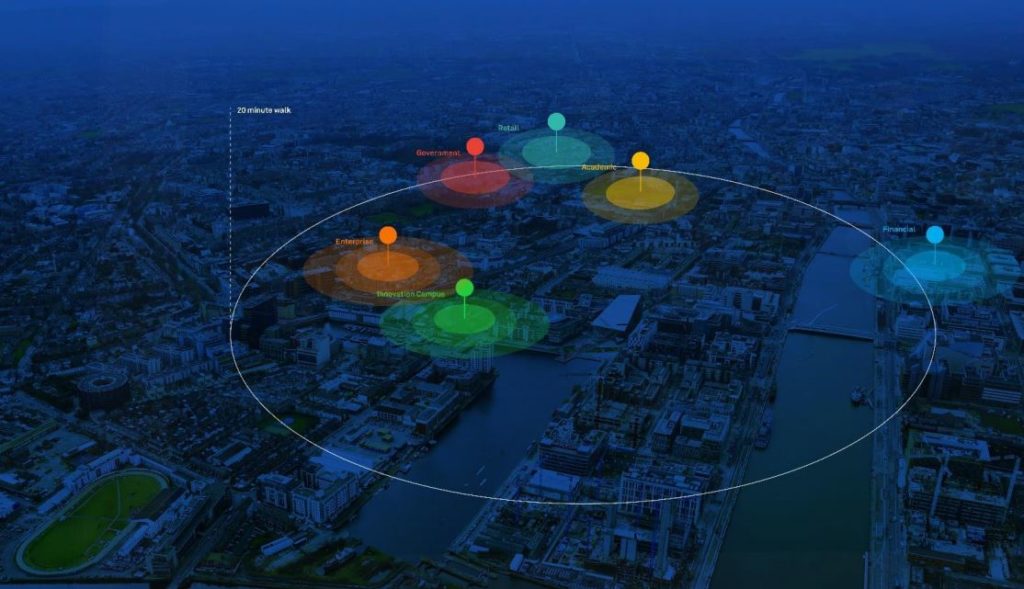 In a manifesto proposing the project, Trinity College Dublin notes: "Silicon Valley is in many ways the precursor to the innovation district concept, but Barcelona's @22, established in the early 2000's, is seen as the inspiration for more than 80 others around the world."

"Urban innovation districts work as they bring together a critical mass of talent, finance, innovation and enterprises; they locate these assets in a highly dense urban environment creating unprecedented proximity and scale and they activate them through programming and the development of dedicated spaces that enable the community to connect, ideate and act.

"Unlike science parks they don't just co-locate activity but they orchestrate, elevate and enable innovation ecosystems to thrive.

COVID-19: All pubs asked to close from Sunday night