Met Éireann says a storm is set to hit Ireland as voters go to the polls this Saturday. It says ...

Met Éireann says a storm is set to hit Ireland as voters go to the polls this Saturday.

It says Storm Ciara will bring unsettled weather this weekend.

Very cold air will sweep out of Canada into the North Atlantic, creating a sharp temperature contrast in the atmosphere over the ocean.

This contrast will see the intensification of a jet stream over the North Atlantic, which will drive areas of low pressure towards Ireland.

Unsettled conditions will move in during Friday, as wet and windy weather comes from the Atlantic.

A further spell of heavy rain is expected on Saturday - polling day - and this will be accompanied by strong and gusty winds, with "a possibility" of status yellow warnings.

The forecaster says conditions are expected to deteriorate further on Sunday as the storm tracks to the north.

Storm Ciara is forecast to be a "vigorous Atlantic storm system" with an expansive wind-field.

Met Éireann says: "There is a growing consensus that Sunday will be an extremely windy day across Ireland and the UK with widespread heavy rain, squally showers and with gales or storm force winds around our coasts."

Storm Ciara is the third named storm of the season.

While next week, unsettled conditions will remain across Ireland and the UK. 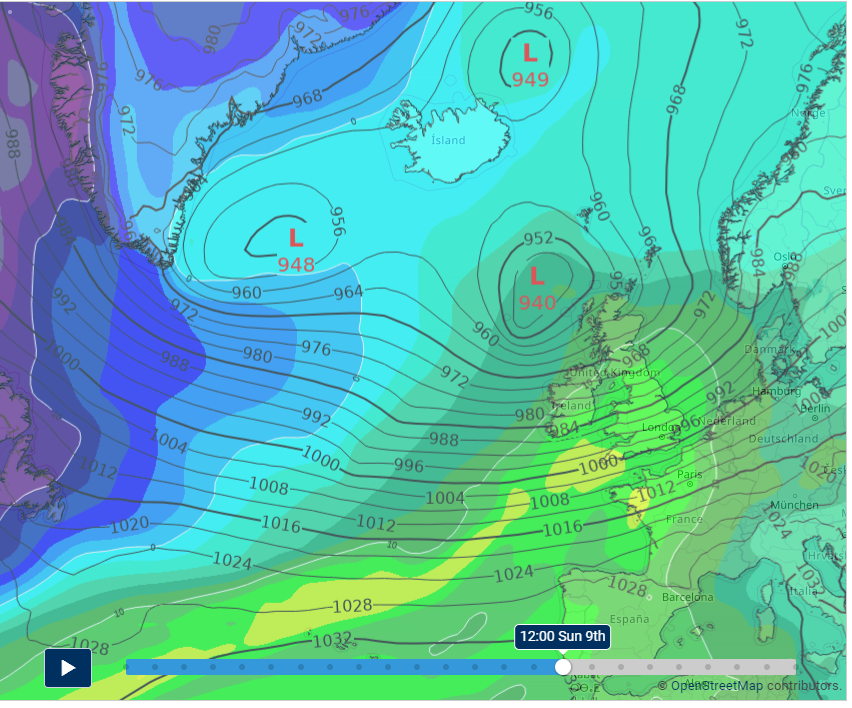 It will be very windy and turn much colder, with the chance of wintry showers and ice in some parts.

The country will also enter a period of spring tides this weekend - coinciding with high seas - which are likely to affect coastal areas at first on Saturday.

These will continue into Sunday and the early days of next week.

The combination of high tides and high seas, as well as extremely windy or stormy conditions later in the weekend, will see an elevated risk of coastal flooding - especially along western and southern coasts.