A number of government ministers look set to lose their seats, as Sinn Féin candidates are surgi...

A number of government ministers look set to lose their seats, as Sinn Féin candidates are surging across the country.

There is going to be a number of ministerial casualties in this election if the tallies bear out when votes are counted.

Independents Shane Ross and Katherine Zappone both look set to lose their seats in Dublin Rathdown and Dublin South-West.

Regina Doherty is also likely to be edged out in Meath East.

While junior ministers also likely to lose out: Andrew Doyle in Wicklow, one of Paul Kehoe or Michael D'Arcy in Wexford, and Damien English in Meath West too. 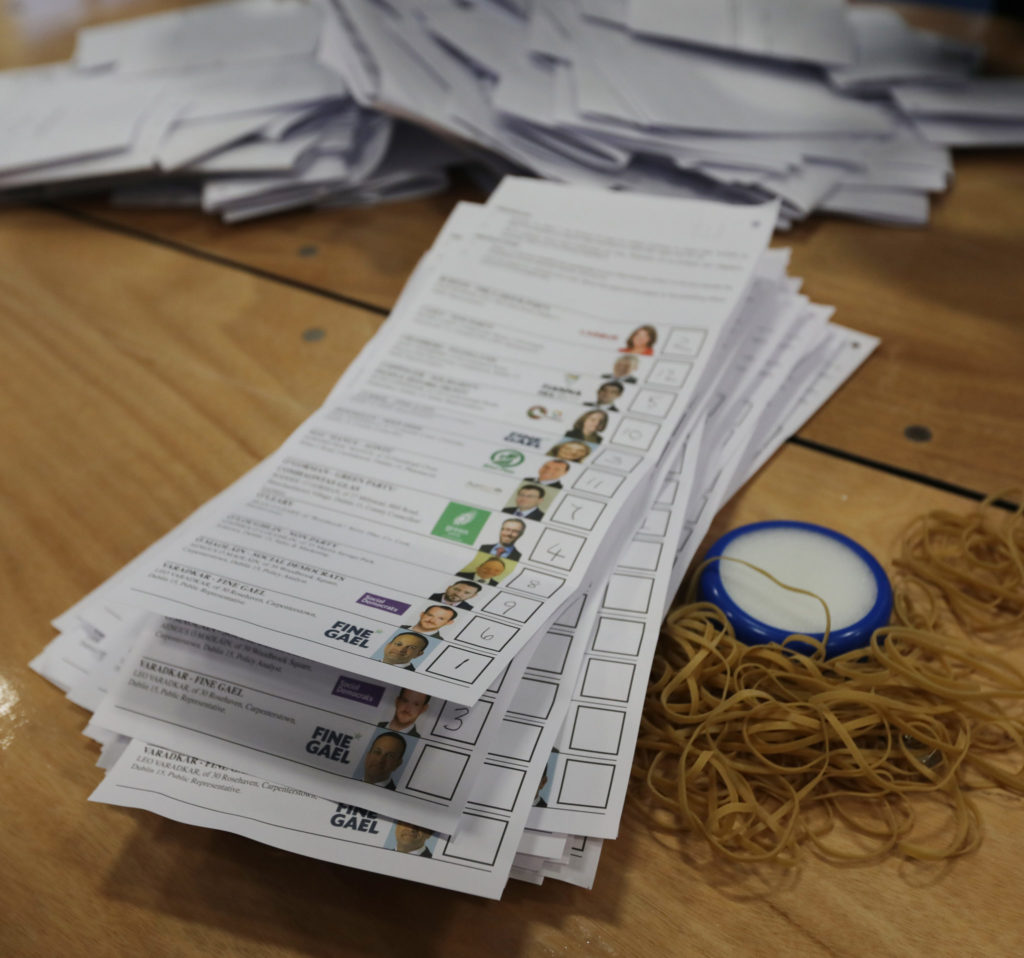 Ciaran Cannon in is also vulnerable in Galway East.

Sinn Féin is going to top the poll in a number of constituencies - and a number of candidates who lost their council seats just seven months ago look set to enter the Dáil.

Mairead Farrell in Galway West, Johnny Mythen in Wexford and Sorca Clarke in Longford-Westmeath among them.

Fine Gael and Fianna Fáil looking like they are going to be battling for the final seat in a lot of areas as the Sinn Féin wave takes over. 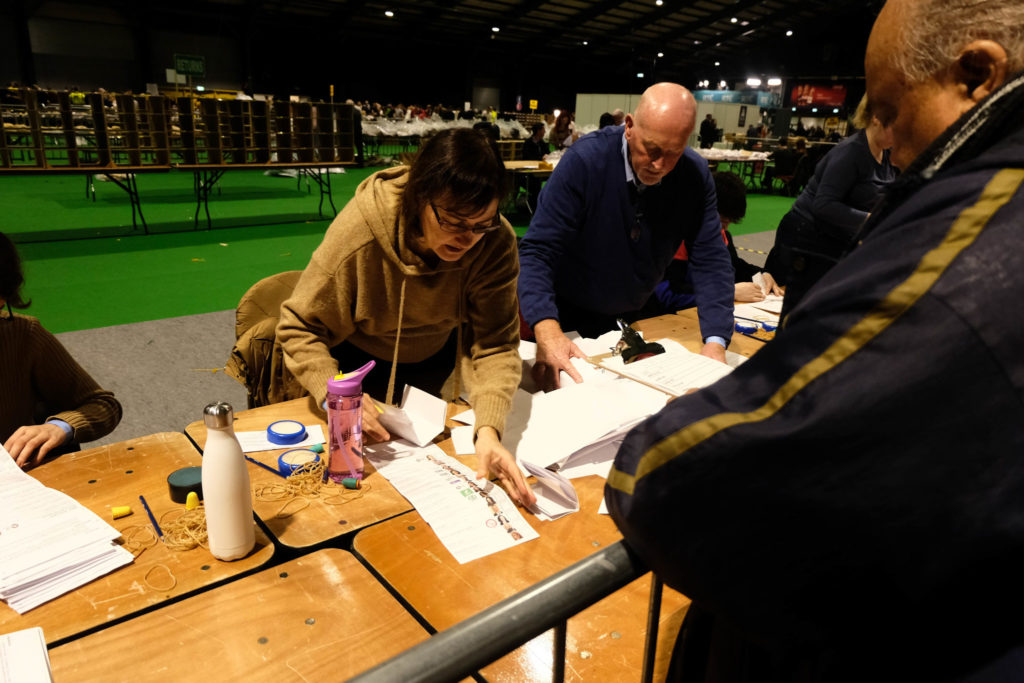 The Ipsos-MRBI poll for RTÉ, TG4, The Irish Times and UCD showed the most fractured political landscape in recent memory.

It is 22% all around with the three largest parties in the country all tied.

The exit poll of more than 5,300 people shows Fine Gael, Sinn Féin and Fianna Fáil all on 22% support.

It could lead to the most fractured Dáil in recent memory. 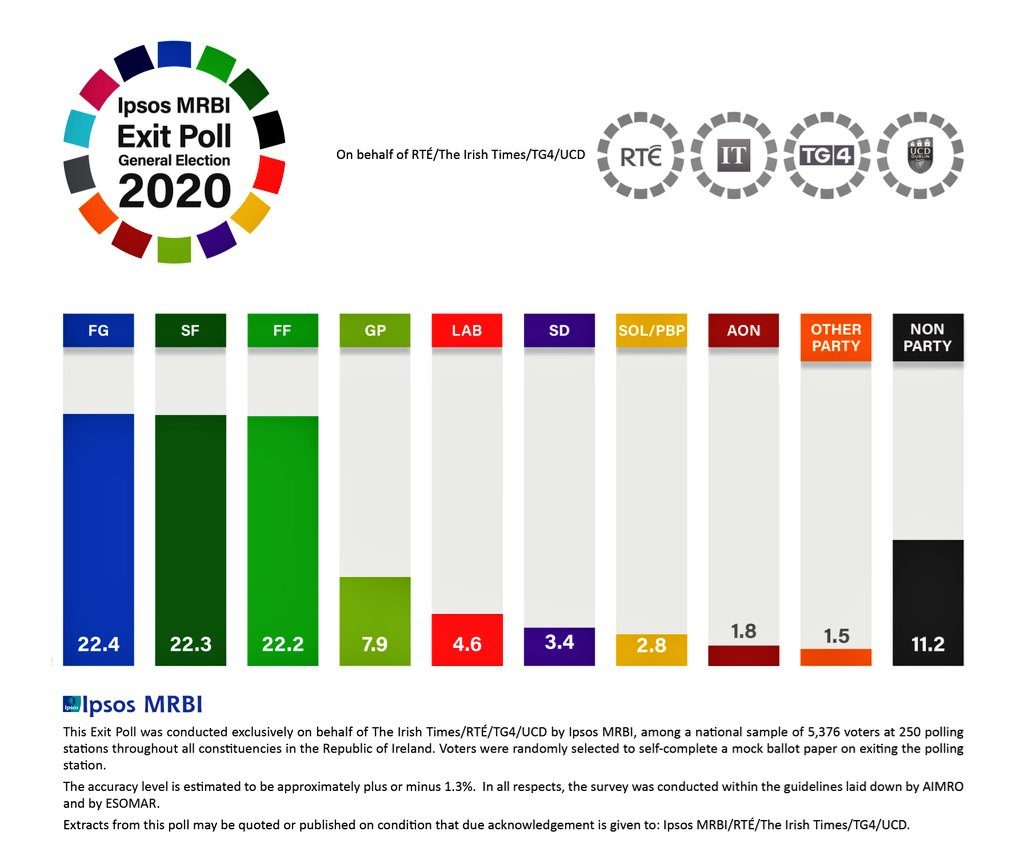 Fundamentally, this poll paints a picture of Irish politics realigned.

Politics here has been dominated by the big two, as Fianna Fail and Fine Gael took turns to lead every single Irish government.

Now their support combined has dropped to just over 40% of voters - and Sinn Féin can lay claim to being a big hitter south of the border for the first time. 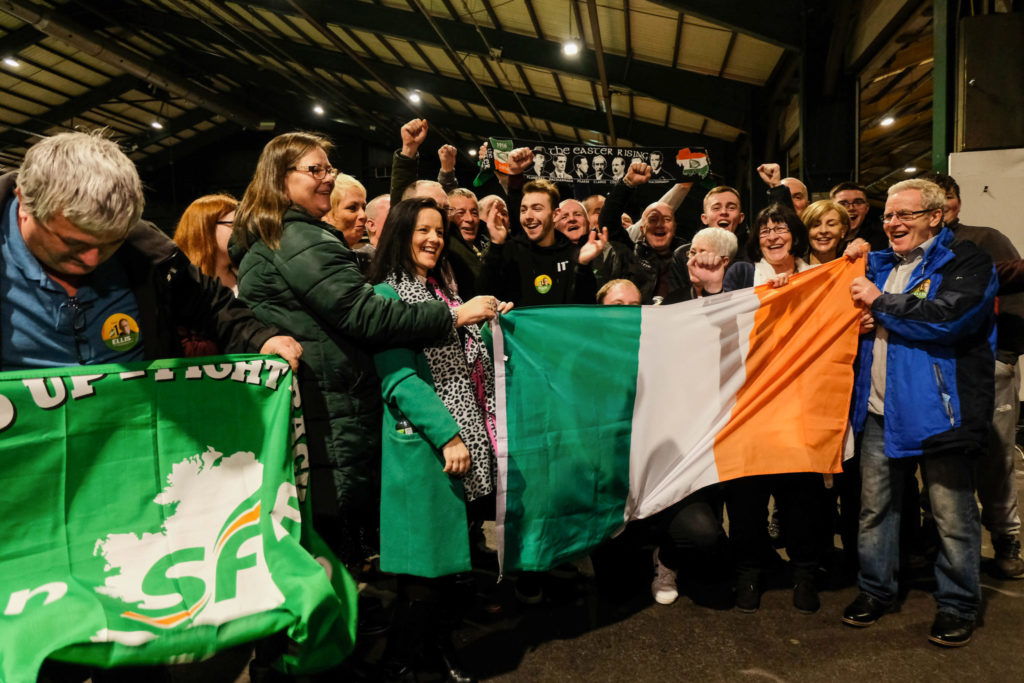 The party will regret not running more candidates, and on these numbers will take in the region of 30 seats.

No party is expected to reach the 80-seat threshold to enable it to govern on its own, and a coalition administration of some complexion is almost inevitable.

It was the first time in more than a century that an election had taken place on Saturday, which made turnout harder to assess as the voting pattern was different to a weekday.

With reporting by Sean Defoe and IRN