Gardaí investigating the murder of Antoinette Smith in 1987 are renewing their appeal for inform...

Gardaí investigating the murder of Antoinette Smith in 1987 are renewing their appeal for information.

Friday marks the 32nd anniversary of her disappearance.

The 27-year-old mother of two was last seen on Friday July 12th that year following a David Bowie concert in Slane, Co Meath.

She was last seen on O'Connell Street in Dublin city centre at 2.30am.

Her body was subsequently found at Glendoo Mountain in Enniskerry, Co Wicklow on April 3rd 1988. 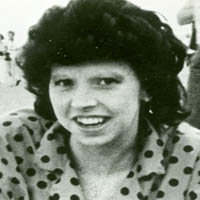 Anyone with information which they believe may be relevant to the investigation is asked to contact Gardaí.

Family of Antoinette Smith confident she knew her killer