This story has been updated - for the latest version, click here

Multiple people are being treated in hospital after an explosion at a petrol station in Co Donegal.

It happened in apartments above a shop in Creeselough just before 4pm on Friday.

Emergency services are still rescuing people from the rubble.

Tánaiste Leo Varadkar said: "Our thoughts are with all those affected by the tragic events and with the emergency services responding."

Terrible news from Donegal tonight. Our thoughts are with all those affected by the tragic events and with the emergency services responding

My thoughts and prayers are with all those injured in the explosion in Cresslough. Devastating news.

Emergency services are at the scene and Gardaí are asking motorists to avoid the area.

The Irish Coast Guard was also assisting in the operation, as was the Sligo-based Coast Guard helicopter Rescue 118 and the Mulroy Coast Guard team.

'Hoping for the best'

Journalist with Donegal Live, Chris McNulty, said people are worried about those who are trapped.

"Local people Creeslough, family and friends, are hoping for the best.

"There are people using, the emergency services, with specialised equipment; and with the assistance of local contractors and farmers are in the process of clearing the rubble.

"People are standing at the scenes in silent prayer and silent hope just really hoping for the best, and hoping for some good news to come out of this this evening."

The hospital said it had moved to 'Major Emergency Standby' as it dealt with the incident - however this has since been stood down.

In a statement, the hospital said it continues to treat the injured and "remains on hand to provide all necessary medical assistance required".

"We continue to appeal to the public not to come to the Emergency Department unless it is an emergency," hospital management said.

"Please contact your GP or out of hours service in the first instance." 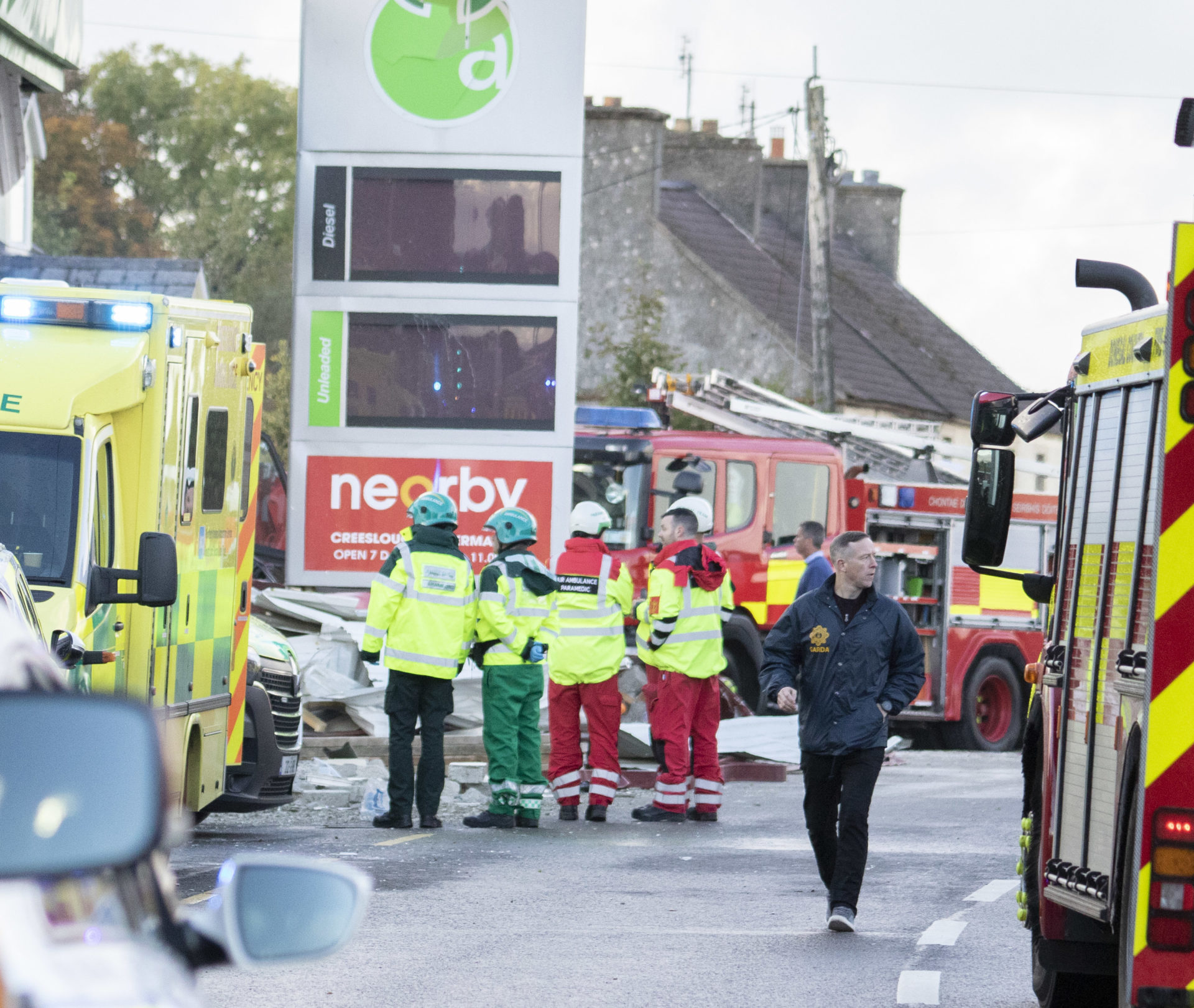 Emergency services at the scene of an explosion at a service station in the north Donegal village of Creeslough. Picture by: NW News Pix

In an earlier statement, Applegreen said it was aware of "a serious incident at its dealer-operated location at Creeslough in Co Donegal".

"Emergency services are on the scene and are dealing with the incident."

In a later statement it added: "The thoughts and prayers of everyone here at Applegreen are with all of those who have been affected."