A number of vigils have taken place in Co Donegal over the weekend, as the county comes to terms with the disaster which claimed 10 lives on Friday.

Hundreds arrived at St Michael's Church in Creeslough on Sunday night to say the rosary and sympathise with one another.

A packed church but almost in complete silence. 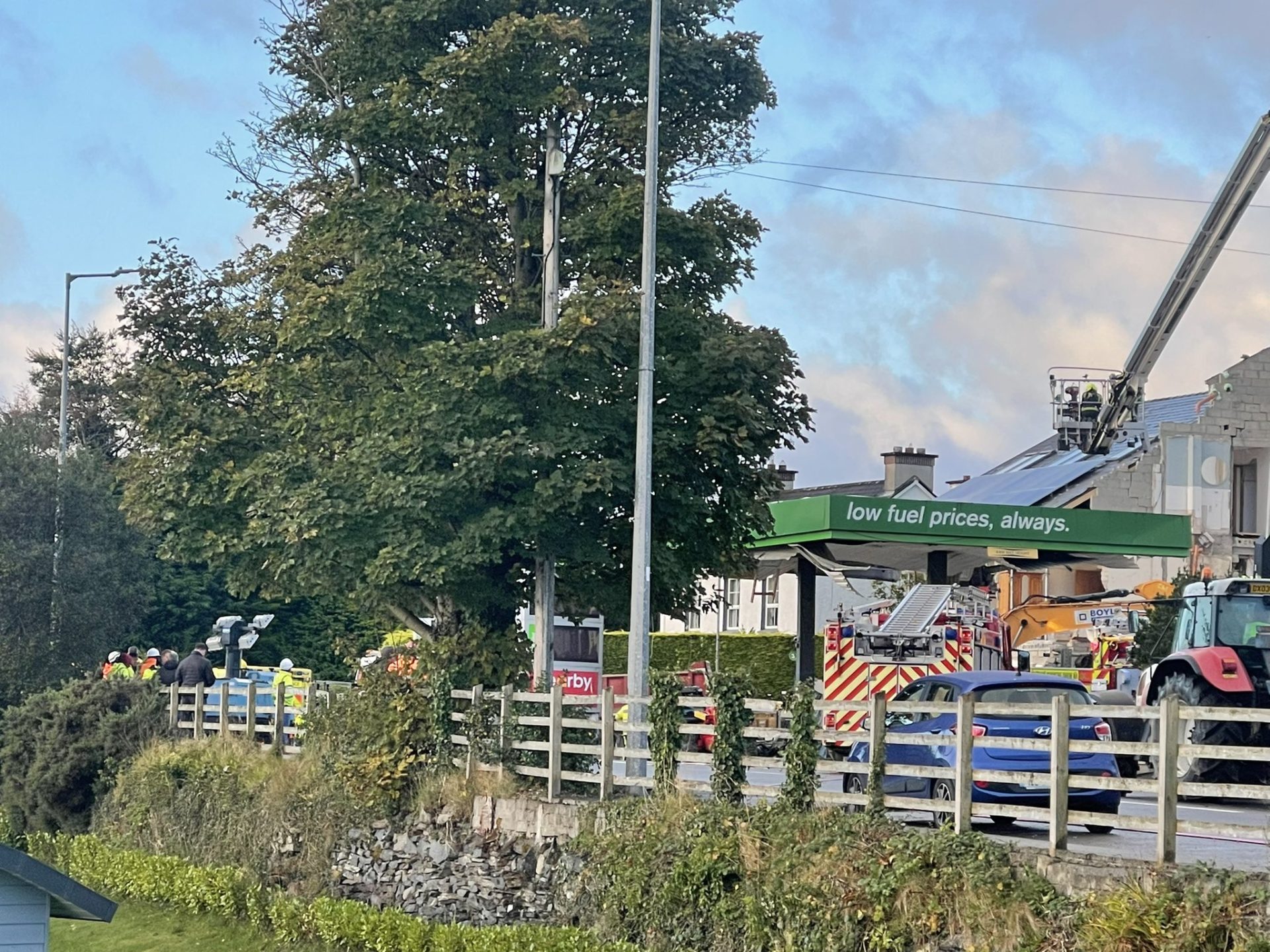 The scene of the explosion at the Applegreen petrol station in Creeslough, Co Donegal. Picture by: Barry Whyte/Newstalk

Most people were visibly upset or shocked, with many greeting each other with long hugs.

One person sat in bandages, having been injured in the explosion on Friday.

Loaves of bread, milk and fruit were left at the back of the church for people to grab on the way out, now that the village is without its shop.

A lot of hugs and teary eyes here in St Michael’s Church in Creeslough, as the community gathers to say the rosary. Food essentials have been left by the door for people to grab on their way out, now that the village is without a shop. A touch of kindness in the middle of it all pic.twitter.com/xDURuGL8bw

The depth of the tragedy could be felt in the room, as the community comes to terms with the explosion that has changed the Creeslough and its people forever.

One man is continuing to fight for his life in St James's Hospital in Dublin, three days after he was injured.

The funeral of 49-year-old Martin McGill (49) will take place on Tuesday; 48-year-old James O’Flaherty - originally from Sydney, Australia - is to be laid to rest on Wednesday.

Funeral arrangements of the other victims are yet to be announced. 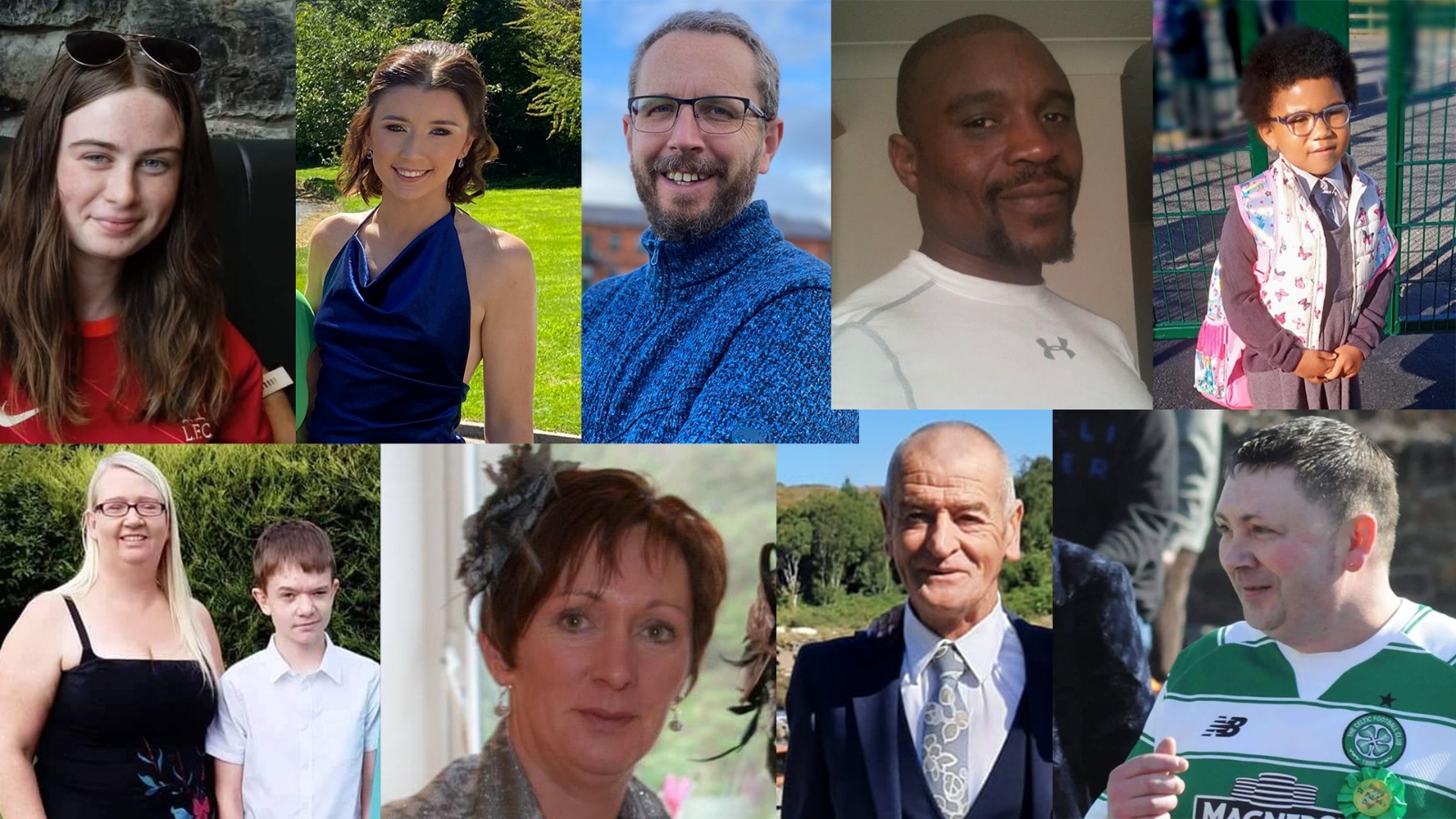 These people on the way to evening prayers in Creeslough on Sunday said the community was reeling.

"It's just heartbreaking, there's nobody that's not devastated in the parish - it's just so sad," she said as her voice broke.

Another woman added: "My wee town's wrecked and all the people [that] was there, except for two, I knew them all."

Main image: People along the side of the road with candles pay their respects to those killed in Co Donegal. Picture by: Barry Whyte/Newstalk