The daughter of an elderly man who has spent five nights on a hospital trolley in Galway has said...

The daughter of an elderly man who has spent five nights on a hospital trolley in Galway has said he is in “considerable pain” and has still not been given a bed.

The man has an aggressive infection and his daughter says it is “unlikely my Dad is going to make a great recovery” from his illness:

“My Dad has had ongoing health issues for the last year or so,” Elaine (not her real name) explained to The Hard Shoulder.

“He’s had a lot of vascular issues but I suppose it came to a head last week with an infection and a lot of pain and he ended up being brought into hospital in Galway by ambulance on Sunday night.

“And he has been on a trolley in A&E since Sunday night unfortunately.”

The family have been promised that he will be given a bed today and Elaine praised the “compassionate care” he has received from medics but said “the conditions are appalling that they’re expected to work in”.

Elaine says she has felt it necessary to be with him as much as possible because “he’s confused, he’s vulnerable, I’m sure he’s quite frightened. He’s aware of how unwell he is and I suppose, really, all anyone wants is for comfort and dignity when you get to that stage and unfortunately neither of those things are possible in an A&E setting.” 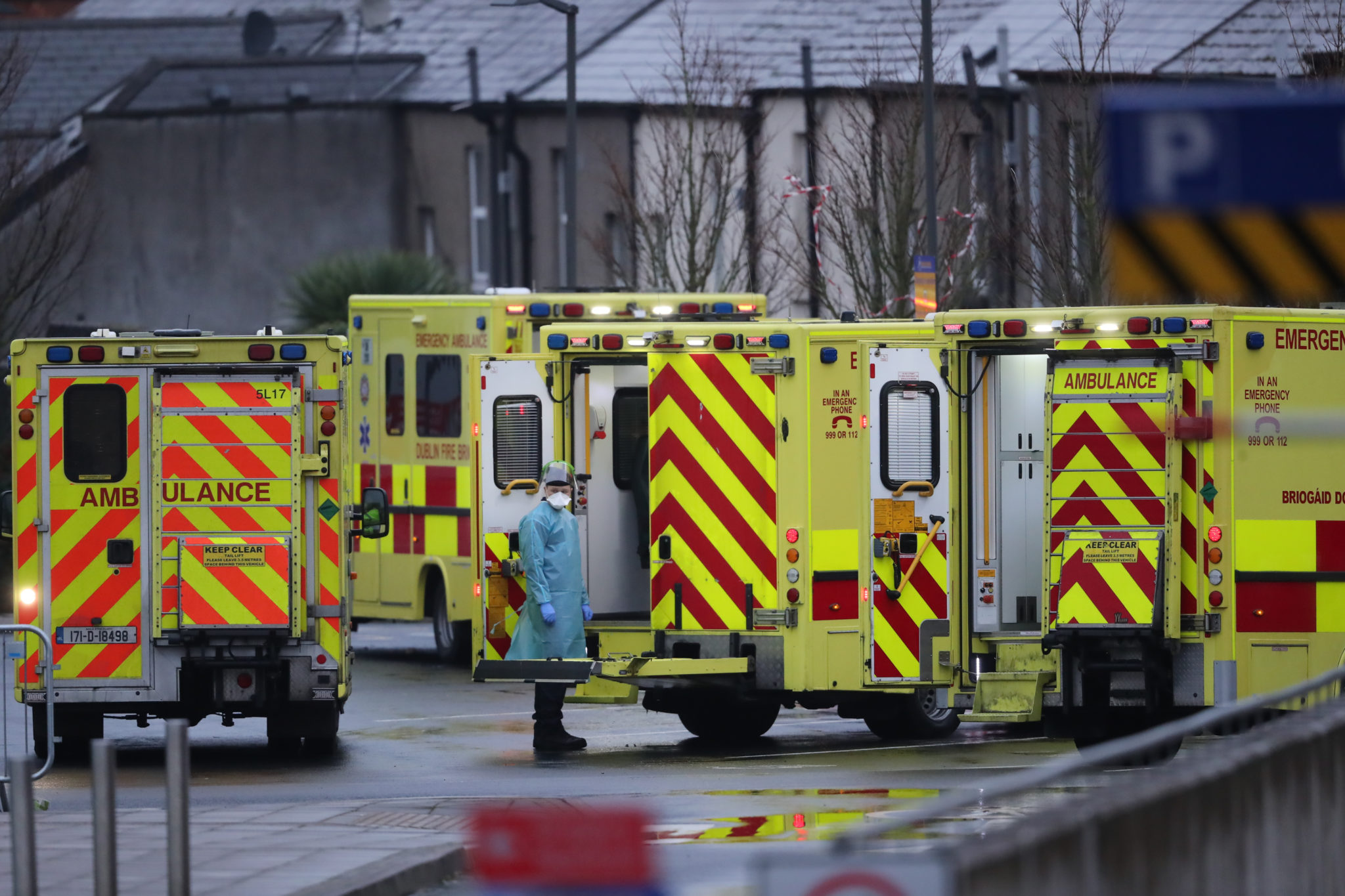 A medic in PPE and ambulances outside an Accident and Emergency Department. Picture date: Monday January 18, 2021.

Elaine believes that her father’s situation demonstrates “the extent of the bed crisis when [there’s] somebody like my Dad [and] there physically is no beds available for him to go to. It’s a systemic problem, it’s much more than A&E’s being overwhelmed I feel.”

Speaking to RTÉ while on a visit to a hospital in Cork today, Health Minister Stephen Donnelly described delays in A&E as “completely unacceptable” and promised he would "take a zero tolerance approach to long emergency department waits".