British comedian and actor Eddie Izzard has said the world is 'heading back to the 1930s'. Izzard...

British comedian and actor Eddie Izzard has said the world is 'heading back to the 1930s'.

Izzard has written and stars in a new film, 'Six Minutes to Midnight'.

The film is set in the summer of 1939 and sees families in Nazi Germany send their daughters to a finishing school in an English seaside town.

A teacher there sees what is coming and is trying to raise the alarm. But the authorities believe he is the problem.

Izzard told The Hard Shoulder we need to learn from history.

"If you take the political times, it does seem that some people around the world are saying 'Come on, let's try the 1930s again'.

"Some people are just going back there, because Hitler decided 'Why don't we just use lies as a tool of politics. We'll just lie and tell people to vote for us because of these lies, and then we could go a long way'.

"The rest of us are all pushing to go forward to the 2030s to make humanity great again, but some people want to go backwards.

"So if we do not learn from history you are doomed to repeat it, and our film becomes quite resident in that way." 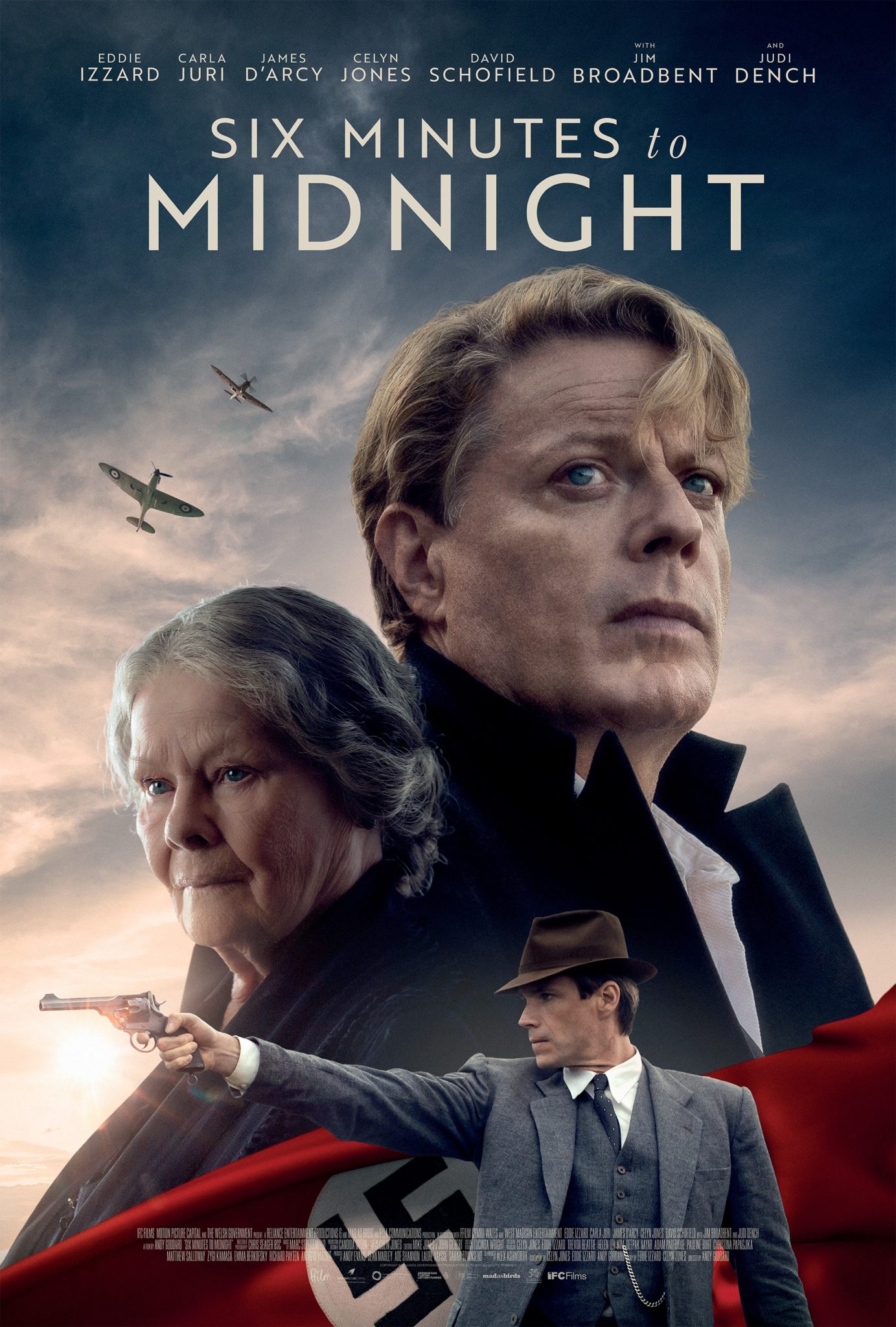 A poster for 'Six Minutes to Midnight'. Picture via @eddieizzard on Twitter

Asked if she saw this in the UK, she said this was seen in the 'Trump-Brexit link'.

"Yes - the Trump-Brexit link, Trump said himself 'We're just going to be Brexit-plus'.

"The whole idea that you can just say 'Come on, you've got to hate this group of people, we're going to blame them, we're going to break things apart, separation, nationalism, 'my country is better than you're country'.

"Patriotism - yes, be proud of your country - but... no country is better than any other country, that's just not true.

"We're human beings, we've got to make humanity great again, and this is the 21st century - the coming of age of humanity.

"Every country has its extreme right, and I encourage everyone to fight them like crazy".

The film, which also stars Judi Dench and Jim Broadbent, is available on Sky Cinema.

Last December, Izzard said she wanted to be identified by the pronouns 'she' and 'her'.

The gender-fluid star said this could not have come as too much of a shock.

"Most people were very positive, some people it was as if they said: 'Are you serious about this, because we thought it was a tax thing'".