The 106th anniversary of the Easter Rising has been marked in a ceremony outside the General Post...

The 106th anniversary of the Easter Rising has been marked in a ceremony outside the General Post Office on Dublin’s O’Connell Street.

In 1916 men and women from the Irish Republican Brotherhood, the Irish Citizens Army and Cuman na mBan stormed the GPO, hauled up the green flag and proclaimed to the world that Ireland was no longer a corner of the British Empire but a free and independent Republic.

President Higgins laid a wreath at the GPO today for all those who died in the Easter Rising as part of the annual 1916 Commemoration Ceremony pic.twitter.com/d0opIp7cHx

The Rising was a failure; the rebels surrendered and their leaders were executed. However, such was Irish people's disgust at the British response to the rebellion that Sinn Féin won a landslide victory in the 1918 General Election.

As Yeats put it, Ireland had "changed, changed utterly".

106 years later, office bearers in the republic they fought so hard to establish came to honour them and all those who died over that fateful Easter weekend.

Private Vincent Murray of the 27th Infantry Battalion played a lament, the proclamation of the Irish Republic was read out to a hushed crowd and President Michael D Higgins laid a wreath to honour the dead.

The scars of Easter weekend 1916 can be seen all across Dublin; bullet holes from the guns of British soldiers can still be found in the GPO and most in the north inner city cherish the area’s republican heritage.

Moore Street is where the leaders of the rebellion met for one final time before the surrender and many locals were horrified when Dublin City Council granted planning permission for a new development on the historic site. 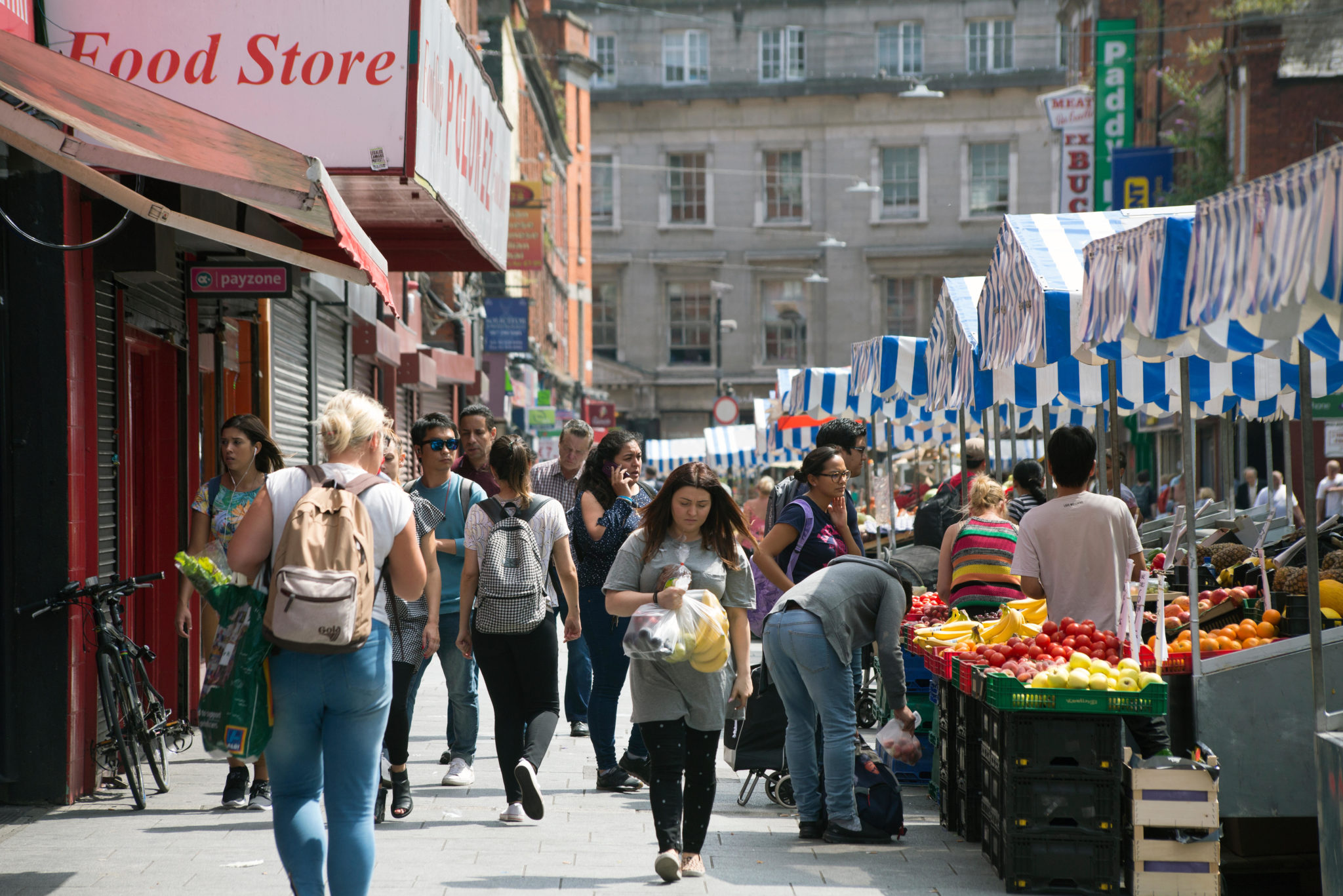 The Save Moore Street Campaign, which has support from the relatives of a number of rebels, said they are hopeful that An Bord Pleanála could yet block the development:

“And we are waiting to hear from An Bord Pleanála whether they will grant an oral hearing,” Patrick Cooney from the campaign told Newstalk.

“So we’re preparing for that and we would hope that… An Bord Pleanála will be turning down the planning permission given by Dublin City Council.”

Main image: President Higgins at the GPO. Picture by: Áras an Uachtaráin.