Eamon Gilmore on Queen Elizabeth's visit to Ireland: 'I think Cork was the high point'

Former tánaiste Eamon Gilmore has recalled the experience of greeting Queen Elizabeth when she a...

Eamon Gilmore on Queen Elizabeth's visit to Ireland: 'I think Cork was the high point'

Former tánaiste Eamon Gilmore has recalled the experience of greeting Queen Elizabeth when she arrived for her historic visit to Ireland.

It's now ten years since Queen Elizabeth and Prince Philip arrived in Dublin for a state visit - the very first visit by a British monarch to the Republic.

Despite a major security operation in place during the visit, it's widely remembered as a landmark moment in the modern relationship between Britain and Ireland.

Eamon Gilmore - then the tánaiste and minister for foreign affairs - formally greeted the Queen when she arrived at Casement Aerodrome on May 17th 2011.

Ten years on, he spoke to Lunchtime Live about the experience.

He said: “I was the first to greet them. I remember an RAF plane… I remember Queen Elizabeth standing at the top of the steps in a green suit.

“The steps were very steep. I remember being quite concerned about how they’d manage to get down. But they took it very gingerly.

“When she got to the bottom of the steps, she turned and she smiled. I said ‘welcome to Ireland, your Majesty’. I stuck out my hand and she shook it." 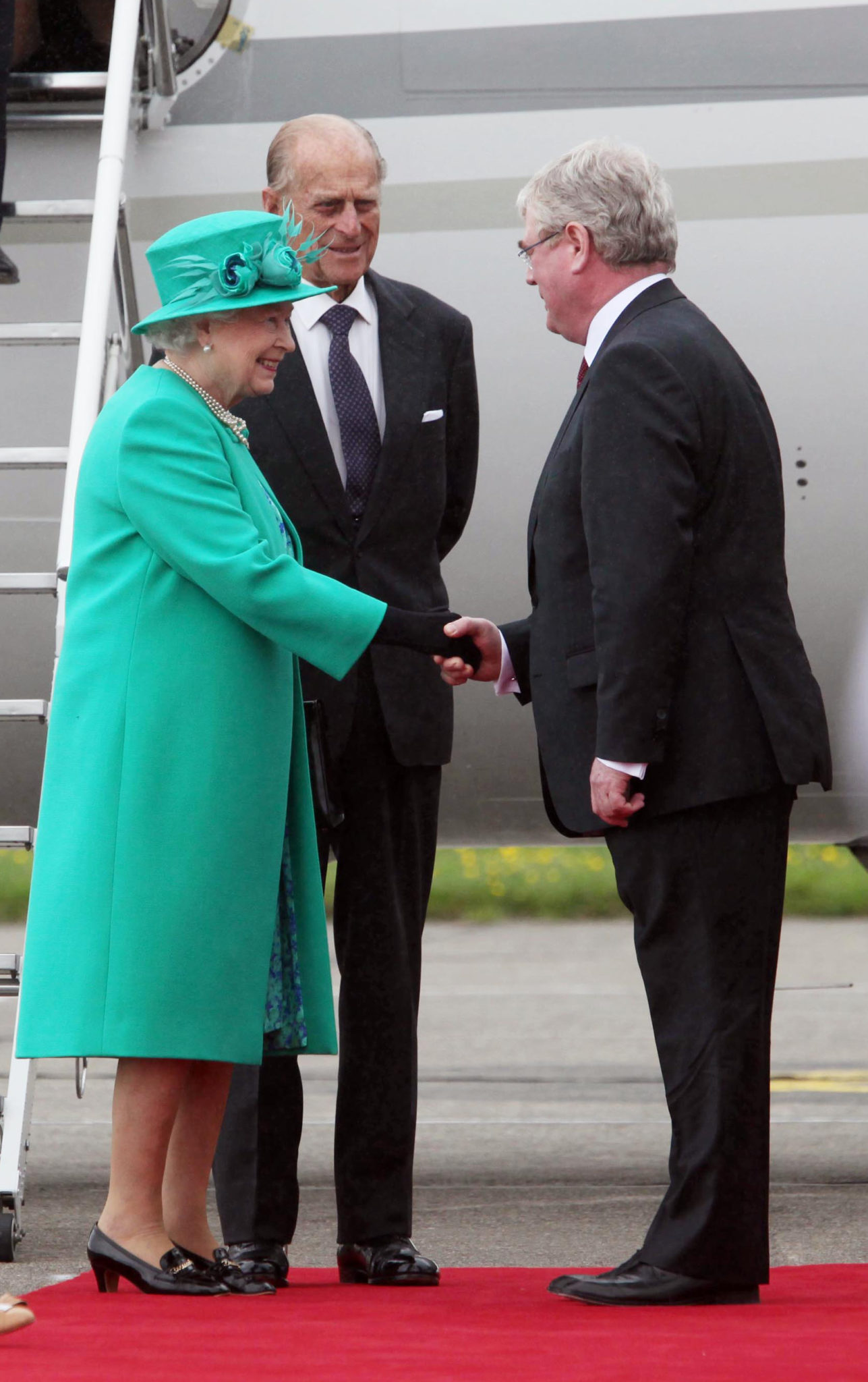 17/05/2011 Her Majesty Queen Elizabeth II and His Royal Highness The Duke Of Edinburgh pictured at Casemet Aerodrome, Baldonnel where they landed on the beginning of their State Visit to Ireland They were welcomed by Tanaiste and Foreign Affairs Minister Eamon Gilmore and the Queen was presented with flowers by Rachel Fox (8).
Photo: Photocall Ireland

The visit was historic, but Mr Gilmore said the government at the time was more immediately concerned about the schedule and security arrangements in place, as well as the various behind the scenes arrangements with British officials.

There was also concern around the traffic lockdown that was put in place in Dublin city centre to facilitate the visit.

However, he said there was plenty of confidence that the visit would go smoothly.

"We knew it would go well.

“I think the high point of the visit was Cork, and the extraordinary welcome she got from the people of Cork. The welcome from the public was probably the warmest feature of the visit.”

He pointed to the Queen's visits to Croke Park, the Garden of Remembrance and the Irish War Memorial Park as symbolic moments.

Mr Gilmore said the visit signalled a more "mature and modern" relationship between Ireland and the UK.

However, he suggested that Brexit and its impact has changed that relationship so much in more recent times.