The Aviva Stadium in Dublin is to be lit up for Pride this year. Insurer Aviva is lighting up the...

The Aviva Stadium in Dublin is to be lit up for Pride this year.

Insurer Aviva is lighting up the iconic home of Irish soccer and rugby with the colours of Pride until June 8th.

While Aviva's Dublin office on Hatch Street in the city will also be showing its true colours with a 'twin' rainbow effect to light up the ground floor for the month of June.

The initiative represents one of a number of employee-led activities this year, organised and run by the Aviva Pride Network, which is Aviva's Lesbian, Gay, Bisexual and Trans+ Employees and allies network group. 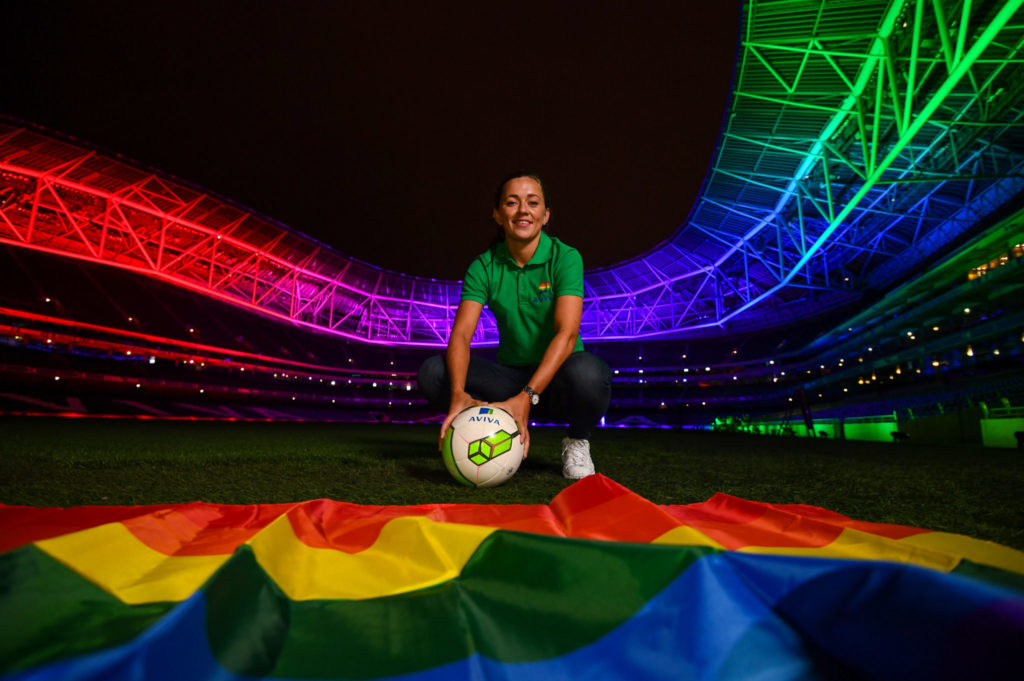 Pictured at the turning on of the lights is Republic of Ireland captain Katie McCabe | Image: Stephen McCarthy/Sportsfile

Shaun McDonald, chief people officer with Aviva Ireland, said: "Our support for Dublin Pride is close to all of our hearts.

"We're delighted to share our message to be yourself and that it's safe to dream.

"This year marks the 50th anniversary of the Stonewall Riots and the creation of Pride, so we're thrilled to light up one of Ireland's iconic landmarks to celebrate everything Pride stands for."

''It's a different story for everyone out there, but your happiness is the most important thing''

We’re incredibly proud to bring two of our most cherished partnerships together – Aviva Stadium and Pride.#SafeToDreamhttps://t.co/FkC7sp9eOt pic.twitter.com/NgUDyXKxGY

Tommy Bowe, Irish rugby legend and Aviva ambassador, said: "I'm delighted to be supporting the Aviva Pride team and to be here for such a momentous occasion as lighting up Aviva stadium in pride colours for the very first time.

"As a sportsperson, it's great to see Aviva colleagues working together as a team to promote diversity and inclusion.

"This initiative really demonstrates the power of people coming together to encourage a culture of openness and doing so in a way that goes beyond words. I'm proud to be offering my support." 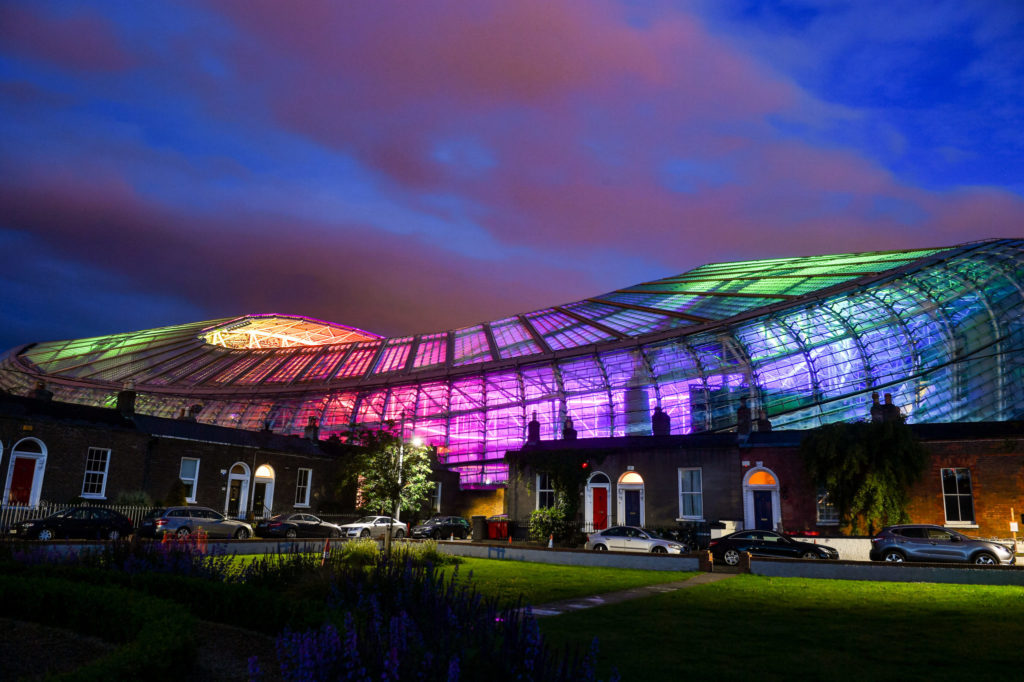 The Aviva Stadium lit up for the first time in Irish history with the colours of Pride | Image: David Fitzgerald/Sportsfile

As well as lighting up the stadium, Aviva are sponsoring the Dublin Pride Run, in aid of a number of Irish LGBT+ charities, and they are the headline sponsor of the 2019 Rainbow Ball, which supports the work of charity Belong To Youth Services.

On June 29th, over 100 Aviva workers, family and friends will march in the annual Dublin Pride Parade.