11-year-old Addison Whelan met Ronaldo after sneaking onto the pitch during last night's game in the Aviva.

This story has been updated - click here for the latest version

A young Dublin girl says it was "definitely" worth running onto the pitch to meet Cristiano Ronaldo, despite being hit with a "big fine" for invading the pitch.

11-year-old Addison Whelan snuck onto the pitch at the Aviva Stadium after last night's scoreless draw with Portugal, hoping to get a glimpse of her sporting hero.

Despite the stewards quickly intervening, the Portugal star gave Addison a hug and handed her his match jersey - a shirt Addison now plans to frame.

Though she got a hefty €3,000 fine for invading the pitch, she says the experience was worth every penny.

Speaking on The Pat Kenny Show, Addison said she jumped over the barrier and was quickly chased by security and stewards. 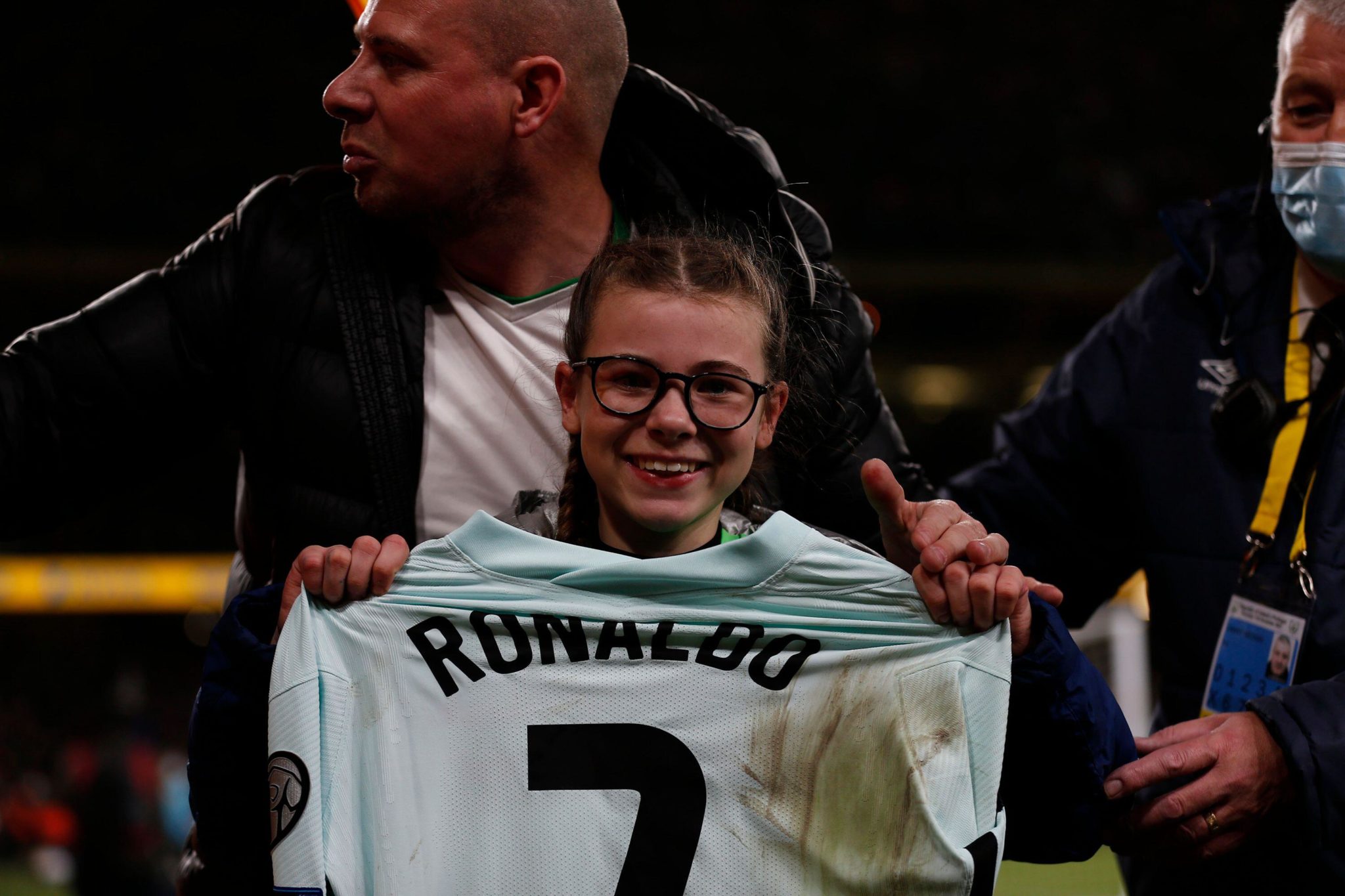 Addison Whelan with the jersey of Cristiano Ronaldo (c) of Portugal after the full time whistle. Picture via: Action Plus Sports Images / Alamy Stock Photo

She said: “When they caught me, I was just screaming his name. [Ronaldo] came over and told them to go away.

“I was like ‘oh my god, can I have your jersey please? I’m a huge fan’. He was like ‘I appreciate that’. When he took off his jersey… I was so shocked.”

Addison - who plays football herself - says she’s now planning to frame the jersey, but she won't be washing it beforehand.

However, she says it was “definitely” worth it.