The Football Association of Ireland say a young girl, who ran on to the pitch of Thursday's Ireland-Portugal match, will not face any fine as a result.

11-year-old Addison Whelan went onto the Aviva Stadium pitch after the scoreless Dublin draw, hoping to get a glimpse of her sporting hero Cristiano Ronaldo.

The Portugal star gave Addison a hug and handed her his match jersey - a shirt Addison now plans to frame.

Initially a pitch invasion fine of €3,000 was levied against her, which she earlier said was worth every penny. 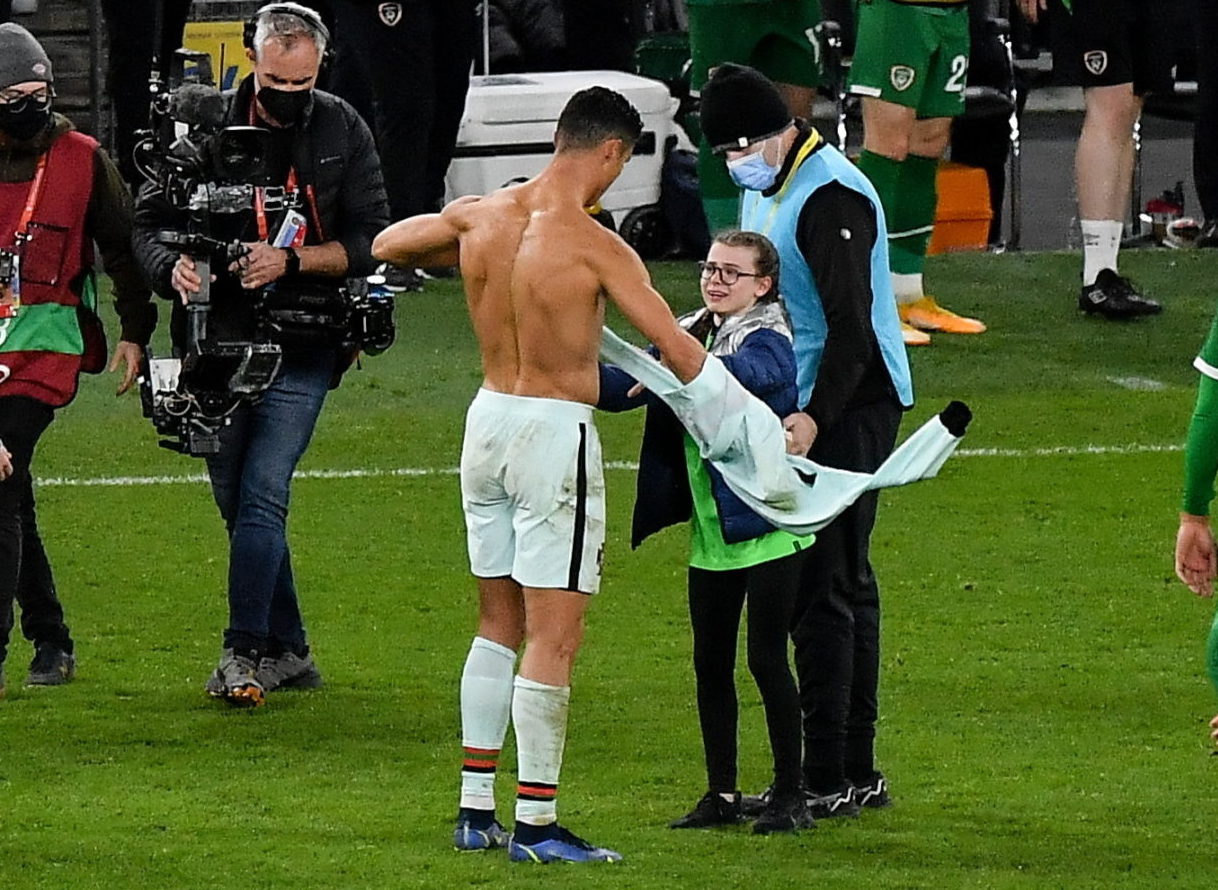 Addison Whelan is greeted by Cristiano Ronaldo before getting his jersey after the final whistle of the FIFA World Cup 2022 qualifying match between Ireland and Portugal at the Aviva Stadium in Dublin. Picture by: Ray McManus/Sportsfile

However the FAI say in a statement this will be waived.

"The Football Association of Ireland can confirm that young fan Addison Whelan will not face any fine for approaching Cristiano Ronaldo and receiving his shirt at the end of the Republic of Ireland-Portugal FIFA World Cup qualifier on Thursday night", it says.

Its media relations director, Cathal Dervan, says: "We want to reassure Addison that of course she will not face any fine for running onto the pitch and asking for Ronaldo's jersey.

"On a serious note we would remind fans at all games that fines are liable to be levied by UEFA in certain instances for entering the field of play, particularly when the game is ongoing and we urge all fans to respect this very sensible rule".

Speaking earlier on The Pat Kenny Show, Addison said she jumped over the barrier and was quickly chased by security and stewards.

"When they caught me, I was just screaming his name. [Ronaldo] came over and told them to go away.

"I was like 'Oh my God, can I have your jersey please? I'm a huge fan'. He was like 'I appreciate that'. When he took off his jersey… I was so shocked."

Main image:  Addison Whelan with the jersey of Cristiano Ronaldo of Portugal after the full time whistle at Dublin's Aviva Stadium. Picture by: Action Plus Sports Images / Alamy Stock Photo